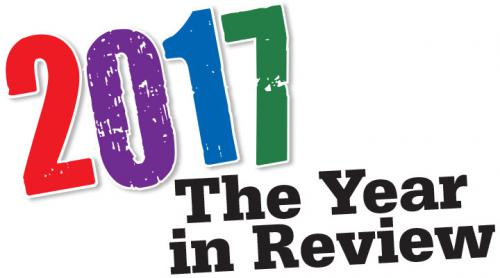 As 2018 begins, I take a look back at some of the pivotal moments over the Stuttering Foundation’s 70th year in 2017. The Foundation was established in 1947 by Malcolm Fraser whose vision of “giving a voice for people who stutter” continues to reach millions of people each year. From a personal perspective, 2017 passed by in a flurry and although I didn’t blog as often as I wanted to, I continued to work with people who stutter in New Zealand whilst staying connected with the stuttering community through social media and the internet. I also presented at the Oxford Dysfluency Conference in September in 2017 (more on this in part 2), completing a personal and professional goal of meeting international fluency/stuttering experts from around the world. I hope you enjoy taking a look back at the first half of 2017 and am sending you good vibes for the rest of 2018.

The first month of 2017 marked some early inspirational pieces posted on the Stuttering Foundation’s Facebook page. Stories from the UK, India, and Denmark all had a recurring theme of living well with and achieving success despite stuttering. In an interview with The Quint, Hrithik Roshan, one of Bollywood’s superstar described his stutter as, “It makes me who I am. I just wish the stigma around such issues were erased from our minds. We all are sufferers in some form and we all are heroes in some form. Don’t feel weak about your shortcomings. Use them to grow.”

With Valentine’s Day approaching, stories about dating and stuttering were popular on social media. StutterTalk featured 2 episodes on this topic, one which featured an interview with Rachel Hoge after her piece on the Washington Post and the other Emily Anderson and Stuttering Foundation President Jane Fraser. Rachel shared that “Those who do make the cut aren’t obvious saints – they’re mostly just patient, perceptive and curious. They aren’t afraid to ask straightforward questions: How long have you been stuttering? Are there treatments available? Is it difficult to deal with?... They engage in conversation as if there’s nothing unique about out exchange, as if stuttering isn’t a problem to be fixed by simply another form of speaking.”

March marked a special milestone with the Stuttering Foundation Facebook page hitting 200,000 followers. With 70 million people in the world who stutter, the Foundation continues to reach out to those who are on Facebook, Twitter and Instagram. Makenzie Cochrane also contributed a wonderful piece on The Mighty thanking her sophomore teacher for giving her the confidence to stutter and speak without fear.

Stories and videos which were published in the last week of March featured in April on the Stuttering Foundation’s Facebook page. 16-year-old Achilleas Souras from Barcelona featured on the Foundation’s website, sharing his firm belief that his stuttering has given him a special affinity toward those that are misunderstood or labelled. American speech language-pathologist and person who stutters, Dan Hudock spoke at TEDx Idaho Falls and his presentation titled ‘Please let me finish my sentence’ was published on the TEDx Talks YouTube channel. Dan’s talk is one to watch over and over again as it he explains why it is so important to let people who stutter finish their own sentences.

May 7-13 was National Stuttering Awareness Week and the Stuttering Foundation celebrated its 70th birthday in New York City. As well as sharing 10 things to do to celebrate stuttering awareness week, the Stuttering Foundation shared stories from around the world with Peter Dhu from Australia talking about self-acceptance to Farah Al Qaissieh sharing her documentary ‘Just Another Accent’ at the Cannes Film Festival’s Short Corner. Locally, James Hayden wrote, “I have come to learn that stuttering is not some terrible thing that defines me as a person, but just one of many aspects that me me. Without my stutter, I do not know where I would be in life or what kind of person I would be. My stutter has made me a better listener, more empathetic towards others, taught me to see people for who they are and not how they look or talk, amongst numerous other things.”

June featured two lovely stories which focused letter writing and story-telling. The Stuttering Foundation website featured James writing a letter to his 10-year-old-self, providing comforting words that despite the challenges during the school years, life does get better and it is important to surround yourself with a great support system. The second story shared on the Stuttering Foundation’s Facebook page was about self-published author, Kim Block, and her book series, ‘Adventures of a Stuttering Superhero’. Block, who stutters herself, wrote the book to teach kids about stuttering and how to be empathetic. I’m looking forward to getting a copy of Adventure #1 myself to add to my library of books about stuttering.

Stay tuned for more reflections on the year that was 2017!