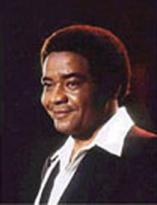 Not motivated in school and struggling with stuttering, Withers dropped out after ninth grade, later to join the Navy. It was in the Navy that for the first time he was able receive adequate speech therapy.

The article in Waxpoetics lists, “...his chronic stutter as one of the possible reasons he stayed in the service for so long, because he used the time to become comfortable with speech and gain self-confidence.”

After his hitch in the Navy, Withers worked in jobs ranging from aircraft repairman to milkman. Finally in 1967, at age 29, he decided to pursue his interest in music.

The famed Booker T. Jones produced his first album, Just As I Am, which was recorded with the MG’s as the backing band along with Stephen Stills. Ironically, the lead single Harlem failed to chart, but its B-side, Ain’t No Sunshine went gold. The song also catapulted  Withers to stardom in the music world, as he won his first Grammy as a songwriter.

Withers follow-up album Still Bill yielded hits such as Use Me, Kissing My Love and Who Is He (And Who Is He to You). However, it is the classic song Lean On Me, which is most remembered, topping the Billboard Hot 100 charts for three weeks in July 1972 in addition to topping the R & B charts.

Between 1972 and 1979, Withers put out five albums. In 1981, he teamed up with saxophonist Grover Washington Jr., both writing and performing lead vocals on Washington’s hit Just the Two of Us, which spent three weeks at number two.

Just the Two of Us garnered him four Grammy nominations that year.

In 1987, Withers received his ninth Grammy nomination and won his third Grammy award on account of Club Nouveau covering Lean On Me and taking it to number one on the Billboard charts. It marked the fifth time in the rock era that a song had reached number one by two different artists.

In this case, it was the first time that both artists who recorded the song were African-American. Withers’ songs have been recorded over the last 36 years by hundreds of artists, such as Barbra Stresiand, Michael Jackson, Aretha Franklin, Sting, Temptations, Paul McCartney, Tom Jones, Joe Cocker and Mick Jagger.

Some articles from past decades credit the newfound fluency that Withers received from his speech therapy in the Navy as giving him the confidence to pursue a career in music.

Unlike many other artists, Withers was able to retain much of his songwriting and publishing rights. Lean On Me alone is said to have turned into a multi-million dollar goldmine over the years with use in movies and advertisements, as well as extensive radio play.