The True Legacy of Lazaro Arbos 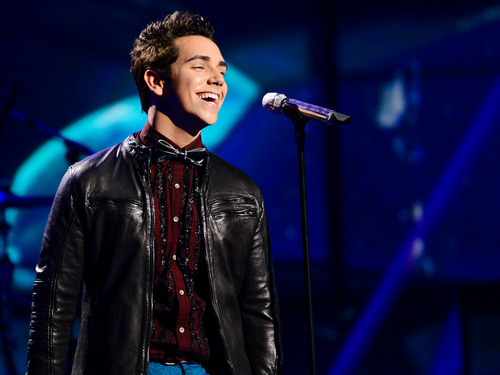 MEMPHIS, Tenn. (April 11, 2013) — Jane Fraser, president of the Stuttering Foundation, had the following reaction to the departure of Lazaro Arbos from American Idol Season 12:

“Since his televised audition on American Idol, Lazaro Arbos has captivated us with both his singing and his stuttering. At first, many people, including the American Idol judges, could not understand how such a beautiful singer could struggle so mightily with saying such simple things: his own name, where is he is from, and what song he will sing, for example. To those who stutter, however, it is a very familiar experience.

“At the Stuttering Foundation, Lazaro’s time on American Idol gave us the daily opportunity to educate people about singing and stuttering – for which we are most grateful. We made the most of it.

“For us, on January 17, 2013, a star was born. Lazaro spoke to the entire stuttering community when interviewed by the American Idol producers. We wanted to hear him speak as much as we wanted to hear him sing. We wanted him to get that golden ticket to Hollywood, and we – the three million people in the U.S. who stutter – collectively cheered when he did.

“In Hollywood, we watched Lazaro brave his turn at the microphone, whether to sing or to speak. What courage; what strength. American Idol, after all, is one of the most-watched shows on American television – and its hot lights, sometimes-snarky judges, packed audience and zillions of viewers can easily intimidate the most fluent speaker and the most talented singer. Not Lazaro.

“To the stuttering community, from day one, he was already a winner and the outpouring we continue to receive via telephone, text, email and Facebook is tremendous. We made it a priority to cover his progress and to wish him well on our Facebook page. Our friends became Lazaro fans, and vice versa.

“Lazaro made the prestigious and all-important American Idol Top 10. He will tour with the other finalists after the program crowns its champion, and experience the daily joy of hearing the screams of his fans. He will visit countless venues, sing lots of songs and give an endless number of interviews about his time on American Idol. He will have every opportunity to pursue his dream of being a performer and a recording artist.

“But more importantly, Lazaro will have a wonderful opportunity to be an ambassador for the stuttering community. Those who stutter have the great fortune of seeing a strong young man succeed. They have the opportunity to watch him work on his fluency on national television, on the news and in concert.

“It is important to understand that Lazaro’s fluency is a work in progress, and just like 68 million people worldwide, Lazaro lives his life one syllable at a time.

“Because of his time on American Idol, and his success as a singer, we will all have the chance to root for Lazaro, and to listen to him every time he steps up to a microphone – whether to sing or to talk. That is the true legacy of Lazaro Arbos.”