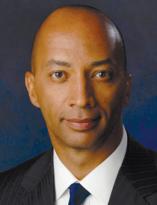 Born in 1960, Pitts graduated from Ohio Wesleyan University in 1982. Beginning as a weekend sports anchor in 1983 at WNCT-TV in Greenville, N.C., Pitts worked his way up the ladder before being named the chief national correspondent for ABC News. Before that, he became a CBS News correspondent in 1998. He later became a contributor to 60 Minutes and the chief national correspondent for The CBS Evening News with Katie Couric.  He has received numerous awards including national Emmys  for his coverage of the Chicago train wreck in 1999 and for his reporting of the Sept. 11 attacks.

Early in life he struggled with many of the same difficulties that are common for young people who stutter. In an interview with CBS News, Pitts stated, “I was bullied through elementary school and much of junior high school … I didn’t have many friends because of my stutter. I was embarrassed a lot of times and out of that embarrassment came anger and isolation.”

In his book Pitts noted, “… from my childish perspective, I was simply a freak: the strange one, the one who couldn’t get the words out, couldn’t do a simple thing like speak clearly. For me, it was like living as a prisoner inside a cell … and the times I just wanted lemonade in the school cafeteria but could only say the word soda. I’ve never liked soda. Would never drink it if I had the choice…. At the time self-esteem was a term with little meaning in the world of a child, but it’s clear to me now I had very little self-esteem back then.”

Dr. Ed Robinson, a speech communications professor at Ohio Wesleyan, took an interest in Pitts and led him toward the path to fluency. Dr. Robinson and a Ohio State colleague worked with Pitts over the course of the next year on speech exercises which culminated in Pitts never stutterering while on live radio. Pitts was encouraged to host a program at the radio station and used the technique of singing his sentences to transition between the words without taking a breath.

“Through the years I have talked with skilled speech pathologists who talk about the dark ages of working with people who stutter. Many of the things Dr. Robinson had me do were long ago cast outside as outdated. Today, there are a number of institutions that work faithfully and skillfully with people of all ages who stutter. I have done a few news stories on stuttering but have never sought specialized training. I could certainly still use it. There are words with which I still struggle. Phrases I avoid.” Pitts noted.

He does tell of the time he stuttered on TV during a live shot when Terrell Harris and Pitts were both covering a case of government corruption. To avoid stuttering, he prepares and rehearses what he has to say. However Pitts states, “….. rather than hearing the introduction I expected on the corruption story, the anchor asked me a question about the weather. I froze. I was unable to react quickly to the unexpected question. In trying to respond, I stuttered. I intended to say that it had started to snow when we first arrived this morning. But it came out as ‘s-s-s-s-s-snow”. I looked at my feet to try to kick-start my brain.”

“That night I ate my dinner alone in an edit suite and watched that live shot over and over again. I made a copy on VHS tape and took it home so I could watch it again. I wanted to see if there was a way to prevent something like that from ever happening again. But the shame has never left me.”

The multiple challenges Pitts had to overcome in his early years are truly inspirational. While the most dominant challenge covered by the press since the release of Step Out on Nothing has been his years of illiteracy, Pitts’ openness about his stuttering has brought great attention to this disorder. It is safe to say that Byron Pitts is a role model for a generation of young people who stutter.