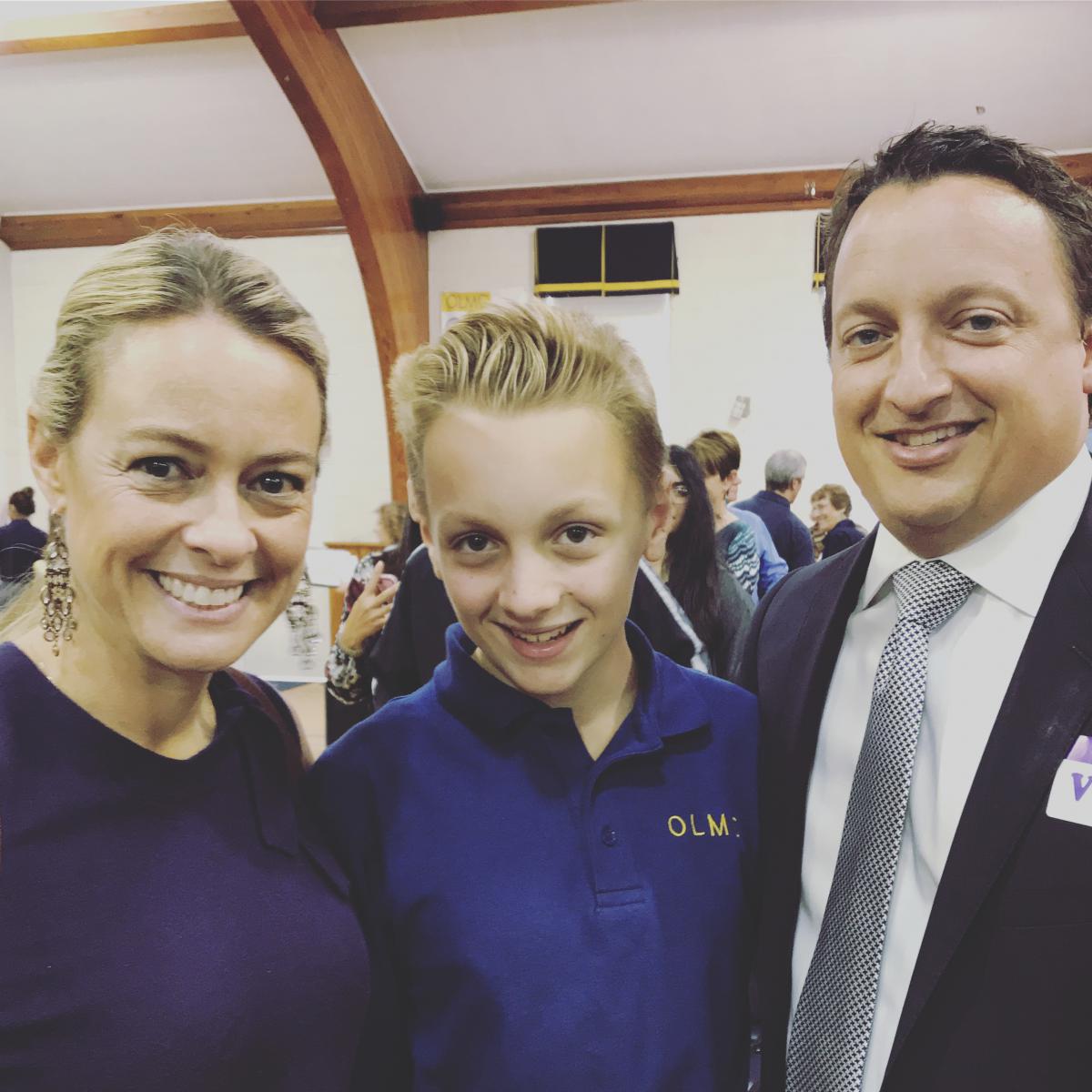 Running down my basement stairs, barefoot in pajamas, I call back to her... "Yes, m-m-mom."

Entering the small cramped office, passing by the mountains of papers, over her shoulder I read.
"The E.V.M.S. Fluency Program"

Fluency Program? Why is she looking at that? Where is this going? Did she find a technique? Maybe, a cure?

She was always looking at this sorta stuff, mostly to understand what I was going through. No one knows what I go through every day. Sure, they see my jaw quivering, the unnecessary facial movements and head motions, muscle tension, and the embarrassment I show every time I speak, but they don't understand what it feels like. The simplest way I compare it is it's like trying to talk while holding your breath.

But this seemed different. The excitement in her eyes. The proudness she showed through her grin, and I had not yet known that this very moment would change my life completely.

She explained the program to me. What it would do, how much they know, and some videos of actual "patients" that had gone through the program. What they sounded like before and after. It was unbelievable that those stutterers were speaking so fluently. But what amazed me the most was not how bad they stuttered, but more of their age. Almost everyone I saw in those videos were in their 30's, 40's, even 50 and older! I had only seen one kid my age out of 20 videos! There was one thing that almost every adult said in those videos. They all said...

"I wish I found this program sooner."

It had me thinking if I grow up and not take this opportunity now. When? When would I go there? Would I be telling myself the same thing? When she asked the question I knew immediately and said...
"Y-yes"

"Now, lie down on your backs, relax, and practice some Full Breath and I'll come back and check on you guys in 15 minutes." Ross said.

For those of you wondering Full Breath was a target he just taught us. Stutterers have a tendency to develop an incorrect breathing habit that causes less air for us to talk and this causes a blockage making us having to repeat syllables. This technique would teach us to correct that old breathing habit and let more air fill in the lungs.

Hands on my stomach- well diaphragm- lying on the ground, and breathing. Just breathing. And more breathing. Breathing and waiting.

Now most of you would find it strange just lying on the ground and breathing next to strangers. I was next to 6 other adults and mostly men. And just as you'd expect from the videos I was the only kid there. Now you can visualize the situation. All of us lying down in a specific pattern making room for someone else to lie down, in dead silence. And as a kid you'd think it be an even more awkward situation but it wasn't weird at all. In fact, I really connected with them. We all could easily bond because we all shared a similar trait. Our stutter. And you'd expect them to talk to me, well like a kid but I had some deep conversations with them. There was this one adult in his 20s and he celebrated the Jewish faith. We had an entire conversation on what we believed in and practice. I got to learn about a new faith that day and it gave me a better understanding of what others believe in.

This specific exercise, Full Breath, sticks out from the rest because it was an odd moment yet an important day for me. That exercise would be one of the most important fundamentals I'd use to control my stutter.

"Let's get out and transfer!" Ross softly shouted in my iPod causing me to fall out of my chair. Today we were going to do probably one of the hardest things to do as a stutterer.
Going... to the mall.

Yes I know. Most of you are probably thinking how is that difficult or scary. It's not that we don't like going to the mall, it's the talking. The mall is one of the biggest places large crowds of people go to. Some of which you have to talk to. Now for stutterers it's bad enough trying to read a paragraph in a classroom out loud to your friends but in front strangers it's a nightmare. Now I'm probably better than most people about talking in front of others with my situation but there are some people that will avoid talking whenever they get the chance.

We all grab our jackets and head out. Now they wouldn't have a 4th grader walking around the mall by themselves so I had to go with someone. It was definitely a lot easier going with someone with me rather than being alone and some of the adults were probably wishing they were my age right then. I went with Bryan, a 22-year-old graduate from college and the closest person I connected with the most during the program. We walked into shops asking them what new items they had. The scariest part had to be walking up to them. The suspense leading toward the destination. The what ifs and what could go wrong going through your head. But at the end of the conversation you get a feeling of relief and accomplishment come over you and in that moment you could do anything at that point.

We finally left and went back to the office. We shot the after part of our before and after video. He shot the before video the first day we walked in there. We took the disc home to watch it whenever I want to see myself before and the new person I became. We said our goodbyes, I handed Ross the custom thank you card I made him for helping me, wished everyone the best of luck in the future. And when I was leaving I thought of all the opportunities I can now look forward to in the future. I could talk to my friends and not have to struggle with saying "Hi" to them. To be honest if I did struggle with that in the future again they couldn't care less if I stuttered. And I'm really fortunate to have a group of friends that do not judge me because I stutter. And it's strange to realize what sometimes happens to us. Weaknesses becoming our strengths. Bryan who I just mentioned and a few other people who went to the foundation were approached by a news reporter about a question. They came back telling us and joked that they could have picked anybody in that entire food court and they chose a group of stutterers. I also recently learned there are a lot of celebrities that stutter like Steve Harvey and James Earl Jones (The voice of Darth Vader). They didn't let that hold them back and I don't want it to hold me back either.

I'm proud to say that I'm now acting in our school play, reading at mass, presented my D.A.R.E. essay to my friends and parents, and putting myself out there more. Those are just a few things I never could have imagined doing before the program and I'm very thankful for it.

Editor's Note: The Stuttering Foundation makes available lists of individuals and intensive clinics that may assist you in treating stuttering. Our lists cannot be all inclusive, and we cannot warrant or guarantee therapy results. Stuttering therapy is different for each person. There is no "one-size-fits-all" nor is there a "cure" for stuttering at this time. Methods that help one person may or may not be effective for another. And each individual will influence their own transfer and maintenance. We are happy to share Liam's positive experience as encouragement and education about stuttering to others but in no way endorse or promote any particular program.