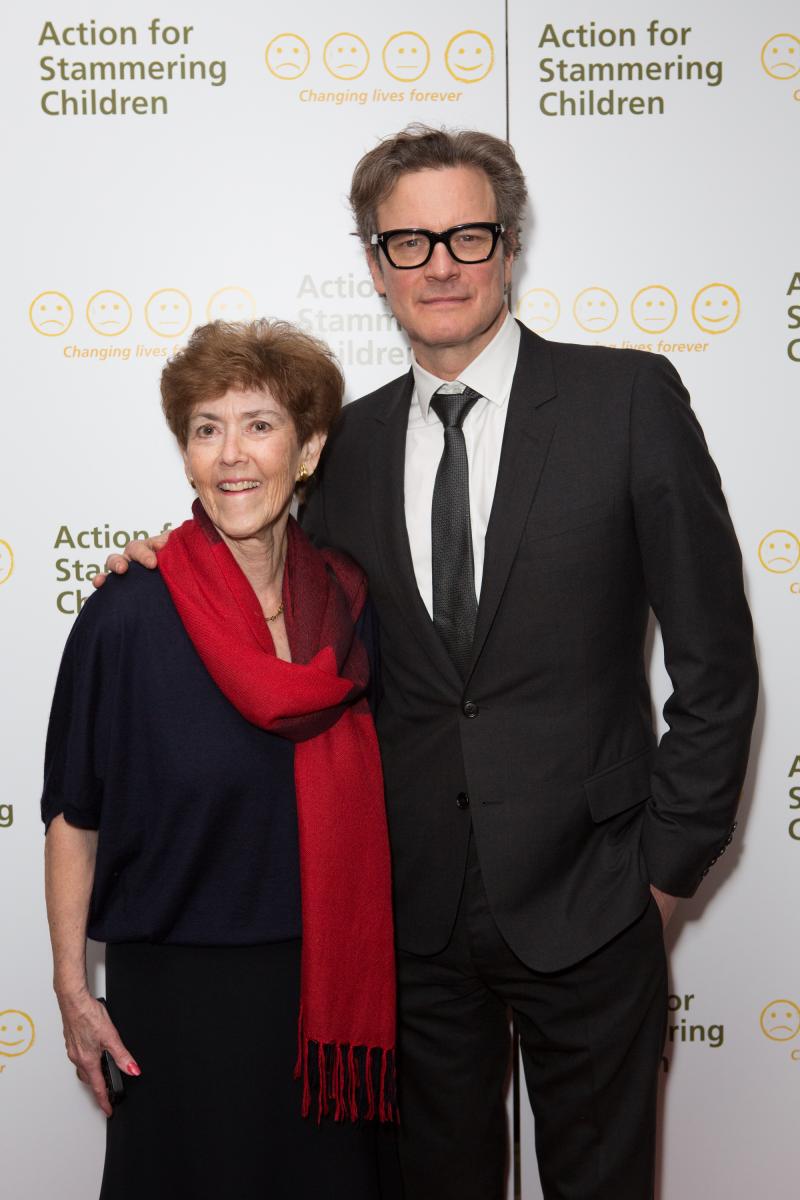 MEMPHIS, Tenn. (February 25, 2015) — Four years after winning an Oscar for his role as the monarch who stuttered in The King’s Speech, Colin Firth (pictured with Stuttering Foundation President Jane Fraser) launched a major fundraising campaign on behalf of Action for Stammering Children aimed at increasing support and training for speech and language therapy at an event in London.

“The King’s Speech was a turning point in history for the stuttering community, bringing worldwide attention, mainstream understanding and hope for those that struggle to speak,” said Fraser. “Colin’s commitment to helping children is key to helping families unlock the mystery of stuttering,” added Fraser.

Foundation Spokesperson Jane Fraser
Jane Fraser is president of The Stuttering Foundation and co-author of If Your Child Stutters: A Guide for Parents, 8th edition. She is also vice president of the Action for Stammering Children, Michael Palin Centre, London.