New Memoir by Lead Singer on "My Generation," the Most Famous Stuttering Song in Rock History 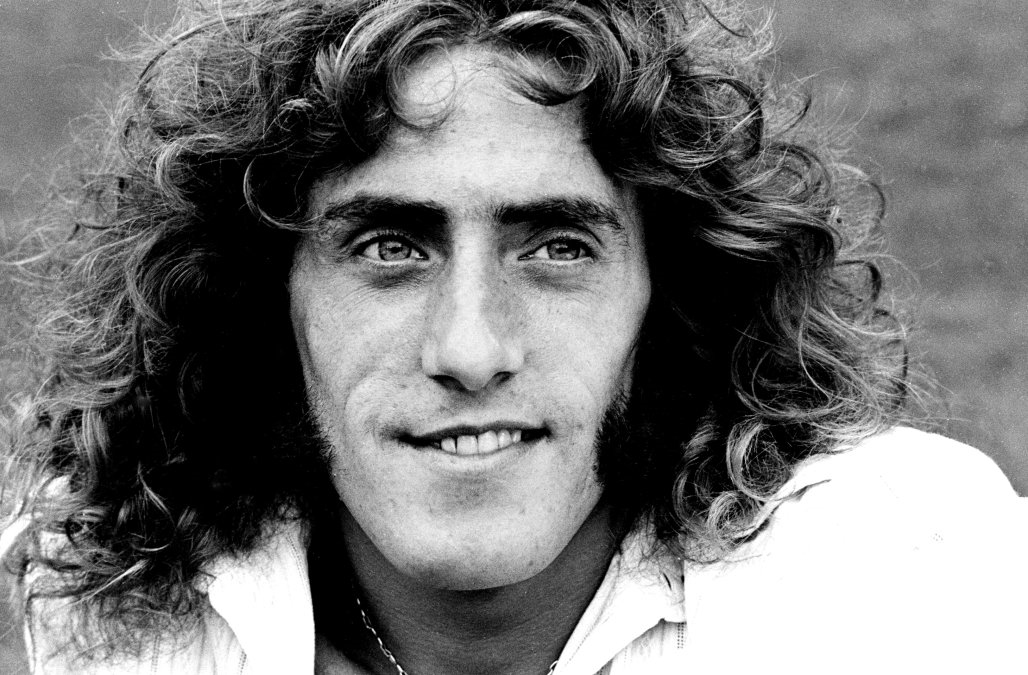 As lead singer of The Who, Roger Daltrey provided lead vocals for “My Generation,” the 1965 anthem which is considered to be the most famous of the many rock songs with stuttering vocals. In October 2018 Daltrey released his memoir Thanks A Lot Mr. Kibblewhite: My Story. It is no surprise that “My Generation” was cited as the 11th greatest song by Rolling Stone on its list of “The 500 Greatest Songs of All Time” and 13th on VH-1’s list of “The Hundred Greatest Songs of Rock & Roll.”

In 2011, the Stuttering Foundation issued a press release headlined “Stuttering to the Top of the Charts” which named “You Ain’t Seen Nothing Yet”, a 1974 number hit in both the U.S. and Canada for Bachman-Turner Overdrive, as the top stuttering song of all time on account of the fact that the song was inspired by an actual person who stutters who later found fluency through speech therapy. The press release was followed by a feature article in the Winnipeg Free Press, the hometown newspaper of Bachman-Turner Overdrive, entitled “BTO Song Singled Out,” which went over the Canadian wire service and appeared in almost every daily newspaper in Canada.

“My Generation” ranks as the most widely known song with stuttering vocals of all time. It was released on October 29, 1965, and reached the number two position on the British pop charts, but failed to crack the Top 40 in the U.S., stalling at number 74 on the Billboard Hot 100. However, the song remains a staple of classic rock stations worldwide. The song appeared on the band’s 1965 debut album My Generation and is The Who’s highest ranking chart single in their native UK. Surprisingly, the song almost did not receive any airplay because the BBC initially banned the song citing it as being offensive to people who stutter. However, because of the widespread popularity of the song, the BBC lifted the ban and allowed it to be played on the airwaves after pirate radio stations gave it heavy airplay in addition to over 300,000 copies of the single being sold. A 26 October 2017 article “8 Songs Banned by the BBC for the Strangest of Seasons” appeared on the BBC website and tells the amazing story of how the BBC at first banned the song out of deference to the feelings of people who stutter.

“My Generation” was written entirely by Who guitarist Pete Townshend, who recorded a few demos of the song on his own. The second and third demos featured Townshend using stuttering vocals. In his 2012 autobiography Who Am I, Townshend asserted: “Chris picked up on a stutter on my vocal on the second demo, so I played him John Lee Hooker’s ‘Stuttering Blues.’ Roger had been experimenting with stuttering on stage ever since Sonny Boy Williamson Jr had joined us on harmonica at our first Marquee dates; Sonny Boy used a stutter rhythmically when he sang. Before I completed the third demo we experimented until the stutter became exaggerated and obvious.”

Of course, famed blues guitarist John Lee Hooker was a person who stuttered and was profiled in a Celebrity Corner article for the Stuttering Foundation newsletter entitled “B.B. King and John Lee Hooker: Blues Legends Have Many Things in Common.” Hooker’s 1953 classic “Stuttering Blues”, which inspired Townshend to use stuttering vocals in the demo of “My Generation”, is considered to be a self-parody.

The song “My Generation” itself was purposely angry to reflect the angst of the “Mod” generation in England. Critics at the time cited that the song “encapsulated the angst of being a teenager” and that it was a “nod to the Mod counterculture.” However, one specific incident contributed to fuel Townshend’s tone of anger when writing the song. As fate would have it, the song was written on Townshend’s twentieth birthday, 19 May 1965, on a train ride from London to Southampton, a train ride that was necessary due to the fact that his 1935 Packard hearse had been towed away from its parking spot in front of his house on Chesham Place, the road between Clarence House and Buckingham Palace. In his autobiography, Townshend recounted an incredible chain of events:

“At some point it disappeared. I feared it had been stolen, but when I reported this the police told me it had been towed away. Someone important had complained about it. It emerged that it had been impounded at the request of the Queen Mother. She had to pass it every day, and complained that it reminded her of her late husband’s funeral. The bill to recover the car was over 200 (pounds), an absurdly large sum of money…. I agreed, and resentfully dedicated ‘My Generation’ to the Queen Mother.”

Of course, it is a stunning irony that the most famous song with stuttering vocals was chiefly inspired by an action of the Queen Mother, whose late husband, King George VI, was an incredibly famous person who stuttered whose life story and struggles with stuttering were brilliantly captured in the 2010 Oscar-winning and BAFTA-winning movie The King’s Speech, which brought a massive amount of attention to stuttering worldwide and fostered a new level of understanding about the speech problem.

In his memoir Thanks a Lot Mr. Kibblewhite: My Story, Roger Daltrey addressed the use of stuttering vocals in “My Generation”. “I tried to follow him and I stuttered on the first line. Next take, I corrected it, but Kit popped out and said, ‘Keep it. Keep that in.’ Pete had a long ‘fffff’ in the demo. ‘Why don’t you all ffffffffade away?’ But it wasn’t a stutter. Not until Kit came out and said keep it. ‘Keep that blues stutter.’ And it worked. To me, it wasn’t a sign of weakness. It wasn’t a slip of the tongue.”

Later he commented, “….we were all in the mood for a bit of aggression. We were in the mood to tell everyone to f-f-f-fade away. So the stutter stayed.”

It is most ironic that in light of the fact that Pete Townshend wrote “My Generation”, the most high-profile of all the rock songs with stuttering vocals, that he also wrote possibly the only song in the rock era to mention the actual word “stuttering”. From his 1982 solo album All the Best Cowboys Have Chinese Eyes, the song “Face Dances, Pt. 2” has the lyric, “I can’t be distracted by the stuttering of the kids”. Released when the MTV network was less than a year old and played music videos 24/7, there was not an abundance of videos at the time and the video for “Face Dances, Pt. 2” received regular airplay in the summer and fall of 1982. When Townshend sings the line about stuttering, the video shows a mechanical head with the mouth moving, possibly to simulate stuttering.

“Face Dances, Pt. 2” appeared on this Townshend solo album because the song did not make the cut for The Who album Face Dances, released the previous year in 1981. Face Dances was the band’s first album to feature drummer Kenney Jones, who was asked to join the band after the tragic September 1978 death of original Who drummer Keith Moon.

The title of Roger Daltrey’s highly anticipated memoir, Thanks a Lot Mr. Kibblewhite: My Story, refers to the headmaster of Daltrey’s school, Mr. Kibblewhite, who expelled the 15 year old troublemaker Daltrey for an offense the future rock star claims he never committed. Mr. Kibblewhite told him, “You’ll never create anything in your life, Daltrey”, which gave him the freedom to leave school and devote all his efforts to music. The Who staged a highly successful 50th anniversary tour from 2014-2016, continues to tour and recently announced a 2019 tour. As the final act in the closing ceremonies of the 2012 summer Olympics in London, the last song they played was “My Generation”, thus keeping the song on the international radar screen 47 years after its release. It is likely that no other song will surpass this Who classic as the most famous song with stuttering vocals.