Blues Legends Have Many Things in Common 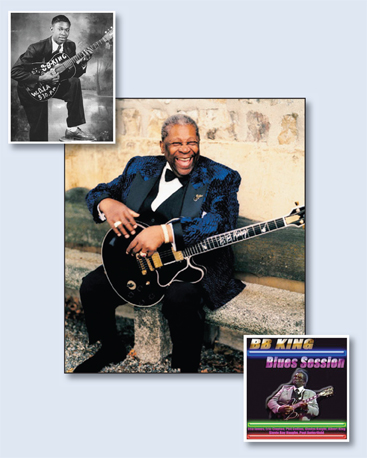 B.B. King and John Lee Hooker have much in common. Born in Mississippi only a few years apart, both are considered among the best blues guitarists of all-time. Both King and Hooker have been inducted into The Rock and Roll Hall of Fame. However, what the public may not know is that they have another thing in common: stuttering.

B.B. King was born Riley B. King in 1925. Listed as number three on Rolling Stone’s list of the 100 greatest guitarists of all-time, King’s career and accomplishments are legendary, yet his stuttering has received scant attention over the years.

B.B. stuttered from the time he was a child. According to Everyday I Sing the Blues: The Story of B.B. King by David Shirley, while in grade school King attended the lively Pentecostal church services, and it was there that he discovered he had a special gift for music. People were amazed that he could sing so beautifully without stuttering. The church’s pastor contended that it was the Holy Ghost who sang so gracefully through B.B.’s throat when the young lad joined the choir.

In his 1996 autobiography, Blues All Around Me: The Autobiography of B.B. King, King wrote, “I struggle with words. Never could express myself the way I wanted. My mind fights my mouth, and thoughts get stuck in my throat. Sometimes they stay stuck for seconds or even minutes. As a child, I stuttered. What was inside couldn’t get out. I’m still not real fluent. I don’t know a lot of good words. If I were wrongfully accused of a crime, I’d have a tough time explaining my innocence. I’d stammer and stumble and choke up until the judge would throw me in jail. Words aren’t my friends. Music is. Sounds, notes, rhythms. I talk through music.”

King faced the typical difficulties faced by many children who stutter. However, he had role models who stuttered. His Uncle Major was a severe stutterer and King wrote of him, “Probably because I stuttered too, the way he suffered with his speech broke my heart and made me love him even more. There was a silent bond between us. Unlike others, I could feel what he wanted to say and sometimes said it for him.”

His great-grandfather, Pop Davidson, who had been a slave, was a major influence on King’s life and also stuttered. King’s admiration for his great-grandfather helped him accept his own stuttering. When discussing their stuttering bond in his autobiography, King wrote of his great-grandfather, “Sometimes I wondered about Pop’s stuttering, which unlike Uncle Major’s, frustrated him like crazy; I wondered if a speech impediment has to do with a boiled-up fury inside. Why did I stutter? Classmates were cruel and called me stupid, teasing me something fierce. But I never saw anyone tease Pop Davidson.”

Countless times in his life, King has stated that singing was always easier than speaking. He claims that his stuttering has decreased over the years but is always there. 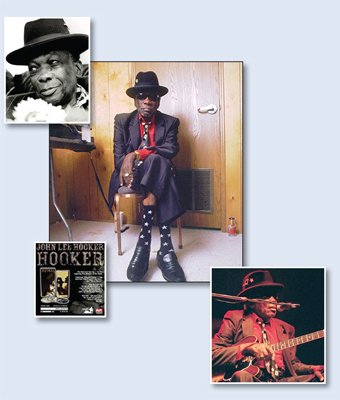 John Lee Hooker, born in 1915, also took refuge in music at an early age as he struggled with stuttering. In the biography
Boogie Man: The Adventures of John Lee Hooker in the American Twentieth Century, author Charles Shaar Murray states, “Hooker sounds as if he has $100,000 worth of sophisticated digital goodies built in his chest and his throat. Yet his voice is quiet and muted, its tonal richness offset by a residual stammer and blurred by the deepest alluvial accents of the Mississippi Delta.”

Murray also writes about how so many people do impressions of Hooker and that his stuttering is a big part of it. “Anybody who tells you an anecdote about John Lee Hooker as a young man – and Buddy Guy is the current champ, by a very short head indeed, of the Hooker Impressionists League – will inevitably end up mimicking his characteristic stutter.” Also, Bernard Besman, the producer who first recorded Hooker, claims that the primary reason for his decision was that he was intrigued by the scenario of a man who stuttered when he spoke, but not when he sang.

Reportedly in a spirit of self-parody, Hooker used an exaggerated stutter when telling stories against himself.

In 1980, Hooker appeared and sang in the now classic movie, The Blues Brothers. As a result, the look of John Belushi’s character, Jake Blues, was directly influenced by Hooker’s trademark sunglasses and soul patch.

Though his stuttering reduced to some degree in his adult life, Hooker is remembered by friends as putting them at ease about his stuttering by being able to poke fun at his speech in a soft way.

To list all of the accomplishments of these two famed blues guitarists would be a major task. B.B. King and John Lee Hooker have an infinite number of CDs available on Amazon.com and to say that the two are well represented on YouTube is an understatement. It is disheartening to think that the general public does not know that the two greatest blues guitarists of all-time shared the common bond of stuttering and that their speech problems were responsible for leading them to music at an early age and on their way to international superstardom.