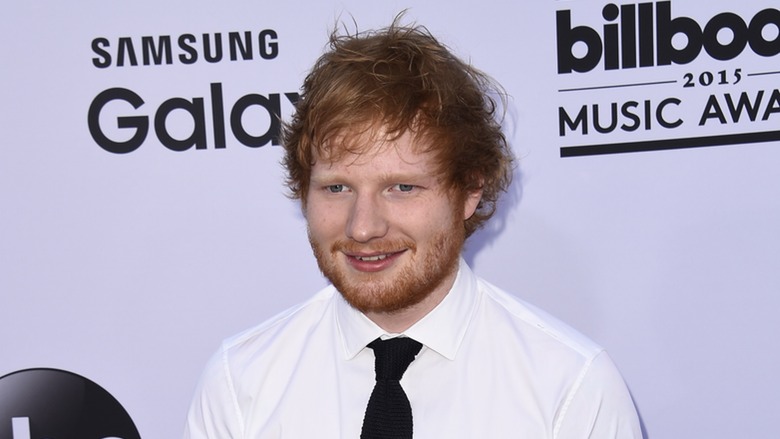 Now a seasoned singer/songwriter, Ed Sheeran first burst onto the music scene with his hit single, The A Team, in 2011. Sheeran hit No. 1 on the iTunes chart before even signing with a record label. Since then, songs like Give Me Love and Thinking Out Loud have kept Sheeran at the top of the charts. He is also widely recognized for collaborating with big artists such as One Direction and Taylor Swift. But before reaching A-level status, winning Best British Male Solo Artist and becoming one of today’s most popular artists, Sheeran dealt with stuttering as a child growing up in England.

In a June 2015 honorary speech, Sheeran shared what he felt was the hardest part about dealing with a stutter: “The thing that I found most difficult about it was knowing what to say but not really being able to express it in the right way.” For years, Sheeran tried a variety of speech therapies to help with his stuttering, but it was memorizing music that he said helped him effectively remedy his stutter. “I got heavily into music at a young age, and got very, very into rap music,” Sheeran said. “Eminem was the first album that my dad bought me. He bought me the Marshall Mathers LP when I was nine years old, not knowing what was on it. And he let me listen to it, and I learned every word of it back to front by the age I was 10.”

Sheeran elaborated on listening to Eminem’s music on repeat, saying, “he raps very fast and very melodically, and very percussively, and it helped me get rid of the stutter.” The singer told the audience to embrace their inner weirdness: “Just be yourself. Embrace your quirks.” Sheeran then shared his advice for coping with stuttering with the audience: “Work through it and get the treatment that you want to get, but … don’t see it as a plight on your life, and carry on pushing forward.”

In an interview with ABC News, Sheeran talked about how kids often worry about fitting in, but that, “the moment you stop trying to fit in is when stuff fits around you.”

Sheeran certainly hasn’t let his stuttering limit him in his career; tickets to his stadium concerts sold out in less than three minutes. The secret to his success? “Don’t be scared to be honest with yourself and with the people that love you.” Ed Sheeran’s acceptance of his stutter and his will to persevere in spite of it is a true inspiration to the stuttering community.