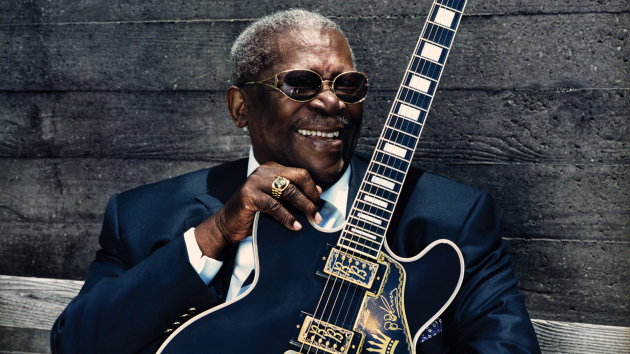 B.B. King was born Riley B. King in 1925. Listed as number three on Rolling Stone's list of the 100 greatest guitarists of all-time, King's career and accomplishments are legendary, yet his stuttering has received scant attention over the years.

B.B. stuttered from the time he was a child. According to Everyday I Sing the Blues: The Story of B.B. King by David Shirley, King attended lively Pentecostal church services while in grade school, and it was there that he discovered he had a special gift for music. People were amazed that he could sing so beautifully without stuttering. The church's pastor contended that it was the Holy Ghost who sang so gracefully through B.B.'s throat when the young lad joined the choir.

In his 1996 autobiography, Blues All Around Me: The Autobiography of B.B. King, King wrote, “I struggle with words. Never could express myself the way I wanted. My mind fights my mouth, and thoughts get stuck in my throat. Sometimes they stay stuck for seconds or even minutes. As a child, I stuttered. What was inside couldn't get out. I'm still not real fluent. I don't know a lot of good words. If I were wrongfully accused of a crime, I'd have a tough time explaining my innocence. I'd stammer and stumble and choke up until the judge would throw me in jail. Words aren't my friends. Music is. Sounds, notes, rhythms. I talk through music.”

King faced the typical difficulties faced by many children who stutter. However, he had role models who stuttered to help him deal with his struggle. His Uncle Major had a severe stutter and King wrote of him, “Probably because I stuttered too, the way he suffered with his speech broke my heart and made me love him even more. There was a silent bond between us. Unlike others, I could feel what he wanted to say and sometimes said it for him.”

His great-grandfather, Pop Davidson, who had been a slave, was a major influence on King's life and also struggled with stuttering. King's admiration for his great-grandfather helped him accept his own stuttering. When discussing their stuttering bond in his autobiography, King wrote of his great-grandfather, “Sometimes I wondered about Pop's stuttering, which unlike Uncle Major's, frustrated him like crazy; I wondered if a speech impediment has to do with a boiled-up fury inside. Why did I stutter? Classmates were cruel and called me stupid, teasing me something fierce. But I never saw anyone tease Pop Davidson.”

Countless times in his life, King has stated that singing was always easier than speaking. He claims that his stuttering has decreased over the years but is always there. Many members of the stuttering community can relate to King’s statements as they deal with stuttering in their own lives. However, King’s life is proof that those who stutter, even as adults, can go on to achieve their goals.