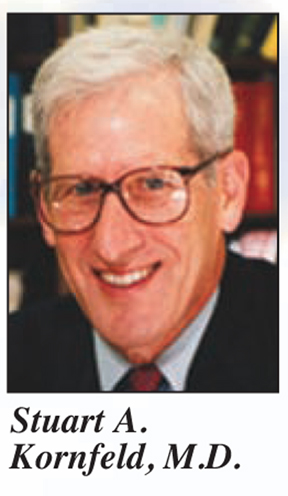 Researchers at Washington University School of Medicine in St. Louis have shown that at least some persistent stuttering is caused by mutations in a gene governing not speech, but a metabolic pathway involved in recycling old cell parts.

Beyond a simple association, the study provides the first evidence that mutations affecting cellular recycling centers called lysosomes actually play a role in causing some people to stutter.

“This was extremely unexpected,” says senior author Stuart A. Kornfeld, MD, PhD, the David C. and Betty Farrell Professor of Medicine. “Why would impairment in a lysosomal pathway lead to stuttering? We don’t know the answer to that. Partly because we don’t know very much about the mechanisms of speech, including which neurons in the brain are involved. So we can’t fully explain stuttering, but now we have clues.”

Genetic clues to stuttering were first identified in a paper published in the New England Journal of Medicine in Feb. 2010. In it, Dennis Drayna, PhD, a senior investigator with the National Institute on Deafness and Other Communication Disorders and a co-author on the current study, and his colleagues reported results of genetic studies on members of a large Pakistani family, many of whom stutter.

Among most of the stuttering family members, they found mutations in three genes involved in directing proteins to the lysosome. These same mutations were present in many unrelated individuals in Pakistan, North America and Europe who stutter, but not in those with normal speech.

“They found mutations in three genes that encode a pathway for directing newly made lysosomal enzymes to the lysosomes,” Kornfeld says. “And it turned out to be a pathway we discovered years ago. So this is a nice collaboration.”

Until now, one of the three genes, NAGPA, had not been implicated in any human disorder. This is where Kornfeld and Wang-Sik Lee, PhD, research instructor in medicine at Washington University, chose to begin their in-depth biochemical investigation of the mutations that Drayna’s group identified.

NAGPA encodes an enzyme responsible for the last step in “addressing” proteins to the lysosome. Drayna’s work identified three separate mutations in NAGPA in individuals who stutter. And according to Lee’s biochemical analysis, all three of the mutations impaired the enzyme, but each did so in a different way. In general, mutations in a gene often cause the resulting protein to be folded into the wrong shape. Cells are very good at recognizing misfolded proteins and destroying them.

In this case, Lee’s biochemical analysis shows that two mutations appear to trap the proteins in the cell’s protein manufacturing center, though some get out before being destroyed.

“It’s not an all or nothing thing,” Kornfeld says. “Of the material that does get out, its activity is normal.”

But the third mutation causes a larger folding problem and the proteins are destroyed just minutes after being made.

Such findings offer a glimpse at possible future therapies for stuttering. For two of the mutations at least, the problem is not that the protein can’t recycle, but rather that it can’t get out of the cell’s protein manufacturing center and go to the lysosome. If some compound can be found that helps the protein escape, Lee’s work suggests that it would function normally. But Kornfeld cautions that this type of therapy for stuttering is a long way off.

“There are billions of neurons in the brain, and we have very little idea which neurons are involved in speech,” he says. “Our main finding is that these three mutations in NAGPA in people with persistent stuttering all have harmful effects. This is biochemical evidence that these mutations are meaningful, and not just markers of some other genetic change that is the real cause.”

Having described the three harmful mutations in NAGPA, Kornfeld’s group is now performing biochemical analyses on the other two mutated genes Drayna’s group identified – GNPTAB and GNPTG. Drayna and his colleagues estimate that these three mutated genes account for only about 10 percent of people who stutter with a family history. As such, they are continuing the search for additional genes responsible for stuttering.

The research is available in the Journal of Biological Chemistry.

References
Lee WS, Kang C, Drayna D, Kornfeld S. Analysis of mannose 6-phosphate uncovering enzyme mutations associated with persistent stuttering. Journal of Biological Chemistry. Nov. 18, 2011.
Kang C, Riazuddin S, Mundorff J, Krasnewich D, Friedman P, Mullikin JC, Drayna D. Mutations in the lysosomal enzyme-targeting pathway and persistent stuttering. The New England Journal of Medicine. Feb. 2010.
This work was supported by grants from the National Institutes of Health (NIH) and from the National Institute on Deafness and Other Communication Disorders, which is a part of the NIH, and from the Malcolm Fraser Foundation.