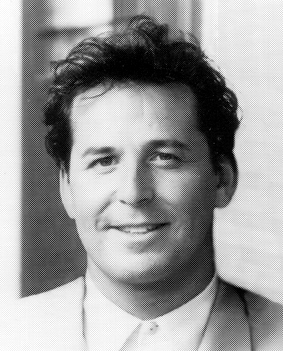 We at the Stuttering Foundation are extremely grateful to have received some pro-bono assistance in promoting the Foundation's work recently from Hollywood-based British producer and marketing strategist Martin Lewis. He provided us much valuable guidance on how we could take healthy advantage of the recent interest in stuttering generated by the film The King's Speech. Among other things, he assisted us by securing and placing powerful op-ed pieces by Michael Palin (of Monty Python) and Byron Pitts (of CBS Evening News and 60 Minutes) that drew considerable attention to the Foundation's work. Here's the background of how we received the benefit of his assistance.

For the past 30 years, Martin has been known as an award-winning "go- to" marketing strategist on films, music and other entertainment projects that benefit from special handling. In the 1970s and 1980s he worked with comedians such as Monty Python, Peter Cook & Dudley Moore, Rowan Atkinson, Billy Connolly - and with musicians such as Pete Townshend, Sting, Eric Clapton, Bob Geldof, Paul McCartney and George Michael. In the 1990s, he handled the US marketing of the Beatles' Anthology and Live At The BBC projects; in 2000, he won the advertising industry's equivalent of the Oscar (The One Club Award) for his campaign for the reissue of the Beatles' film A Hard Day's Night; in 2005 he worked on the successful campaign to secure the Best Picture Academy Award for the movie Crash. So he was a natural choice to be engaged by Harvey Weinstein - the executive producer and distributor of The King's Speech - to work on the Academy Award campaign for that film.

Martin's first call was to the Stuttering Foundation and he developed various strategies to benefit both the film and the Foundation. He encouraged us in our outreach and instigated the op-ed pieces written by Michael Palin and Byron Pitts. He also arranged for a Stuttering Foundation public service announcement to appear on the forthcoming DVD and Blu-ray editions of The King's Speech.

Incidentally, Martin is a very old friend of Harvey Weinstein - dating back to 1982 when Weinstein's fledgling company Miramax Films distributed The Secret Policeman's Other Ball - the Monty Python- starring film that Martin produced for human rights organization Amnesty International. In addition to producing that film, Martin also masterminded its attention-grabbing marketing campaign.Harvey Weinstein and his brother Bob Weinstein are widely considered among the film industry's savviest marketeers, and they credit Martin with having schooled them in the arts of persuasion when they were starting out! As they put it in an interview with the Hollywood Reporter in 2000: "We learned a lot about publicity and marketing from ourexperience with Martin Lewis."Having had the pleasure and fun ofworking with him, we understand and concur with that observation!

Here is some of the media coverage that Martin helped us secure: