Stuttering and the King's Speech 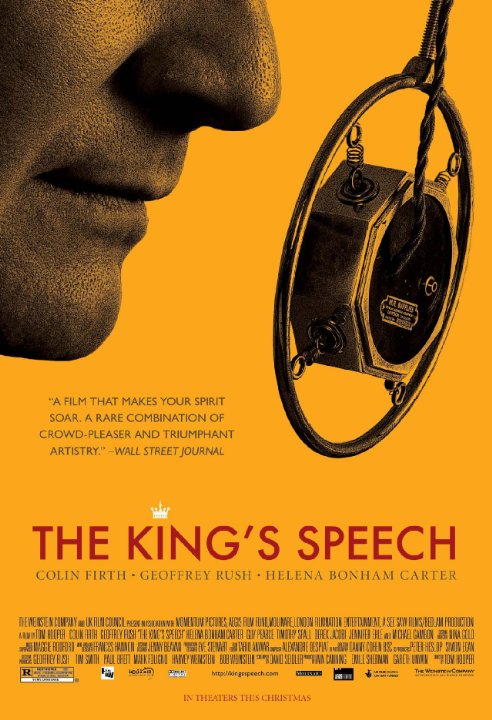 In November 2010, worldwide movie audiences were presented with a most interesting and unusual movie release with The King's Speech, starring Colin Firth as King George VI and Helena Bonham Carter as his wife Elizabeth.

In an interview after the completion of the filming of The King's Speech, producer Iain Canning said, 'His brother was famously charming and Bertie was considered the dull-witted one with little charisma.' When Prince Albert, who was known as Bertie, ascended to the throne to become King George VI, it is an understatement to say that his life changed drastically.

The film deals solely with George VI's stuttering and his relationship with Lionel Logue, an Australian speech therapist retained by the Prince to help him overcome his stuttering in the years before, during and after the 1936 abdication by his older brother. While countless other movies have had characters who stutter, this is the first one to focus on the lead character's stuttering and speech therapy.

Like many people who stutter, Prince Albert had met with failure in several speech programs. When Lionel Logue, played by Geoffrey Rush in the movie, saw the Prince give a speech in public, he turned to his son and said, 'He's too old for me to manage a complete cure. But I could very nearly do it. I'm sure of that.'

In his 1982 biography King George VI, Denis Judd writes, 'Lionel Logue's methods were neither extravagant nor particularly controversial. However Logue's approach was not purely psychological and many of his patients had been reassured that their difficulties could be partly caused by incorrect breathing.

He required his patients to undertake daily breathing exercises which he had devised, to gargle regularly with warm water, and to stand by an open window intoning the vowels in a fairly loud voice, each sound to last fifteen seconds.' Logue's practice began in Australia treating shell-shocked World War I veterans experiencing speech difficulties and he moved his family to London to continue his practice there.

Logue was able to meet with the Prince and soon they began speech therapy sessions. From all accounts, Logue inspired his famous patient mentally by assuring him that his stammering could be cured and that there was nothing psychologically wrong with him.

Logue's constant positive reassurances contrasted the Prince's hurt over past speech therapy failures. King George's official biographer, Wheeler-Bennett, tactfully explained this negative attitude of the Prince: ''..the disillusionment caused by the failures of previous specialists to affect a cure had begun to breed within him the inconsolable despair of the chronic stammerer and the secret dread that the hidden root of the affliction lay in the mind rather than the body.'

The sessions with Logue greatly improved the Prince's confidence as well as his actual speech. The two enjoyed a friendship as well. When, to the surprise of the world, Prince Albert abruptly became King George VI, the new king's stuttering was heavy on his mind from the beginning as he knew that regular radio broadcasts and many more public appearances would put him and his speech in the spotlight.

Colin Firth recently assessed the situation by saying, 'His only job was to speak for the nation on live radio ' I mean, how cruel was that? 'there is no recording yet, there is no editing for radio' this is live to the Empire.'

King George VI, who reigned from 1937 until his death in 1952, has been depicted among the prominent people on the Foundation's list of famous people who stutter.

Now with The King's Speech, the world is reminded of the king whose live broadcasts of hope and inspiration kept the spirits of the British people alive during the dark days of World War II. Younger generations should know about this gentle and courageous man.

After decades of characters who stutter being portrayed negatively in movies, it is thrilling for people who stutter to revisit the story of King George VI; without a doubt, they were the first in line to buy tickets for The King's Speech!