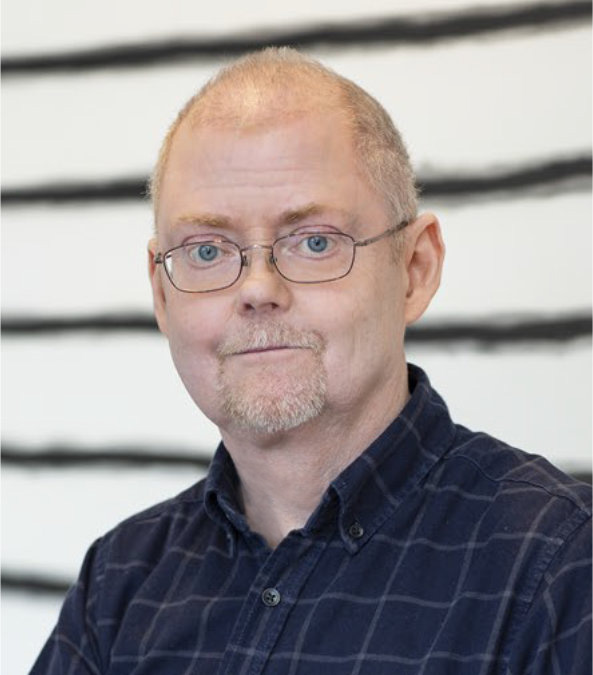 Presumably, anyone who stutters has reflected on the reasons why he or she is a person who stutters. A common experience is that the ability to speak fluently varies a lot between situations, or between days. I have often met with the reasoning that because the speech is fluent at times, there cannot be anything physically wrong, it must be psychological. It is easy to see that the assumptions we make about the causes of stuttering will have a fundamental influence on how we approach therapy, but also for the identity and self-understanding of the persons who stutter. Likewise, it will affect how stuttering is viewed and portrayed by society in general.

One perspective that has come and gone, and come back again, is that stuttering should be viewed as variation within the normal range of diversity. This was a widespread view in the early 1980s in Scandinavia, based on influences from North America. More recently similar views have been put forward, linked to the neurodiversity movement. In this movement a ‘medical model’ is contrasted with a ‘social and relational model’ (Constantino, 2018). My personal view is that these two perspectives should not be incompatible. On the one hand, if progress in research makes it possible to improve actual speech fluency, it would be unethical to withhold such options, in particular from children. Stuttering can definitely imply a real difficulty with communication. On the other hand, a society accepting of diversity can be a good place to live for everyone.

As a person who stutters, my wondering about the nature of stuttering gradually turned into my work. It started with the assumption that any explanation of stuttering must include the functions of the brain, leading to the combination of psychology, medicine, and speech science. It is clear that the complexity of stuttering is such that no single method in itself will be able to capture its nature. For that reason, I have devoted a large part of my time to the detailed study of the results from other researchers, in order to analyze and integrate their results into a, hopefully, coherent picture. Also, to integrate the results with the current general understanding of the brain and of physiology. The starting point for this type of work was in 2004, with an analysis of the possible role of the basal ganglia in stuttering (Alm, 2004). The pandemic resulted in more time for writing and publishing, generating three theory papers (freely available). I will briefly summarize them here.

In the first paper (Alm, 2020), it is argued that infections caused by Group A Streptococci (GAS) were a major, possibly the dominating, cause of stuttering, until the 1950s. This conclusion was based on (a) a large study of the medical history of stuttering children in the 1930s, showing a very high frequency of GAS infections before the onset of stuttering, compared with a control group; (b) a known mechanism, by which GAS can trigger an autoimmune reaction against the basal ganglia; and (c) a remarkable reduction in the number of stuttering children in US schools, in parallel with the reduction of rheumatic fever, an autoimmune reaction caused by GAS (correlation r = 0.95). The decline was particularly marked during the decade after the introduction of penicillin in 1943. There are a few current case reports (e.g., Maguire et al., 2010), suggesting that the development of stuttering may be interrupted if the infection is detected and treated early. The current incidence of stuttering related to GAS is unknown; it is likely to be low, but existing. There are indications that some of these children show signs of ‘PANDAS,’ i.e., Pediatric Autoimmune Neuropsychiatric Disorders Associated with Streptococcal Infections. This is a condition caused by GAS, likely affecting the basal ganglia, see the link to information from NIH below. Typical signs are sudden onset of obsessive-compulsive symptoms, such as excessive fear of germs, problems of eating, excessive anxiety, tics, and unusual movements. Treatment guidelines for PANDAS have been published, regarding treatment of infection (Cooperstock et al., 2017) and inflammation (Frankovich et al., 2017).

In the second paper (Alm, 2021a), it is proposed that stuttering may be related to a reduction of the peak rate of energy supply to neurons, which could affect specific signaling in the brain. The article is a review of a number of disparate observations of stuttering, which are discussed in relation to the hypothesis of limited energy supply. This includes brain imaging data, EEG data, genetic differences related to the lysosomes and a gene called ARNT2, the risk for effects of early hypoxia, the blood level of nitric oxide, and the role of thiamine. It can here be mentioned that Dr. Shahriar SheikhBahaei, at the NIH, independently also has come to focus on the possible role of energy supply in stuttering, investigating the functions of the astrocytes in animal models.

The third paper (Alm, 2021b), is a general review of the functions of the dopamine system and the mechanisms for automatization of movement sequences. Speech and stuttering are discussed briefly in this context. Speech is probably the most strongly automatized motor behavior in humans, and its mechanisms appears to follow the mechanisms for movements in general. Dopamine is the key substance for the initiation of voluntary movement, within the basal ganglia. It also has central roles both for the learning and execution of automatized sequences of movements. Furthermore, the release of dopamine is strongly influenced by motivation, emotions, and the mental activity. Possible mechanisms of stuttering are discussed briefly, and it is proposed that variations of dopamine release constitute the main neural mechanism underlying the variations of stuttering between situations. In other words, the normal dopamine system appears to have the properties required to result in the psychological effects that can be observed in stuttering, even though psychology does not seem to be the basic cause of stuttering.

The series of theory articles is planned to continue, including an article attempting to link and integrate the disparate aspects discussed.

Dr. Per A. Alm currently works at the Department of Neuroscience, Uppsala University, Sweden, and is affiliated with the School of Medicine at the  University of California Riverside.