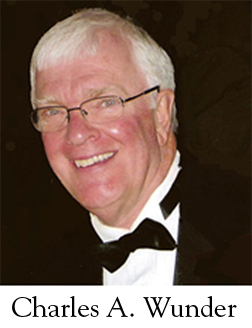 Gifts totaling more than $92,000 were received this year from the estates of two exceptional donors, Charles A. Wunder and Louise Cook Holmes.

Mr. Wunder, age 77, had been a faithful donor since 1996. A lifelong resident of Baltimore and avid supporter of the city’s arts institutions, he was a retired life insurance salesman. He grew up in a West Baltimore row house on Grantley Street with his family. One friend had this to say, “Charlie was erudite, well-informed, and funny.” Another added, “May you always have quail to hunt, lakes to sail, concerts to enjoy, bike paths to explore.”

Mrs. Holmes, age 92, who had begun to stutter at age 7 upon the death of her mother, was dedicated to philanthropy, and her dedication continues through a charitable trust established for various regional and national organizations. The Stuttering Foundation was chosen as one organization to receive funding.

She was educated in Nashville, Tenn., attended business school, and then worked for eighteen years for Estes Lumber Company before moving to Madeira Beach, Florida. There she worked as a bookkeeper and land developer until returning to Nashville in 2005. She was preceded in death by her husband, Frank, who was killed in the South Pacific early during World War II.

“These gifts from two people who knew stuttering firsthand play an important role in enabling us to carry out our ongoing work,” said Jane