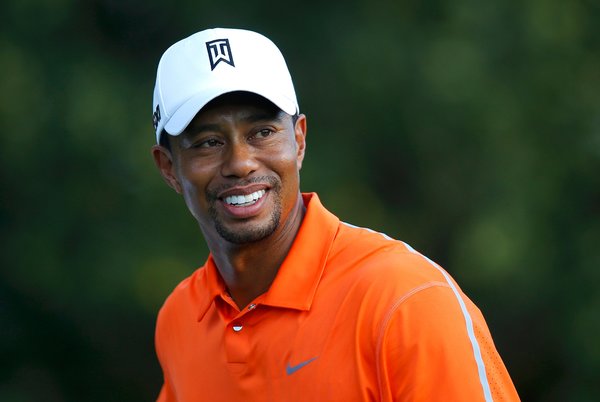 Eldrick “Tiger” Woods is one of the most successful golfers of all time. Woods was a child prodigy who began to play golf at two years old. At age three, Woods shot a 48 over nine holes at the Navy Golf Club in Cypress, Calif., and at age 5, he appeared in Golf Digest and on ABC's That's Incredible.

Woods turned professional at age 20 during the summer of 1996; by April of 1997, he had already won his first major, the 1997 Masters, by 12 strokes. Woods has broken numerous golf records - he held the world number one spot for the most consecutive weeks, and for the greatest total number of weeks of any golfer in history. He has been awarded PGA Player of the Year a record 11 times, and he has amassed more career major wins and career PGA Tour wins than any other active golfer.

His competitive nature and will to work hard also helped him through his struggle with stuttering. In an interview on CBS’ 60 Minutes in 2009, Woods shared what was so challenging about dealing with stuttering growing up: “You’re always called upon in elementary school to give speeches, or to answer a question,” Woods said. “A simple question was the most frightening thing you could possibly have happen if you can’t speak. I could certainly think it, and it was there, but the connection – the words got lost somewhere between the brain and the mouth, and it was very difficult. But I fought through it. I went to school to try and get over that, and I would just work my tail off.”

In May 2015, Golf Digest published a story about a young boy named Dillon who struggled with stuttering, how the cruelty of other children had affected him, and how professional golfer Sophie Gustafson was trying to help. Golf Digest also mentioned that Dillon is a huge Tiger Woods fan. The story went viral, and word quickly spread to Woods himself.

Woods then sent Dillon a letter sharing his own struggle with stuttering and encouraging Dillon to persevere. Woods said he was proud of Dillon, and added that he understood what Dillon was going through: “I know what it’s like to be different and to sometimes not fit in. I also stuttered as a child and I would talk to my dog and he would sit there and listen until he fell asleep. I also took a class for two years to help me, and I finally learned to stop. I was younger than most of the kids I competed against and often I was the only minority player in the field. But, I didn’t let that stop me, and I think it even inspired me to work harder. I know you can do that too. You have a great family, and big fans like me on your side. Be well and keep fighting. I’m certain you’ll be great at anything you do.”

Woods turned a lifelong challenge into a motivating force that pushed him to work even harder to accomplish his goals.  His words of encouragement to a young fan serve as a reminder to all of us in the stuttering community to always persevere, and to never give up on our dreams.