Shane Garcia: Dance is My Language

Skip to main content Skip to navigation
By Greg Wilson 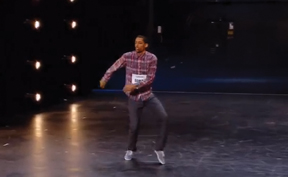