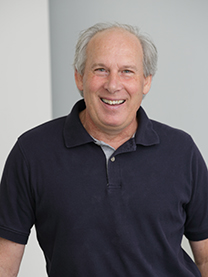 In studies at the National Institute on Deafness and Other Communication Disorders at the National Institutes of Health in Bethesda, Maryland, the laboratory of Dennis Drayna, Ph.D. has engineered an animal model of stuttering that allows for many types of studies not possible in humans. By engineering mutations found in humans who stutter into the equivalent genes in mice, his laboratory showed that such mice are normal in every way they tested, except that their vocalizations contained abnormal gaps and pauses, similar to gaps and pauses found in the speech of the humans from which the mutation came.

In more recent work published in the Proceedings of the National Academy of Sciences, Dr. Drayna’s team, spearheaded by Dr. Tae-Un Han, did a detailed examination of the mice carrying human stuttering mutations, with particular attention paid to the brains of these mice. This included examining brain tissue with many different types of stains to differentiate different brain cell types. While this showed no difference in the staining of many brain cell types, one stain, specific for a brain cell type called astrocytes, revealed a striking difference in the mice that carried human stuttering mutations. This astrocyte abnormality was especially prominent in a part of the brain called the corpus callosum, which connects the two halves of the brain. Astrocytes, named for their star-like appearance in the microscope, are one of the major types of brain cells known as glia (from the German word for glue), and they are particularly dense in white matter areas of the brain, such as the corpus callosum.

“Broadly speaking, there are two main types of cells in the brain, one type is the electrically active neurons, while the other type represents supporting cells called glia” Dr. Drayna noted. “My long-time guess was that stuttering represented an electrical problem, and therefore was likely to be a problem in the neurons. Our results once again show us how unbiased scientific explorations can surprise us, because our results certainly surprised me.”

These findings are important because imaging methods such as MRI studies, which have been a mainstay of brain research in stuttering, do not yet have the ability to visualize the brain at the level of individual cells or cell types. “Since there are hundreds of different cell types in the brain, one of the great questions has been which of these cell types are involved in stuttering,” Dr. Drayna said. “Our findings now open stuttering to the field of cell biology and we’re hopeful that we’re one step closer to identifying ways to better understand and ultimately intervene in this disorder.”

From the Summer 2020 Magazine