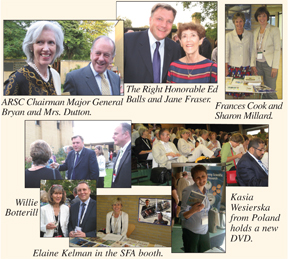 Sept. 2011 — St. Catherine’s College, Oxford, was the perfect setting for numerous outstanding presentations by experts in the field.

The Stuttering Foundation provided continuing education credits for the conference, which was sponsored by the Michael Palin Centre for Stammering Children, endorsed by De Montfort University, Leicester, and organized by Elsevier.

Joseph Donaher’s presentation on ADHD was the first to be produced and has already been received with enthusiasm by speech-language pathologists as well as by parents.

“Because a growing number of children are being diagnosed with ADHD, therapists working with these children are facing new challenges,” said Donaher. In the film, he answers questions and shares charts and guidelines that will help to meet these challenges. 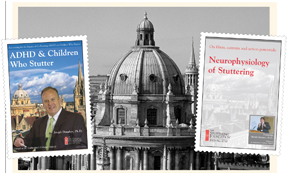 Other professionals filmed included Nan Bernstein Ratner, who spoke on evidence-based practice; Willie Botterill, who discussed truths learned from  the long history of speech pathology; and Ann Packman, who spoke about the complex relationship between theory and therapy in stuttering. The consensus from attendees was that this was one of the most successful conferences ever held.

-From the Winter 2012 Newsletter