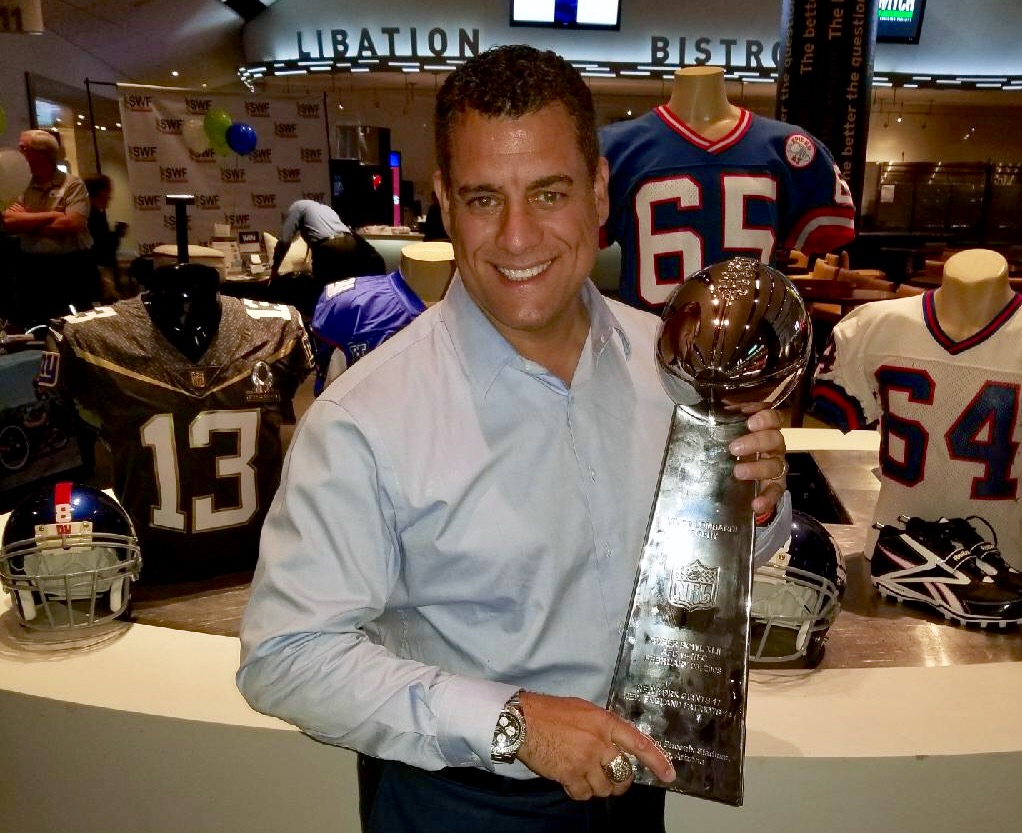 As a former NFL Player and an award-winning writer, director and producer of film, Michael Attardi is proof that a stutter doesn’t have to hold you back. He now runs his own successful sports publication just outside of Orlando called the Florida Sporting News. Michael is an inspiration to his three sons and the stuttering community. He finds it important to share his success with all his mentors.

Do you remember when you first began to stutter?

I remember being in kindergarten at a Catholic school and my teacher yelling at me. “Stop stuttering your words!” I was kicked out of school because of too many fights. If someone teased me, I was going to chase them down. I didn’t like to be teased and I stood up for myself at a young age. That is what my parents taught me. Back in the 70’s, no one had the answers or help like we do today. I didn’t like violence. I remember after each fight, I would win, and walk home crying because I didn’t want to fight.

Did you seek treatment? Did it help?

In 4th grade, the school had me see a speech therapist. He was a great guy but he was making the problem worse. He kept on asking me to repeat my words. He even said that I should start talking like Howard Cosell and John F. Kennedy. They had speech issues and their slow speech process might work. There was no way I was going to start talking like Howard Cosell. That was an invitation to more potential teasing and fights.

Tell us about your experience with stuttering as a child.

As you can expect, I was being bullied and had to fight all the time to protect myself. My parents put me into Karate and boxing classes and I learned how to protect myself. Kids knew that if they teased me, I was going to come after them. By 4th grade, the kids I fought all became my best friends and the teasing stopped. That was the 70’s. Today, I promote a more peaceful way of handling situations. I look people in the eye and address the issue. Most people feel really bad and apologize.

Has your stuttering gotten worse or better since you were younger? How?

How did it affect you growing up?

Growing up, I had many people say “You Can’t Do That!" and I would say, “Yes I Can!” I have always reached for the impossible. I didn’t mind being the underdog, in fact, I wanted to be the person that no one believed in. That made me stronger. That is what made it even more special. Whenever I achieved any goals in my life, I thanked the people that were against my success. It was my strong belief in God that helped me deal with all of my challenges. In so many ways, I feel like I have been a messenger to help others who struggle with a speech impediment. 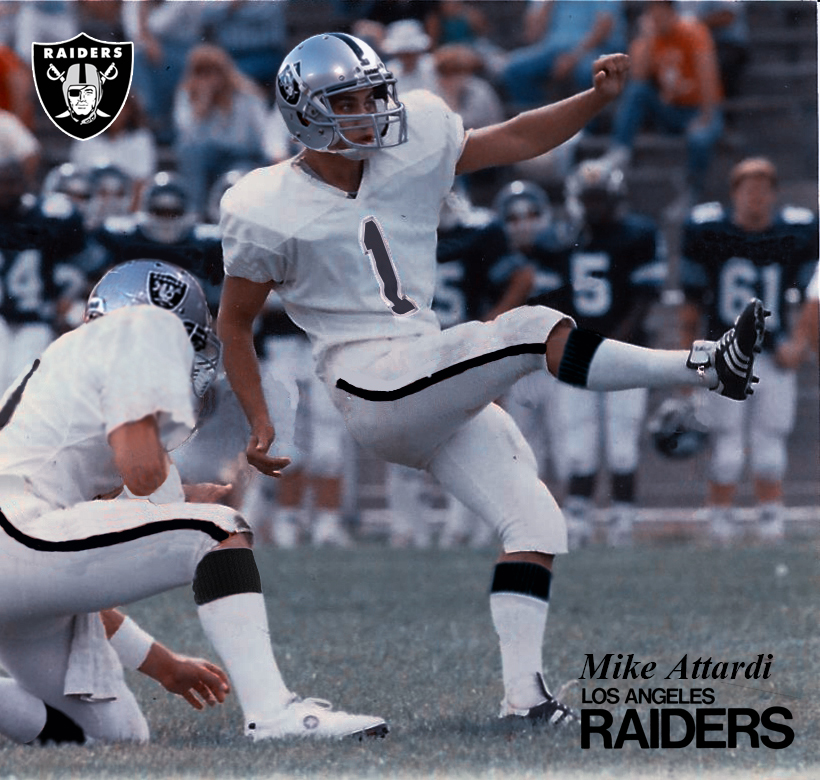 How did/does stuttering affect you as a player/entrepreneur?

In High School, College and in the NFL, my teammates in football never treated me like an outcast. I was their teammate and I had a job to do. I have always said, “Actions speak louder than words!” Never did I get teased, treated differently or ridiculed by my coaches or teammates. We were like a family and everyone was very protective of me and my privacy.

What has it inspired you to research/write about? Why did you decide to write an autobiography?

The original purpose of writing my book was to present my experiences with stuttering and dyslexia. I had a speech and reading impediment as a little boy. I stammered, stuttered and read words backwards. I learned that my thought process was much faster than my speech and reading process. I, like thousands of other kids and teenagers, also experienced bullying because of my issues. I even had educators not believe or understand my issues due to the lack of education on these two subject matters. That was why I was told that I would never amount to anything by some of my teachers.

You said that most of your teachers were not helpful? What did you mean by that?

I really don’t blame anyone for my issues. Growing up in the 1970’s most educators were not trained or taught about special needs children. Their solution was to have all the special needs children in one class. It was a terrible idea and it failed. Only in the 1980’s is when they started to discover ways to help people like me. When I was a kid, educators, friends and other adults laughed at me and told me I couldn’t follow my dreams.

I read your book and couldn’t stop laughing and crying. You have a Forrest Gump type of life.

I thought it was important to present my story in a light-hearted way. So, I decided to write about stuttering, but I also wrote about my adventures and funny stories about growing up in Long Branch, New Jersey. I continued to write more humorous chapters in my autobiography. Even though I stuttered, I didn’t let it define me as a man. I was being defined by the way I handled myself as a true gentleman and friend to all. Stuttering helped me to be more compassionate and understanding of others that were different.

I can’t get over that you beat death 3 times in your young life. Do you feel like a cat with nine lives?

Stuttering wasn’t my only battle.  I also fought meningitis while I was in college, cancer at age 24 and one other life-threatening illness. My autobiography looks at the positive ways and the achievements I have because of the things I had to overcome in my life. It’s filled with lots of humor and adventure.

How is your stuttering today? What do you do to control or manage it, if anything?

I can control my speech issues. In front of a crowd, I am flawless. In front of two people, I may struggle a little. It’s when I let my guard down and stop concentrating. For years I also had to battle being dyslexic. Reading words backwards. Thank God I had a strong mother who helped me fight that battle.

Although I am fluent in front of a lot of people, the one on one meetings are tough. That’s why I have never secured an agent. Talent agents have never taken a chance on me. They pass on me. I know it’s because of my speech and many have told me that straight to my face. I respect them for being honest but I don’t respect them as business people. If they had the courage like I did, they would see past the obvious and take on the challenge. I have always helped people. That is what we’re all here for, to help one another.

What is your greatest accomplishment with regard to stuttering?

When I was in High School, mostly everyone was talking and laughing at the fact that I was the lead role of our high school musical. It was a sold-out crowd.  When I was singing like “Frank Sinatra” and talking like “James Dean”, everyone was shocked. I received a standing ovation and made a lot of haters into believers that night. 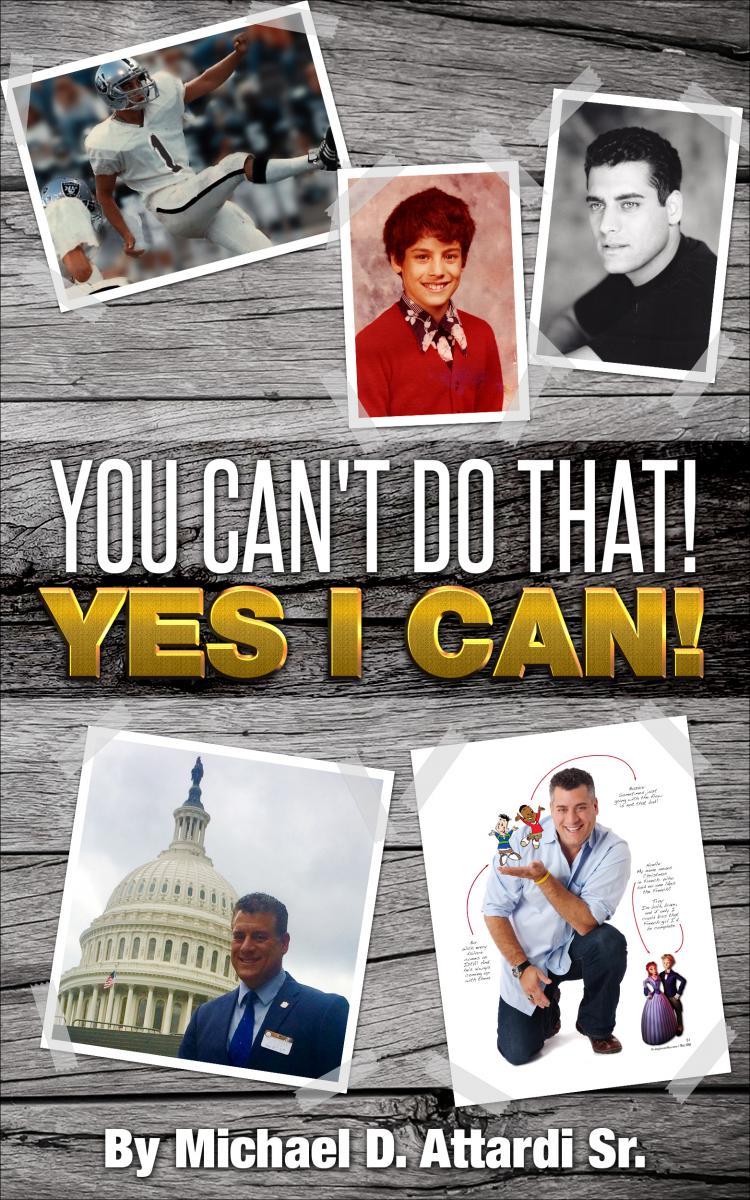 Based upon your experiences, what would you like to tell children who stutter?

Believe in yourself! Make a plan for your goals! An education is something that no one can take away from you! Always treat people with respect, the same way that you want to be treated. Find mentors and love your family. I believe laughter is a very powerful inspirational tool. I also believe the importance of giving kids the opportunity to learn and experience music, arts and sports in the school system. I would not be the man I am today if I didn’t have these opportunities. These electives need to always be taught in the schools. I know that was more than one piece of advice but, it took God 6 days to create the world. Not one.

Michael Attardi's book, You Can't Do That! Yes I Can!, is currently available for purchase on amazon.com.