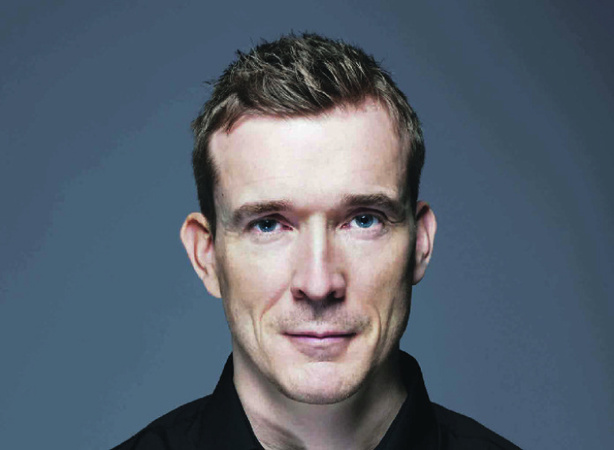 David Mitchell is an award-winning novelist from England, known for best-selling works such as Ghostwritten, Number9Dream, Cloud Atlas, and the semi-autobiographical novel about his struggle with speaking, Black Swan Green.

David Mitchell wrote Black Swan Green, published in 2006, from the perspective of a 13-year-old boy named Jason Taylor. "I certainly write about stammering," Mitchell told Australian radio host Gillian O'Shaughnessy during the 2015 Sydney Writer's Festival. “I'm aware of which consonants begin which words. As a stammerer, there is a small number of consonants that trip you up – it is never random, which is how you can tell."

In an interview with The Paris Review, Mitchell discussed whether he thought his stutter had informed his writing work. “On one hand, yes: it makes sense that a kid who can’t express himself verbally would be driven to express himself on the page instead,” Mitchell said. “On the other hand, no: most writers aren’t stammerers and most stammerers aren’t writers. Perhaps the best answer is that the writer that I am has been shaped by the stammering kid that I was, and that although my stammer didn’t make me write, it did, in part, inform and influence the writer I became. It’s true that stammerers can become more adept at sentence construction. Synonyms aren’t always neatly interchangeable. Sometimes choosing word B over word A requires you to construct a different sentence to house it—and quickly, too, before your listener smells the stammering rat.”

Mitchell expanded on the influence his struggle with speech has had on his writing career in an interview with The New York Times in 2012: “While I wouldn’t say that stammering drove me to become a writer — this impulse comes from elsewhere — it did influence the type of writer I have become. What feels like a curse when you’re younger can prove to be a long-term ally.”

Mitchell also shared his experience with speech therapy with The Paris Review, along with his hopes for the book’s influence on other people who struggle with stuttering: “Like Jason, I would go [to therapy], and my stammer would vanish in the presence of the therapist, but come the next day, I’d be stammering again,” Mitchell said.

“One very pleasing result of Black Swan Green is that the book now appears on course syllabi for speech therapists in the UK. I hope that the book is useful for anyone wanting to understand an insider’s account of disfluency. For most of my life, the subject was a source of paralyzing shame, scrupulously avoided by family and friends. They were being kind, but to do something about a problem it must be named, discussed, and thought about. After writing the second chapter of Black Swan Green I realized, ‘This is true, real, and liberating.’ Now I’m more able to feel that if people have a problem with my stammer, that problem is theirs and not mine.” Mitchell said that if Jason comes back in a future book, “he’ll be an adult speech therapist.”

In a 2011 piece he penned for Prospect Magazine, Mitchell lauded the film The King’s Speech for its “perceptive, unsentimental and refreshingly accurate” portrayal of someone who struggles with stuttering. Mitchell said that his own goal is to become a “non-stammering stammerer.”

Mitchell is an inspiration to those who still seek to avoid challenging words or are afraid to try and deal with their stutter. He encourages anyone struggling with stuttering not to be afraid to face the challenge head on, and to seek help: “In the year of The King’s Speech,” Mitchell concluded in his Prospect Magazine piece, “people with speech impediments shouldn’t feel imprisoned by their disfluencies or suffer alone. So if you’re asking for tea when you want coffee because of that tricky “c,” find a speech therapist you can work with, stick at it, and start ordering your coffee.”