Generations of Genius and Stuttering 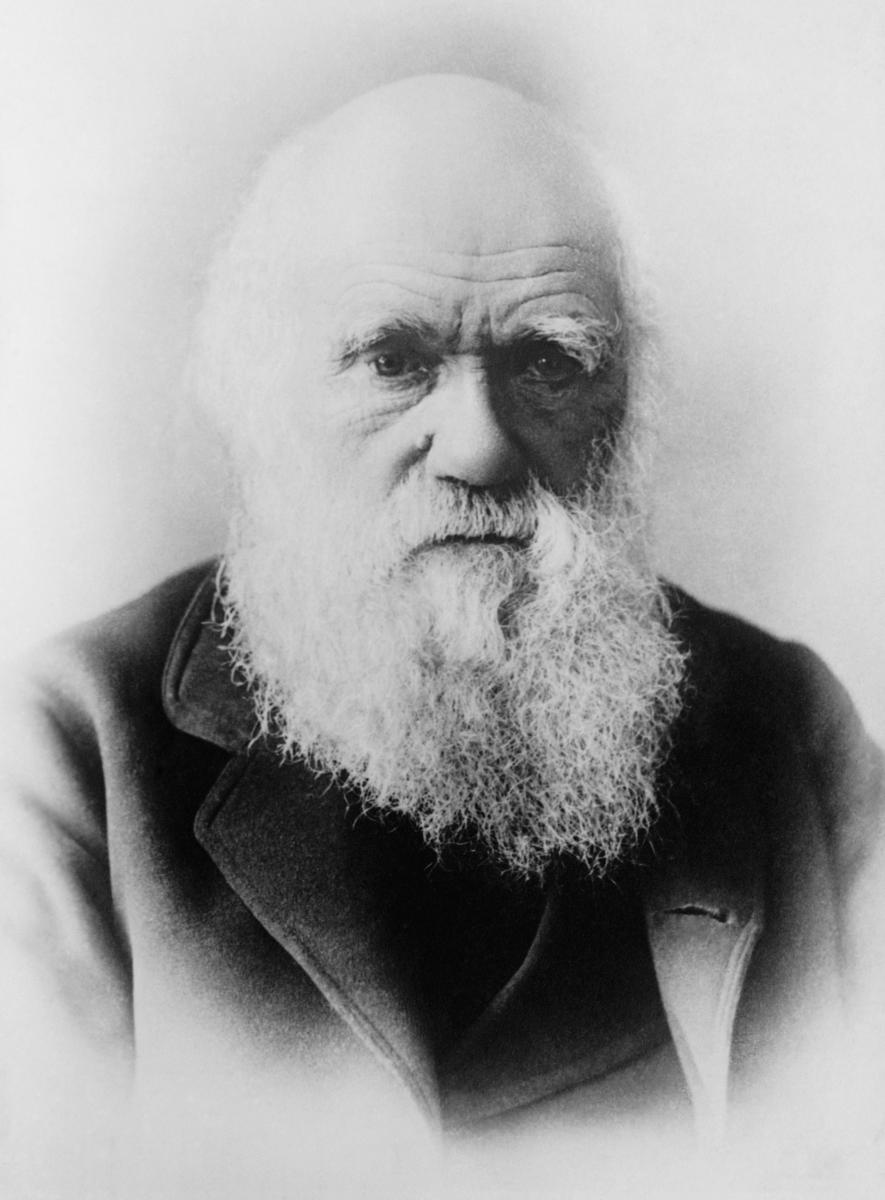 Over the years, many Celebrity Corner articles in our newsletter have profiled people who stutter who have family members who also stutter, which of course is a strong testament to the genetic basis of stuttering. For instance, Lewis Carroll had ten siblings, eight of whom stuttered into adulthood.

Famous writers Dominick and John Gregory Dunne had a younger brother who also stuttered, while both B.B. King and Rubin "Hurricane" Carter each had multiple family members who struggled with this speech deficit. While the life and incredible works of Charles Darwin is well-known, what is little known is that not only did he himself stutter, but he came from a family of many people who stuttered.

We will examine four of the many members of the Darwin clan who stuttered: the famous Charles Darwin, his well-known grandfather Erasmus, his father Robert, and his uncle Charles.

Erasmus Darwin (1731-1802) was a famous physician who turned down the incredible opportunity to be the personal physician to King George III. He was also a physiologist, an inventor, and a major figure in the Midlands Enlightenment. The 1999 biography Erasmus Darwin: A Life of Unequaled Achievement by Desmond King-Hele quotes a friend of Erasmus during his medical school days in Edinburgh as saying, “... he spoke with a stammer, as in later years but never let it inhibit him.”

The author later describes how the stuttering was a well-known part of his persona as an adult: “Another point on which all his listeners agreed was his bad stammer. ‘He stammered extremely,’ Anna tells us, ‘but whatever he said, whether gravely or in just was always worth waiting for, though the inevitable impression it made might not always be pleasant to individual self-love.’”

In the famed physician’s later years, Erasmus’ close friend Richard Lovell Edgeworth commented on his friend’s struggles with stuttering, “He had a considerable impediment in his speech, a defect which is in general painful to others; but the Doctor repaid his auditors so well for making them wait for his wit or for his knowledge, that he seldom found them impatient.”

Erasmus’ son Robert, the father of the famous Charles Darwin, himself a person who stuttered, related what has become a well-known anecdote about his father’s speech:

“A young man once asked him in, as he thought, an offensive manner, whether he did not find stammering very convenient. He answered, ‘No, sir, it gives me time for reflection, and saves me from asking impertinent questions.’” Robert thought that his father’s best communication skills were his conversational prowess and his talent of explaining abstruse topics intelligibly.

Robert Darwin (1776–1848), who followed in the family tradition of medicine, had issues with stuttering throughout his life, but not to the extent of his father. Charles Darwin: Victorian Mythmaker, a 2017 biography by A. N. Wilson, compared Robert Darwin to his father Erasmus, citing their lifelong struggles with stammering. Wilson wrote of Robert, “Like his father, he was huge – tall and fat – with a stammer.”

In addition to his son Robert, Erasmus Darwin's oldest son, Charles Darwin (1758-1778) for whom Robert named his famous son in 1809, died at age 19 while a medical student at the University of Edinburgh. Like his father, this Charles Darwin was a person who stuttered. Erasmus thought that his son could gain fluency by learning the French language.

After showing signs of fluency through private lessons, the eight year-old Darwin was sent to Paris with a private French tutor. While in France, he was only allowed to speak French. After a six month stay in Paris, he became totally fluent while conversing in French, but upon return to England he still could not speak fluently in English. Charles Darwin's stuttering persisted until the time of his death at age 19 on May 15, 1778, from a cut he sustained during an autopsy while a medical student at the University of Edinburgh.

Erasmus painfully remembered how he had difficulties at school due to his stuttering, and wanted to help his two sons who shared his speech problem. He was relieved, at least, that the level of the stuttering in his sons Charles and Robert was not as severe as his, and that Charles seemed to some degree to have been helped by his unique speech therapy immersion in the French language in France.

The stuttering of the famous Charles Waring Darwin (1809-1882) was not as pronounced as that of his grandfather or Uncle Charles. Similar to that of his father Robert, Charles Darwin’s stuttering was labeled during his lifetime as a “slight stammer.” It was widely noticed that words that began with the letter “W” gave him the most trouble.

Aware of the extensive family history, the naturalist and author of On the Origin of Species, who kept meticulous notes on his children while they were growing up, at the time wrote of his concern in 1842 when his three year-old son Willy began to stutter. Willy was especially stuttering on the words “Doddy” and “Papa,” which he had previously pronounced fluently.

In his writings in 1818, Erasmus Darwin put forth his own self-styled speech therapy for stuttering: “The art of curing this defect is to cause the stammerer to repeat the word, which he finds difficult to speak, eight or ten times with the initial letter, in a strong voice, or with an aspirate before it, as ‘harable’ or arable; and at length to speak it softly with the initial letter ‘p’, parable. This should be practiced for weeks or months upon every word, which the stammerer hesitates in pronouncing. To this should be added much commerce with mankind, in order to acquire carelessness about the opinion of others.”

It is obvious that the aforementioned members of the Darwin family dictate a strong argument for the genetic basis for stuttering; in fact, there were more members of the extended Darwin clan over four generations who had issues with stuttering. During his lifetime and in the 137 years since his death, the world famous Charles Darwin was not known to have been a person who stuttered as his life and reputation were dominated by his vast works. The stuttering community can feel a sense of pride in that such a well-known British family of another era rose above their stuttering and did not let their speech hold them back in their distinguished and famous professional careers.

From the Winter 2019 Magazine