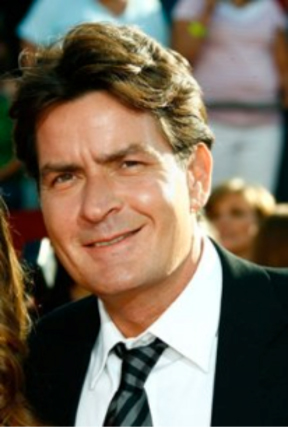 Actor Charlie Sheen is best known for his starring role on CBS’ long-running hit show, Two and a Half Men. While Sheen is recognized today as a celebrated star of stage and screen, he has had to overcome his own struggle with stuttering to achieve success as an actor.

Friend and former co-star Jon Cryer recalled Sheen’s struggle with stuttering in his new memoir, Well That Happened. According to an article in The Telegraph, Cryer wrote that Sheen became nervous when they had to do table reads for Two and a Half Men, “because he used to have a stutter as a kid.”

Charlie Sheen was born Carlos Irwin Estevez in 1965, to actor Martin Sheen and wife Janet Templeton. He was bitten by the acting bug at a young age, when he was given a small part in his father’s film The Execution of Private Slovik in 1974.

In an interview with Rolling Stone in 2012, Sheen spoke candidly about the events he believes may have triggered his stuttering: “I was in second or third grade and Emilio was in sixth grade and we were waiting to be picked up. And these two kids were just awful, awful kids, so mean and violent. They didn’t do anything to us. But the stuff they described they were going to do was even worse.” According to Rolling Stone, Sheen started having panic attacks and then, one day, he found himself stuttering.

“Picture this,” Sheen said. “In school, they call on you, and out of nowhere – I just stopped answering. I knew all the answers, but I stopped raising my hand. I got real quiet for the longest time.”

Sheen attended Santa Monica High School in California, where he showed an early interest in acting, making amateur Super 8 films with his brother Emilio and school friends Rob Lowe and Sean Penn under his birth name. A few weeks before graduation, Sheen was expelled from school for poor grades and attendance. Deciding to become an actor, he then followed in his father’s footsteps and took on the stage name Charlie Sheen.

Sheen’s film career began in earnest in 1984 with a part in the Cold War film Red Dawn Patrick Swayze.   From there, Sheen went on to star in feature films like Platoon and Wall Street with his father Martin Sheen.

In 2000, Charlie Sheen made his small screen debut when he replaced Michael J. Fox on the popular sitcom Spin City. For this role, Sheen won a Golden Globe for Best Performance by an Actor in a Television Series – Musical or Comedy. In 2003, Sheen was cast as Charlie Harper in the CBS sitcom Two and a Half Men. Sheen played Harper for eight seasons and became the highest-paid actor on television, before being dismissed from the show in 2011.

Sheen touched on his childhood stuttering problem at a performance on his national tour in Cleveland in 2011: “Stuttering taught me how to listen, which we all have forgotten about.”

Despite the occasional bout of celebrity antics, Charlie Sheen remains a successful actor and powerful advocate for the stuttering community. Sheen’s candid comments on his struggle with stuttering serve as proof that people who stutter can still go on to achieve success in professional fields that require acting or public speaking. With the choice to share his personal experiences, Sheen lends a high-profile voice to those who may struggle to speak for themselves.