Broderick Stephen “Steve” Harvey is an American comedian, television host, producer, radio personality, actor, and author. While today it’s hard to turn on a TV without seeing Harvey, the Family Feud host originally had a shaky start to his career on screen. After beginning his stand-up career in 1985, Harvey’s lack of success drove him to homelessness, forcing him to spend a few years sleeping in his car and showering in gas stations. In 1990, Harvey earned a spot as a finalist in the Second Annual Johnnie Walker National Comedy Search, an honor that finally launched him on his path towards fame. 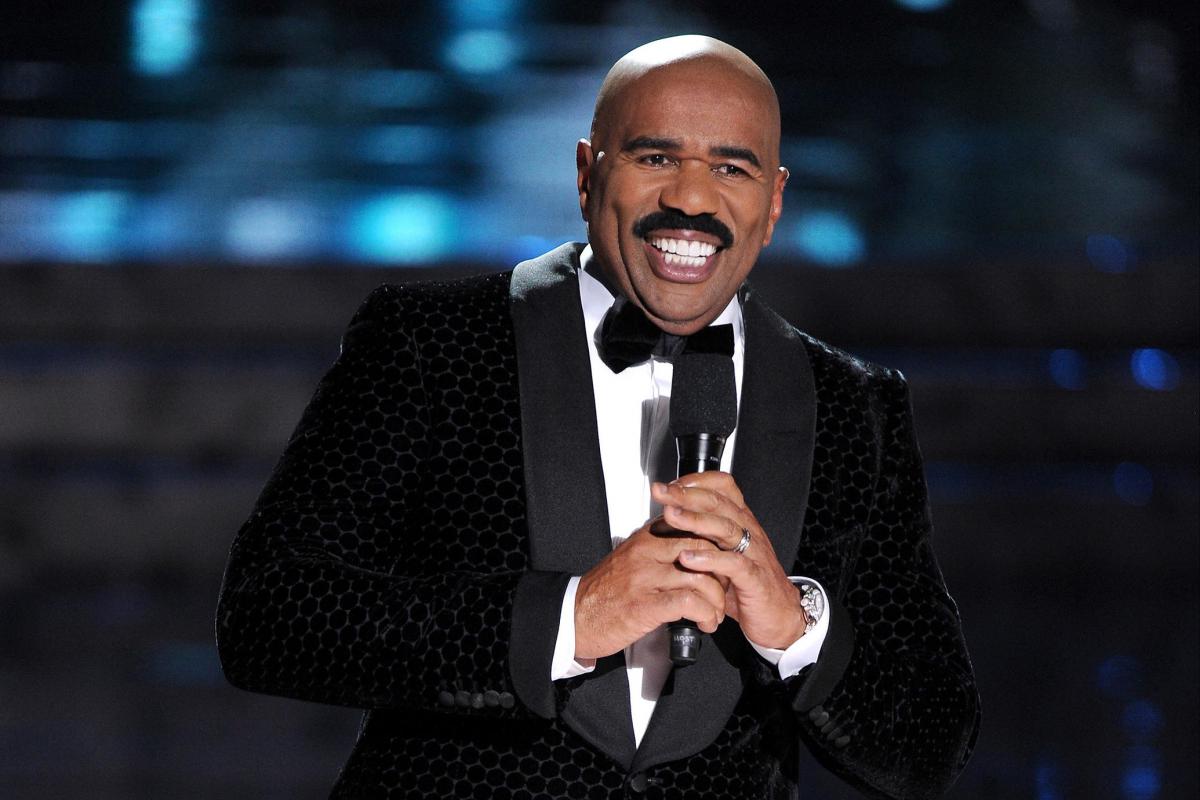 Harvey now hosts a variety of shows, including The Steve Harvey Morning Show, The Steve Harvey Talk Show, Family Feud, and Little Big Shots. His success spans beyond his work on screen, as he is author of the New York Times Best Seller Act Like a Lady, Think Like a Man and Straight Talk, No Chaser.

While most of Harvey’s success stems from his skill at entertaining crowds, as a child his severe stutter made him terrified of speaking in front of large audiences. His fear, however, failed to stop him from dreaming of being center stage. When his sixth-grade teacher asked him what he wanted to be when he grew up, he told her he wanted to be on television. The teacher ridiculed Harvey in front of his classmates and even called his mother, claiming he had been a “smart-aleck” at school. After achieving his lifelong goal, Harvey sent his old teacher a television every Christmas. He wanted her to see “that little boy with the stuttering problem is on TV, seven days a week,” he says.

Although Harvey was terrified of public speaking as a child, he knew he was funny and was determined to show his talent to others. The counterman at his neighborhood deli helped him overcome his stutter by rewarding Harvey with candy when he spoke clearly. “He taught me before you say anything, say it to yourself three times, take your time, and speak on the exhale,” recalls Harvey.

Harvey also cites growing up in poverty as a prime motivation for his hard work. "Poverty kind of pushed me this way; I got tired of it," he says. "I mean, I always had a great sense of humor, but I was very reserved as a kid. Then the older I got, I learned to pick my spots and moments to be funny."

For the most part, Harvey has overcome his stage fright, yet he still takes a moment to mentally prepare himself before every show. "I still have to get psyched up, pumped, to go out there and face all these people," he states. "I want them to laugh, I want them to get their money's worth, so I put a lot of special time into that."

Harvey’s refusal to give up in the face of adversity serves as inspiration to the stuttering community.