All The Right Words: My Journey as a Sportswriter Who Stutters 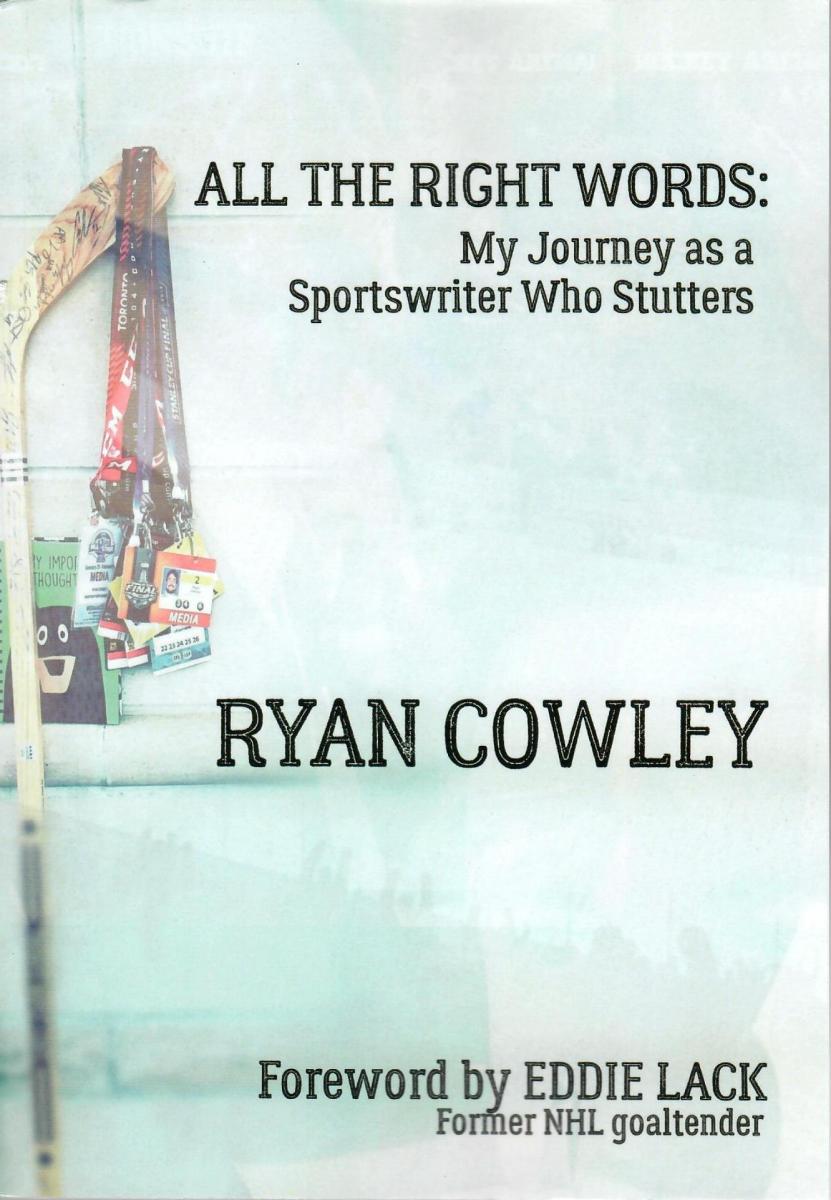 Ryan Cowley’s All The Right Words: My Journey as a Sportswriter Who Stutters showcases the message the Stuttering Foundation wants to diffuse to all people who stutter—your stuttering does not have to stand in the way of your dreams. Cowley describes the times when the hardships that accompanied his stuttering led him to “doubt” and “limit” himself “as a successful person.” However, after deciding things “needed to change,” working hard, and reaching out for help along the way, he became a successful sportswriter. It was the very “sadness” and “frustration” that overtook moments in Cowley’s life that made it possible for him to enjoy “perseverance” and “vindication” later on.

To be sure, Cowley endured tribulations beyond his control because of his stuttering, but it was the damage done to his mindset that was most severe in its implications. Cowley laments that he was “bullied, mocked, doubted, and even dismissed because” of his stuttering. He recounts how laughs and smears emanated from the school yard and college classroom alike. Although “tempting at times,” Cowley “never resorted to violence” (27). His anger was regulated to the backstage. What Cowley termed was his “never-ending internal battle,” saw him ceaselessly convince himself, “I can’t talk to those kids,” “I can’t’ apply for that job,” etc (74). Cowley experienced other trials—such as also living with Cerebral palsy—and yet stuttering is the focus of his book. Like many, albeit in often very different ways, Cowley went through the throes of life, and it was only when he started to treat stuttering as just one part of his journey instead of a defining power that he was able to realize his full potential.

Cowley demonstrates that you can show the world your talent when you do not allow stuttering to undermine the self-esteem needed to do so and that you do not have to “fight this battle alone” (162). As a teenager, he got his “first taste of fame,” even if he admits it was “very local fame,” when his English teacher (Mr. Bean) and classmates enthralled themselves in conversation about a 30-part series he wrote. People appreciated him and, more so, stood by him. When one student (Dave) mocked Cowley by “repeating ‘uh-uh-uh’,” the French teacher Madame Giroux and the entire class reprimanded Dave for his insensitive behavior. There will always be bullies, however, as Cowley states, “there are plenty more people who know how to be respectful, even if they have to wait a bit longer to hear what I have to say” (118). It was support from others—his dad, his wife Shannon, his supervisor Yvonne—coupled to reconnecting with his internal strength that allowed him to, as a synopsis of the Churchill quote Cowley references and the message behind it, ‘go through hell’ and defeat depression during his young adult years (162). In other words, stuttering does not make the person.

Stuttering can either be endured as the worst curse or utilized as a springboard for a better life. After all, it was stuttering that encouraged Cowley to write in the first place. Writing was an escape from stuttering, but many great things start as an escape. What seems like a disadvantage and setback at first may engender the very impetus and determination without which change is impossible. Cowley details in the chapter “No Longer a Curse” how in the end he grew personally and professionally from his past trials. His story exhibits strength through adversity and that the person is the deciding factor in their relation with stuttering, not the other way around. The Stuttering Foundation hopes that this book inspires those who stutter to not allow stuttering to encumber their life, to utilize support wherever available—including all the Stuttering Foundation resources—and to discover how stuttering can be turned to their growth.