Why I’m Thankful That I Stutter 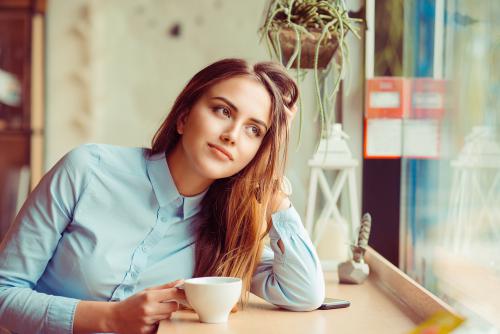 Over the years while family and friends gathered at the Thanksgiving dinner table with roasted turkey, mashed potatoes, sweet potatoes, green bean casserole, stuffing and other delectables still warm on the plates, we’d share with each other what we’re thankful for. Normally, it’s friends, family, a new job, an award recently won, a roof over our head and food on the table.

I never thought I’d be thankful that I stutter.

Stuttering was always considered a flaw. It was something that I had to live with for the rest of my life. Something that could be fixed — maybe — but would take years of effort. Everyone stutters at some point or another but for me it happened more often than I’d like and at times there was nothing I could do to fix it.

For so many years I’ve despised stuttering. It’s hard to describe being furious with something that’s not tangible. There’s no physical manifestation of a stutter. You can’t even see it in writing unless it’s intentionally s-s-supposed to be there.

Some days I wouldn’t say anything to contribute to a conversation because it just wasn’t worth it to mispronounce a word or fumble over a sentence and then have to repeat it, sometimes twice.

It also hadn’t been worth it to see that whatever I’d contribute to a conversation would lose it’s meaning because of the stutter. They’d no longer hear the opinion, or explanation. The stutter would be paramount, my thoughts tossed to the wayside. I’d see the furrowed brows, the vacant expression in the eyes, and then I’d know I lost someone in a conversation. They’d ask me to repeat whatever I’d said and I’d begrudgingly agree. I’d repeat it while trying to hide my frustration.

But something happened while I was in college that changed my perspective on things. I had said something to a past boyfriend and his roommate and was so frustrated after I kept having to repeat what I was talking about over and over again. Some word kept getting clogged and I couldn’t get it out.

Was what I saying really worth saying? I almost gave up.

Then the roommate said something I will never forget.

He’d said he was asking me to repeat it because he wanted to know what I had to say.

What he said was so obvious. He asked me to repeat it because he wanted to know what I had to say.

We live in such a fast-paced society that too often people hear us but no one actually listens to us. People hear words coming out of each other’s mouths but do they actually comprehend what they’re saying? Do they actually take the time to care about what they say, to process what’s actually happening, to formulate a thought or opinion and share it, out loud?

If he didn’t care, he had explained, he wouldn’t ask. But he did care about what I had to say.

I thought back to all of those times when I had resented people who had asked me to repeat something. It didn’t mean they weren’t interested.

It was the exact opposite. It just showed that they care.

Of course, it’s only now that I truly realize this and understand the gravity of those words.

Now, if the inevitable stutter appears and someone asks me to repeat something, I don’t get upset about it. I don’t mind repeating things anymore. Of course, I wish I could say it fluently and not have to repeat it in the first place but if someone asks I’ll gladly repeat what I say.

Because, after all, it’s the thought that counts.

And it’s the people that count, too. I’m thankful that I stutter because through speaking ridiculously fast and stuttering my way through sentences, I’ve somehow managed to find people who have been patient with me. Who don’t mind waiting for me to get the sentence out and so we can then continue the conversation.

I’d like to think that I’d have found these people anyway, regardless of the fact that I stuttered. However, making fun of someone is much easier to do than actually getting to know someone. So, meeting new people while growing up with a stutter was a constant worry. Would they care about what I had to say, or would the stutter get in the way? Would they care, or tease?

Stuttering, I’ve also realized, is how I’ve found and pursued my love of writing.

After all this time, it’s through the thing that I used to hate about myself the most that I’ve come to truly embrace.

After all this time, I’ve come to terms with stuttering and I’ve found peace with my thoughts, with words, with writing.

And for that, I’m thankful.