Therapy for Preschool Children Who Stutter and Government Policy 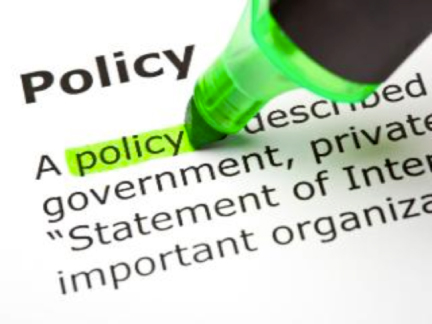 UPDATE: As we approach the end of Stuttering Awareness Week, news broke that Speech Pathology Australia’s (SPA) government proposal to reimburse only one type of stuttering treatment has been declined by the Australian Government. My last blog post reported why I thought this was a misstep in health care and many of my international colleagues expressed similar concerns. There was excellent coverage from StutterTalk - http://stuttertalk.com/ (on episodes 502, 508, 509, 511 and 512), blog posts on the American Speech-Language-Hearing Association (ASHA) blog, ASHAsphere http://blog.asha.org/page/2/, and public press releases from the International Fluency Association – http://www.theifa.org/ and the senior staff at the Michael Palin Centre for Stammering Children http://www.stammeringcentre.org/latest-news to name a few.

As I read and listened to the responses from my colleagues/friends around the world, I was driven to re-read various books about stuttering, to look at what is done in the medicine and to look at other Australian government health care schemes which have been successfully put in place. Here are some of my favourite quotes from these books and additional reflections on how Speech Pathology Australia’s consultation process and government proposal could have been improved.

Dr Manning wrote in his 3rd edition of Clinical Decision Making in Fluency Disorders, “We need to be careful of those who would choose to use EBP as a “club” to force others to use particular treatment protocols, especially while discrediting what others are doing” (pg. 312).

Although Speech Pathology Australia clarified that it was not their intention to prevent clinicians using other approaches, it feltlike SLPs were restricted in what preschool stuttering therapy approach they could use as a first port of call if one approach was only funded for reimbursement by the government.

Speech Pathology Australia has reinforced that its proposal was never intended to be “one size fits all”. However, their assertion that the Lidcombe Program has a stronger evidence base than other approaches and that other approaches shouldreach the same level of evidence before being considered of substantial value is synonymous with using EBP as a “club”. Dr Shapiro writes, “As we become increasingly comfortable with evidence as the basis of practice, we must make sure that the person we are serving is not moved to the background as evidence is moved to the foreground. Let us always keep the person we are serving in the foreground, without distraction or compromise” (pg. 65).

As the governing body that represented all of the SLPs in Australia, there was little awareness of Speech Pathology Australia’s government proposal. Members were informed that a proposal had been submitted through a monthly newsletter. Stuttering self-help group advocates were also uninformed (listen to Peter Reitze’s interview with Peter Dhu on StutterTalk, episode 509).

American surgeon and writer, Dr Gawande cited the Emanuels in his book about doctor-patient relationships, which has an uncanny resemblance to how Speech Pathology Australia’s proposal unfolded. In his book, Dr Gawande wrote, “The oldest, most traditional kind is a paternalistic relationship – we are the medical authorities aiming to ensure that patients receive what we believe best for them. We have the knowledge and the experience. We make the critical choices… We tell you only what we believe you need to know” (pg. 200).

I think that Speech Pathology Australia members (myself included) would have appreciated if we had a say in the proposal before it went into submission. Although the proposal had input from the team at the Australian Stuttering Research Centre and they are Australia’s leading research team in stuttering, it felt like the majority of members were not aware of the proposal until it was submitted and did not have a say in the matter (despite the policy having huge implications for us if it had been successful).

Australia is fortunate to have a Medicare Health Care System which ensures that everybody has equal access to basic health care. While I was working in Australia (from 2007-2011), I observed positive changes in the health care system where government reimbursement was available for individuals who had chronic medical conditions (for example, asthma, cardiovascular disease, diabetes, cancer and stroke), individuals who required psychological therapy/support, and families of children with Autism Spectrum Disorders (ASD).

These government schemes allowed people to go to their General Practitioner to ask for more specialized input to ensure that they (or their loved ones) were getting the best possible service through the public system. Currently, people with chronic medical conditions are eligible for a total of five allied health services per calendar year, whilst people seeking help from a psychologist are eligible for up to 10 government-funded sessions with a registered psychologist in a calendar year. The Helping Children with Autism program allows families to access  four diagnostic/assessment services and up to 20 treatment services from multi-disciplinary team members until a child’s 15th birthday.

The common factors between these government schemes is that:

Speech Pathology Australia may want to consider how these government schemes were lobbied and in their next proposal, they may want to include a list of effective stuttering therapies which have been demonstrated to help families with pre-schoolers who stutter.

Speech Pathology Australia made some mistakes in their proposal to the government to only subsidise the Lidcombe Program. However, looking at the larger picture, their intention was to try and help provide subsidised treatment for families affected by preschool stuttering.  Ultimately, this was a forward thinking idea that eventually drew more controversy than support from the international stuttering world. With mistakes, there is learning. I hope that future submissions take into account the points I have raised and that the next proposal is inclusive of other evidence based treatment approaches. The world will be a better place for it because families will have the right to choose what treatment approach will work for them.

Gawande, A. (2014). Being mortal – Illness, medicine and what matters in the end. London, Great Britain: Profile Books