As A Person Who Stutters, I Find Comfort In Talking To Other People Who Stutter 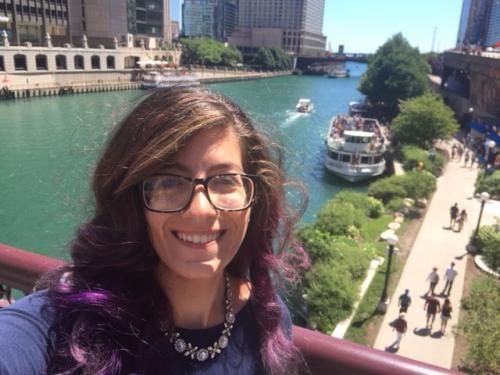 For most of my life, I've only talked about stuttering – if I actually brought it up in conversations – to people who spoke fluently. Only recently, after attending the Stuttering Foundation's annual gala, the National Stuttering Association's annual conference and then in local chapter meetings in New York City, have I continued to talk to people who stutter on a consistent basis. After growing up thinking I was alone with my stutter, I never realized how different life would be having friends and people in my life who also stutter. While our personal experiences are different, we're able to dive deeper into how stuttering has impacted our lives.

During my childhood, I wanted nothing to do with stuttering. I remember disassembling my clarinet and placing the pieces on the blue plastic chair during band in sixth grade to leave for my speech class. When I'd come back and put the clarinet back together, I never admitted straightaway where I had gone. Stuttering was a well of shame which overflowed into my everyday life. I tried as hard as I could to bury the emotions I didn't want to face deep within me. In those moments, I felt even more isolated from my classmates. I felt even more isolated from myself. I kept wondering: why me?

Since I grew up thinking I was alone with my stutter, becoming close with other people who stutter became a life-changing event. In wanting to ignore everything about stuttering, it became a bit of a shock when this aspect of myself I tried to keep hidden burst open outside of me. First in writing, and then with other people. People – real people. From all backgrounds and all walks of life all over the world. In listening to people stuttering openly around me and talking about switching words, I too felt ready to open up and talk about stuttering out loud with other people who stutter.

I've spoken with people who stutter across various ages, religions, nationalities, backgrounds and countries. We've shared similar experiences of ordering a cup of coffee or changing what we're planning on ordering at a restaurant because we couldn't say what we wanted to order. We talked about friendship, family, dating, work, writing and the more intricate aspects of stuttering. I'd stay up late talking with new friends about these hidden moments in my life, and about new thoughts I hadn't even considered before. Like, what if I have kids who stutter? We'd talk about our identity as people who stutter, the shame we've held onto during our lives and how we relate to other people among various other topics. For the longest time, emotions associated with stuttering I had thought were my own weren't actually entirely my own after all. They were shared with other people, people who stutter – I just hadn't known that yet.