The Other Half – Supporting Partners and Spouses of People Who Stutter 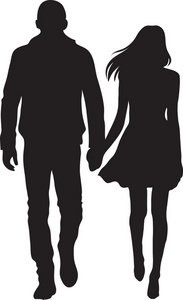 Often under-acknowledged and under-used, partners and spouses of people who stutter play an important role in the “recovery process” of adults who stutter. Recently, I experienced this when my adult client, Joe* brought his fiancée to a therapy session with him. It was courageous moment for Joe, to be able to show a different side of him to the person he was going to get married and openness to vulnerability that many would shy away from. We spent half the session reviewing Joe’s stuttering, fluency management strategies, checking in on the impact stuttering had on his life and some work to help him continue to make positive attitudinal changes (Joe used to avoid words and situations and had high levels of anger and frustration when he stuttered).

The other half of the session was spent listening to both Joe and his fiancée discuss how stuttering was dealt with in their relationship. Joe’s fiancée expressed amazement when he disclosed he stuttered (the severity of Joe’s stutter was mild, however, the hold it had over his life was significant). Her only experience of stuttering was when she watched The Kings Speech and she had many questions about stuttering Her support for Joe was undeniable but there were times when she unwillingly finished his sentences for him when he blocked. In the safety of the clinic room, this was discussed out in the open with Joe helping her understand that finishing his sentences for him was not helpful and that he felt undermined. As the clinician, I also pointed out to Joe that 1) his fiancée did what she thought was helpful and until today, she wasn’t aware of how he felt 2) he had to accept that while she was making changes she would sometimes make mistakes and revert back to old ways of trying to ‘help’ 3) praising or acknowledging the changes she made would increase her confidence in helping him.

In looking for guidelines and tips for supporting partners and spouses of people who stutter I discovered a leaflet the British Stammering Association. The text of the leaflet is available from http://www.stammering.org/partners.html and I would encourage all adults who stutter to have a read and to make a donation if they found the leaflet useful.

Another useful resource is the chapter by Mandy Finstad titled Stuttering: A Spouse’s View, in the StutterTalk book “Inspiring Stories and Professional Wisdom”. For speech-language pathologists, Dr. Janet Beilby and her colleagues interviewed 10 adults and their partners and published their findings on the impact stuttering had on their relationship in a recent edition of the Journal of Fluency Disorders.

I would encourage you to access these resources as a way of helping reducing the shame and burden that usually accompanies stuttering. As the saying goes, “a problem shared is a problem halved” and in this case, partners and spouses of people who stutter play an important role in facilitating the “recovery process”.

* All names have been changed to protect the identity of the people named. Many thanks to ‘Joe’ for letting me share his story.

Another resource: Stuttering and Marriage