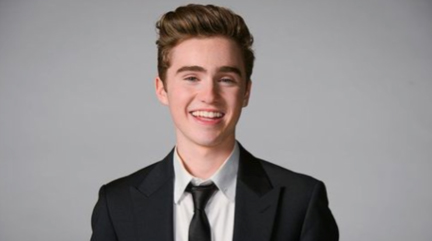 It’s been almost a month since Lazaro left American Idol, and since then I’ve met people (old and young) say “Oh you must work with people like that guy on Idol."

The "Lazaro Effect" has truly taken a life of its own when recently an 8-year-old boy who stuttered said to me, “I haven’t met anyone else who stutters, but I have seen that guy on Idol." It was also positive to hear that having a stutter wasn’t a big deal for this child.

The positive effect of Lazaro’s inspirational story cannot be underestimated as it helps those who stutter feel less alone, "normalise" stuttering and show the world (whether you stutter or not) that one can pursue their dreams despite difficulties. I have no doubt that I will meet other kids, teenagers, and adults who stutter who will say, “I saw Lazaro on Idol and watching him sing made me feel OK about myself.”

As Lazaro departed Idol, another young singer took the stage to show the world his stuttering and his voice. Harrison Craig wowed the judges on The Voice (Australia) with his rendition of Broken Vow on April 8th, causing all four coaches to fight for the right to be his mentor (for the record, he chose Seal). He progressed through the first battle round last week and has a strong contingent of supporters barracking for him.

Click here to check out Harrison’s audition and to listen to his personal story about stuttering.

So from one voice to another, we have another courageous person who stutters performing in front of millions. Let’s all get behind Harrison Craig and continue the "Lazaro Effect." We should only be so lucky that these positive role models have shown the world that “Stuttering is OK! Because what I say is worth repeating."