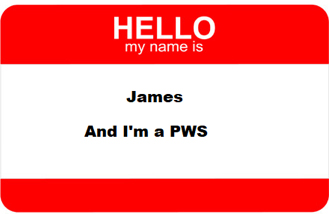 What’s a piece of advice you would give to your younger self? It’s a popular question I get whenever I talk to speech-language-pathology (SLP) students. I think it’s also good to ask if you truly want to know someone. One piece of advice I would tell my 18-year-old self is to disclose the fact that you are a person who stutters (PWS) as soon as possible. The 18-year-old me would’ve looked at 27-year-old me and said, “Yeah…no. Why would I do that?” However, it would’ve saved me a lot of embarrassment, shame and having to think of a fun fact when I have one built in. Yet, learning the beauty in disclosure is a lesson I don’t think 18 or even 32-year-old me would have been able to appreciate.

The first time I remember disclosing that I am a PWS was during the spring of 2013. I was a sophomore in college and had to take a public speaking class.  A couple of days before my first speech, I met with my professor to tell him, with a voice full of shame, that I’m a PWS. To me, this was a massive deal and something I was nervous and embarrassed to do. To him, it was just another meeting with a student. D-Day arrived and I was nervous and apprehensive, which only makes my stutter more severe. He called my name and I stood in front of the class about to give my speech. Before I began, he told the class of roughly twenty-five students, “This is James and he stutters.” If you’re ever wondering what not to do to a PWS, then look no further than this example. I wanted to run out of the room and never set foot in there again because I was that humiliated. Instead, I swallowed that lump in my throat and stuttered my way through my introduction speech.

A few months after that class and before I went back to speech therapy, I worked at an all-boys sleep away camp. At the recommendation of the child psychologist who trained us, I was put in charge of the seven- and eight-year-olds. Each week we got a new set of campers and each week I had to disclose to them during orientation. My usual spiel was, “I’m James and I stutter. Some people are tall and some people are short. We all have differences, but we all respect each other and treat one another with kindness.” This was the first time I disclosed and owned my stutter to a room full of strangers, 7- and 8-year olds, no less. Saying the words “I stutter,” may not seem like a lot, but when you want to say anything but those two words, it’s a massive deal. To some kids, this was no big deal and they were more concerned about when we’d go swimming. For others, this was a concept they couldn’t grasp. I had to explain to them numerous times that I was ok, in the middle of my stuttering moment, and that I didn’t need to see the nurse. Yet, some gave me issues with it and through that I learned the skill of giving grace to those who don’t yet understand.

What helped me slowly turn the corner towards becoming comfortable with disclose was getting involved with a stuttering support group in October 2015. I had heard about this group during my first semester back in speech therapy in the fall of 2013. At the time, I didn’t want to get involved with my local chapter for a variety of reasons. Those reasons were actually excuses, disguised as justifications, but I didn’t know that then. When I moved to a new city, for my first job after college, I got involved with the local chapter. My motivations were two-fold: to meet people and to better accept my stutter. At the time, I was starting to internally become ok with the notion that stuttering wasn’t the worst thing on the planet. Externally, I wasn’t quite ready to say or show that idea. Yet, when I stepped through those library meeting room doors on that Thursday night in October, something changed. I willingly talked to a room full of strangers, that weren’t SLP students, about the one topic I never wanted to discuss or acknowledge. In hindsight, I think that meeting planted the seeds of me becoming comfortable with disclosing. However, it took a couple of years for the seeds to bloom into what they are today.

When I interviewed for my first job out of college, I didn’t disclose. This was the summer of 2015 and I was just getting comfortable with accepting this part of myself and wasn’t yet ready to disclose it to others. Yet, once I got involved with the support group, things slowly changed. I didn’t tell any of my co-workers because they figured it out by that point. Rather, I was willing talk about stuttering with those who weren’t my speech therapists or in the support group.

When I started a new job in early 2018, I still didn’t openly disclose in my interview.  I justified this to myself that my book was on my resume, so that sufficed as disclosing. A couple weeks in, I decided to disclose to my assigned mentor. When I did so, with a tinge of embarrassment in my voice, her response was, “I know,” and we continued my training. My nerves and anxiety about disclosing were all for not. Now, whenever a new person starts, I disclose at the first opportunity. I typically tell them, “You may have noticed that I stutter. All I ask is that you don’t finish my sentences and keep eye contact with me when I stutter. If you have any questions about stuttering, then don’t hesitate to ask me.”

As I became more comfortable disclosing to people I worked with and knew from social organizations, my next step was disclosing online. Prior to early 2016, I would rarely post any stuttering related topics on social media. I wasn’t comfortable with owning this part of myself in real life, so why would I want to own it on social media?  There’s also the fact that some people who I was connected with on social media, but only knew through the grapevine, may not have known I’m a PWS. And if I’m being honest, I wondered what those who didn’t know would think of me once they found out.  The rare times I did post a stuttering article, I wouldn’t check my social media channels for hours. This was because I was afraid of what the comments would say. Most of the time, I got in my head over nothing. The post would only have one comment and two “likes.” Over the past five years, I’ve become more and more comfortable with talking about stuttering on social media. I think this is because over the past five years, I’ve become more comfortable with this part of myself and stuttering advocacy has become my passion. Today, I post about stuttering often and use my platforms to advocate for stuttering and PWS.

My comfort in disclosing has transcended from my social media pages to my online dating profiles. I put that I’m a PWS either in my bio or as an answer to the prompt “What’s a fun fact about yourself?” I disclose because it’s also a good way to weed people out. If me taking a few extra seconds to say what I want to say is going to be a deal breaker, then why bother wasting our time and energy to go nowhere quick?

As I’ve become more comfortable with this part of myself, I’ve become more comfortable disclosing this part of myself to strangers. Whenever I meet someone new, I tend to subtly disclose. My main method for disclosure is when someone asks what I do for a living I respond, “I’m an HLA technologist and a writer on the side.” They then ask, “What’s an HLA technologist,” and/or “What do you write about?” If the latter is asked, then I respond by saying, “My journey with stuttering.” My audience now knows why I talk the way I talk plus it gives me opportunity to plug my work. In situations where I have to do an icebreaker, I disclose by saying, “My fun fact is that I’m a person who stutters.” Over the past few months, I’ve played a couple of online games based off the CBS show Survivor. As soon as the game starts, I put in my team’s group chat that I’m a PWS and explain what that means. By openly disclosing, I accomplish two things. One, I’m taking ownership of my stutter. I’m telling my audience that it’s more than ok to stutter and more than ok to discuss. Second, every disclosure presents a new opportunity for me to further accept and embrace this part of myself.

My years-long journey with disclosure has thus far culminated with two life lessons. I care about my stutter so much more than anyone else does. The bigger and more important lesson is how powerful and beautiful it is to own all of who you are.