Getting Rid of “Did I Stutter?” 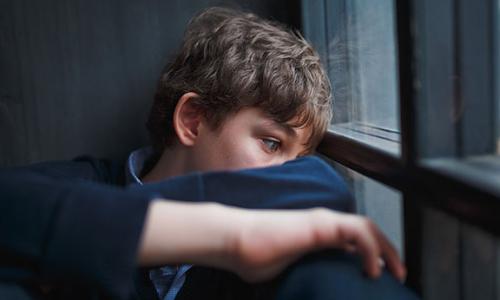 A Blog by James Hayden

“Did I stutter?” Some variation of this phase is typically used when person A clearly said something to person B and person B did not understand what person A said. Person B then asks person A to repeat themselves to which person A says the aforementioned phrase.  This is typically meant as an insult to person B as they could not clearly hear person A. This phrase has been around for decades and has been said in every possible venue: film, NFL press conferences, scripted and non-scripted television, commercials, gifs, memes, TikToks, everyday conversations, and tweets from politicians.

Although there are many examples to choose from, I’m going to focus on uses of this phrase in three different contexts. They are: an attempt at humor, making stuttering seem like a bad thing, and perpetuating the negative stereotype that stuttering equals lying.

The most (in)famous example comes from a scene in a 2008 episode of NBC’s The Office titled “Did I Stutter?" In the scene Michael Scott (Steve Carrell) asks his co-workers for ideas on how to energize their office. After being asked, and declining, numerous times for ideas, Stanley (Leslie David Baker) says, “Did I stutter?” The room is instantly filled with awkward silence and Scott quickly moves to the next person. View it here. This scene produced the episode title, a popular gif, and left with me with a few questions. What was NBC trying to show their audience? That those three words are enough to break an awkward silence and get a laugh? What are they telling their fans who are PWS--that stuttering is worth laughing at? For a show with that type of platform and following, that’s the wrong message to send.

Our next example from Season 30 of my favorite show, Survivor. In Episode 10 of Survivor: Worlds Apart (2015), Will Sims II used a variation of the phrase after verbally assaulting fellow contestant Shirin Oskooi.  Another contestant, Mike Halloway, comes to her defense and asks Sims to repeat what he said to which Sims, responds “I don’t stutter, bro.” To me, the way Sims says “I don’t stutter, bro,” comes across as defensive and angry mixed with a tinge of shame. As if someone just announced his biggest secret to the world and he’s not comfortable with that announcement. I related to that mindset. For so long, if you brought up my stutter, I told you off. I’m not proud of that, but that’s the way I knew how to handle it. Looking back, I did it from a place of embarrassment, shame, and some anger about being a PWS. I rewatched this season recently and even though I now embrace my stutter those feelings of shame, anger, and embarrassment came back when I heard Sims’ words. For me, the tone in which Sims said the phrase further instills the negative believe that stuttering is something to be embarrassed, ashamed, and angered by. In reality, it’s the opposite. It is ok to stutter.

Although progress has been made removing the stigma associated with stuttering, we still have a long way to go.

My final example is a July 2021 tweet by Angela Rayner, a member of the British Parliament, using the phrase “Did I stutter? Tell me where I’m wrong.” The tweet was in response to a news reporter sharing Rayner’s reaction to a quote Boris Johnson made. The way Raynor uses the phrase “did I stutter?” implies that she lied. For so long, stuttering has been equated to lying and this tweet just perpetuates that lie. To make her point, she could’ve said “Did I lie?” or even better “Was I wrong?” Rather, she uses the one phrase that puts an entire population down and further reinforces a false stereotype. Rayner might not have known this was a false stereotype, but this is just another example of the importance of educating others about and advocating for stuttering.

With these and many other unnamed examples, what does it say about us, as a society, that this phrase is still prevalent in pop culture? In the past two years, the importance of diversity and inclusion (D&I) has become more prevalent; however, stuttering is still not thought of when we think about D&I. What other difference is still openly made fun of and mocked in today’s climate?

So, what can we do to better ourselves?

The easiest answer is to remove the phrase from our lexicon. Instead of saying “did I stutter,” one can use “did you not understand me,” “do I need to repeat myself,” or “am I wrong” among other phrases.

Second, we need to educate ourselves about stuttering. It’s more than repeating the first syllable of our name or blocking on our coffee order. It’s self-doubt. It’s not ordering what you want but ordering what you can say without stuttering. It’s avoiding situations because you’d rather stay silent than stutter. It’s doing everything in your power to not stutter. Over time, these feelings might disappear and you may learn to be ok with this part of yourself. However, these feelings might rear their ugly head every once in a while--and hearing the phrase “did I stutter” could be that catalyst for their return.

Finally, we need to see people who stutter in our media where stuttering is just one part of their story and not their whole story. The more we see and hear stuttering, the sooner we normalize it and remove “did I stutter” from our vocabulary.

And for the record, yes, I did stutter.