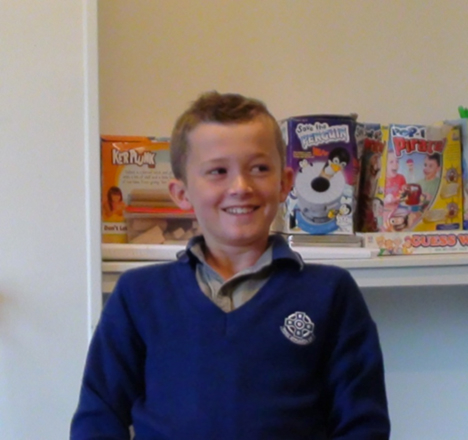 Working with young people who stutter has taught me many things. One thing which never ceases to amaze me is the amount of courage young people exhibit when talking and stuttering. Having a voice in a world where time pressure is imminent and there is an expectation for fluent communication can make talking difficult. One way to overcome this difficulty is to be open about stuttering and to talk about stuttering. Ben, an incredible 12 year old I work with mustered up the courage to speak about his stutter in front of his year group and to advocate for other people who stutter. By being vulnerable and opening up about his stutter, he connected with his audience and in essence reduced the problem of ‘stuttering’. Bravo Ben for talking about stuttering – you are an inspiration and a role model to the millions of people who stutter around the world!

Picture this – you are at the Senior school social… You spot a really cute girl that you want to ask to dance. You start practising some chat up lines in your head like “I seem to have lost my phone number can I have yours?” or “I am not a photographer but I can picture you and me together." You stroll over ready to smoothly ask her to dance.Yo take a deep breath and as you open your mouth to speak......... TRAVESTY – your words get stuck.

I say some people – I am one of those people. I haven't  always stuttered – it started a couple of years ago – My mum, says it's because my brain works faster than my mouth can keep up with! But over these last 2 years, I’ve learned some interesting facts about stuttering that I would like to share with you today.

Fact number  1: Stuttering is more common than you think

Did you know – it is estimated that 1% of the population has a stutter at some time in their life. It is far more common in boys – which is no surprise, as we all know how good girls are at talking! There have also been some great leaders who stuttered – famously King George V on which the film “The Kings Speech” is based, but also Winston Churchill.These were men whose words spoke to a nation – but who both had to overcome speech issues to do it.

Fact number 2: When you’ve learned it, you don't stutter

I can see some of you sitting there thinking – “Hang on a minute, he’s giving a speech which is pretty nerve-wracking. And he’s hardly stuttered at all.He’s a Fraud. Trying to win a speech competition by getting some sympathy.” But  when you have learned something off by heart, you rarely stutter. The brain doesn't have to think about what it wants to say, so can concentrate purely on getting the words out. That’s why you see stutterers often end up going into acting, where they can learn their lines. Did you know Rowan Atkinson better known as Mr Bean, Johnny English stuttered as a child?

When a stutterer sings the words, they come out just right. Ed Sheeran had a bad stutter as a child. He got into music as a way to overcome his speech issues – and now he is an international star! Unfortunately anyone who has heard me sing knows that it is not one of my most attractive qualities!

But probably the worst thing about stuttering is how it makes you feel. Now I am lucky that my stutter is pretty mild and it no longer bothers me. But stuttering can cause people to get very anxious about speaking up in class.Worried that someone may notice, or even worse that they may say something about it. Worried that today will be a ‘D’day.. when Ds just don't come out right and you have to say those terrifying words “will you dance with me?”

So what’s the message in my speech? You will certainly come across people in life who stutter – there are many of us! PLEASE DO NOT laugh, or tease or think that we are stupid. PLEASE DO NOT try and finished our sentences, or tap your fingers with impatience. Just give us time and the words will come out.We might not be the smoothest of talkers but we still have something to say.