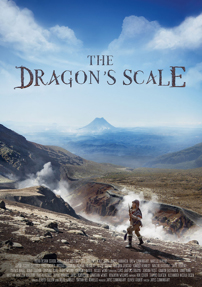 Earlier in the week, the Stuttering Foundation released a Top 10 Things to do to celebrate Stuttering Awareness week. Number one on the list was to watch a video and there are many wonderful videos on the Stuttering Foundation website which are freely available. One of my favourite videos to watch was released earlier this year on Vimeo. The short film was produced and directed by New Zealander James Cunningham and features his own son Drew (a person who stutters) as one of the main characters. I was extremely fortunate to work with Drew and his parents in 2015 and the messages throughout our time together was always “it is OK to stutter” and “you can be a confident communicator even if you are a kid who stutters”.

Here is the film followed by some of the background information James has kindly offered to share with us.

One of the key inspirations for this story is my own son, Drew, and how I have learnt to deal with his stammer. When I grew up, kids with a stammer were teased and I did not want this for my son. However, New Zealand culture has changed over the years and it seems that kids do not tease each other as much when they are different and my son had no hang ups or concerns about his stammer. For me, the realization was that I had the problem, not him. When it came to casting, it looked possible that I could even cast my own son. A local casting agent helped me by putting Drew through his paces and gave their independent advice to support him through the filming process. On top of that, when casting the actress for the role of the dragon and gecko we went with an actress who had some experience as a dramaturge and chaperone of child actors, to help me during the shoot if I needed help.

I asked James for some advice from a parent’s perspective. He came up with, “If your child is doing okay at school and his friends and classmates are not giving him trouble or mocking him then don't worry about it. Try and separate your own concerns from what your child is actually feeling and don't project onto them, and create a problem where it doesn't need to be there. If your kid is not concerned, you shouldn't be. But be there for them to listen when they do want to talk about it.”

Drew also provided some advice and his tip to other kids who stutter was, “Don’t worry about it too much, just go with the flow and try to use the speech tools (Slow starts, turtle talk).

The Dragon’s Scale has featured in 14 film festivals across 8 countries and has picked up 4 awards. I hope you are able to spread the word about this film as the underlying message about acceptance is one which truly transcends stuttering.