It’s Not Stuttering, But What Is It?

Skip to main content Skip to navigation
Preliminary Results of an Internet-based Survey
By Kyra Swick, Vivian Sisskin, M.S., and Nan Bernstein Ratner, Ed.D., University of Maryland, College Park
Last spring, in response to the many e-mails we received after discussing clients with atypical fluency profiles, we asked interested clinicians to answer some survey questions.  Our goal was to explore how frequently clinicians encountered clients with obvious fluency concerns that did NOT appear to be stuttering.

In this column, we present Part I of the responses we received and discuss our interpretation of your feedback. In this column, we address general feedback about how often clinicians see such “atypical” fluency clients and how these clients differ from the more typical clients who appear to fit more traditionally-
defined characteristics of stuttering or cluttering.
Results
A total of 220 clinicians responded to this survey but did not respond to all questions, thus denominators vary by question. Given the way we recruited information, there was an obvious response bias for clinicians to fill in the survey if they had, in fact, seen clients with unusual fluency behaviors, and so only 21 of 220 (less than 10%) did not report such cases.
We believe that our results would clearly have been different had we directly contacted a random sampling of clinicians, even if that sample had been chosen from a cohort
of fluency specialists. However, from the general profile of response, many clinicians are seeing fluency-disordered clients with atypical or “confusing” profiles.
Prevalence and Client Demographics
When asked if clinicians had seen clients with unusual fluency profiles that do not appear to be developmental stuttering within the past three years, the most commonly reported profile was a “neurotypical child with atypical disfluencies such as word-or clause final repetitions of sounds or segments (e.g., “play-ay”, or “I am going to play a game—ay a game”) - 67%, 133/199.
This number was actually an underestimate, as a number of respondents picked “other” profiles and then modified this category to report that they had seen such behaviors, but that they also included intrusive glottal stops, /h/, silent blocks, or other sound insertions.
This category was closely followed by “a child with non-struggled stutter like behaviors that seem to emerge under language formulation problems” - 65%, 130/199 total responders. Please note that respondents could pick more than a single client profile.
The next most frequently reported case was that of “children or adults with autism spectrum disorder showing atypical disfluencies such as those previously described” - 54%, and therefore consisted of a large subset of the first two reported categories.
Of these atypical disfluency profiles, clinicians reported an average of 3.19 clients with language formulation or stress disfluencies (144 responses), 2.28 neurotypical clients (129 responses), and 2.78 clients with ASD (109 responses).
Almost 20% of respondents reported disfluencies in bilingual or ESL clients that seemed hard to differentiate from developmental stuttering. A much smaller proportion (8%) reported seeing adults with language formulation disfluency and another 18% reported “other” profiles of disfluency that did not appear to be stuttering. We are still reducing the extensive commentary provided by almost 60 respondents who talked about particularly challenging cases, and hope to be able to discuss these issues in an upcoming newsletter.
There were 199 respondents to this question; SLPs reported seeing a total of 457 individuals with atypical fluency profiles, an average of 2.3 per respondent. Some isolated reports discussed clients with acquired profiles following trauma or medication; the majority of cases that clinicians described involved cases that were particularly challenging because the client did not appear disturbed or handicapped by the fluency problem, while others in the child or adult’s environment found the behavior sufficiently problematic to recommend assessment and/or intervention.
Trends in Evaluation and Assessment 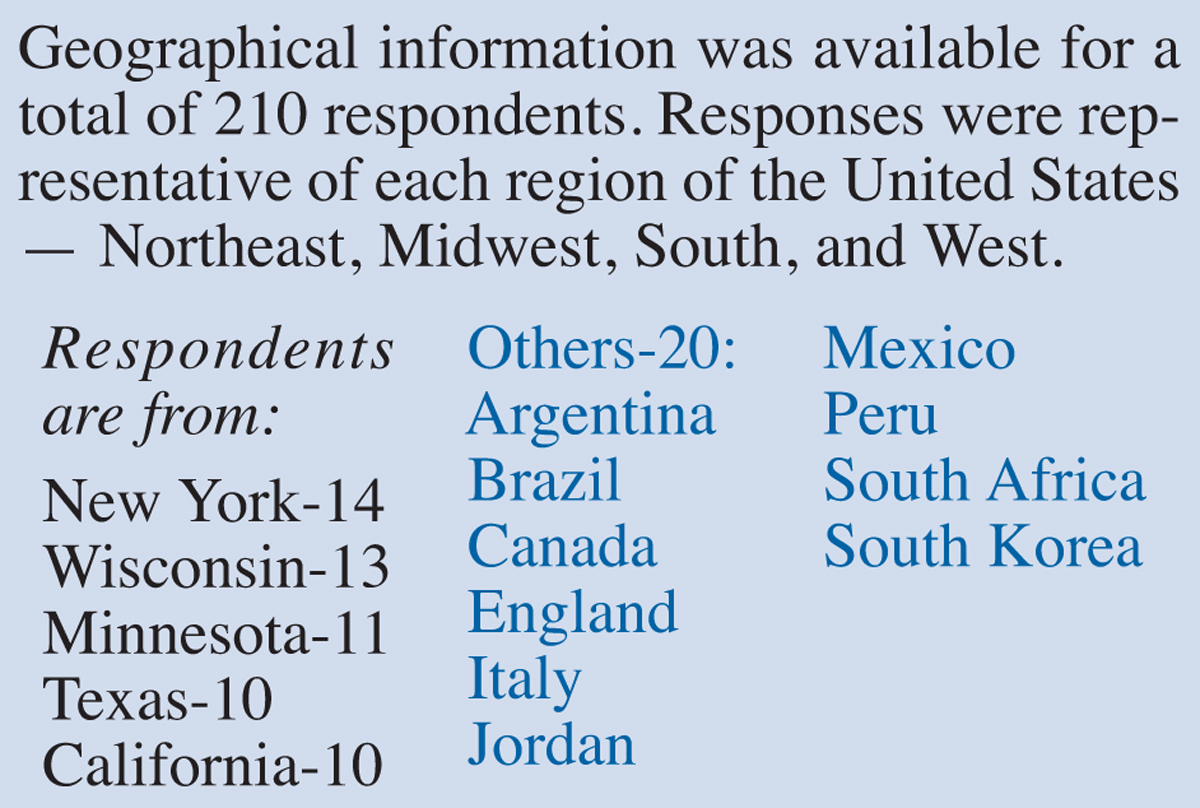 Much of the response discussion detailed what assessment methods clinicians used in dealing with these referrals and various approaches to treatment. We are still reducing these data and will report it in an upcoming column.
How typical is “atypical” disfluency?
To borrow a phrase from Sisskin & Wasilus (2014), “atypical” profiles of fluency disorder appear to have been “lost in the literature, but not on the caseload.” While we acknowledge that only clinicians who were particularly motivated to report such cases responded by going to our linked study, almost 200 individual clinicians reported seeing such challenging cases and generally bemoaned the lack of guidance on how best to understand why their clients had speech production fluency problems, and wanted to know how best to differentially diagnose and treat them. Our modest conclusion from this portion of the survey is that such clinical conundrums are more frequent than our traditional clinical training has led us to believe.
Reference
Sisskin, V., & Wasilus, S. (2014). Lost in the literature, but not the caseload: Working with atypical disfluency from theory to practice. Seminars in Speech and Language, 35(2), 144-152. doi:10.1055/s-0034-1371757
From the Winter 2016 Newsletter