Don’t Leave Home Without It

Skip to main content Skip to navigation
Be Sure to Pack Your ID Card
Have you ever been stopped for speeding or had trouble when questioned coming through airport security? If you have, whether you stutter or not, you know how tough these two situations can be. 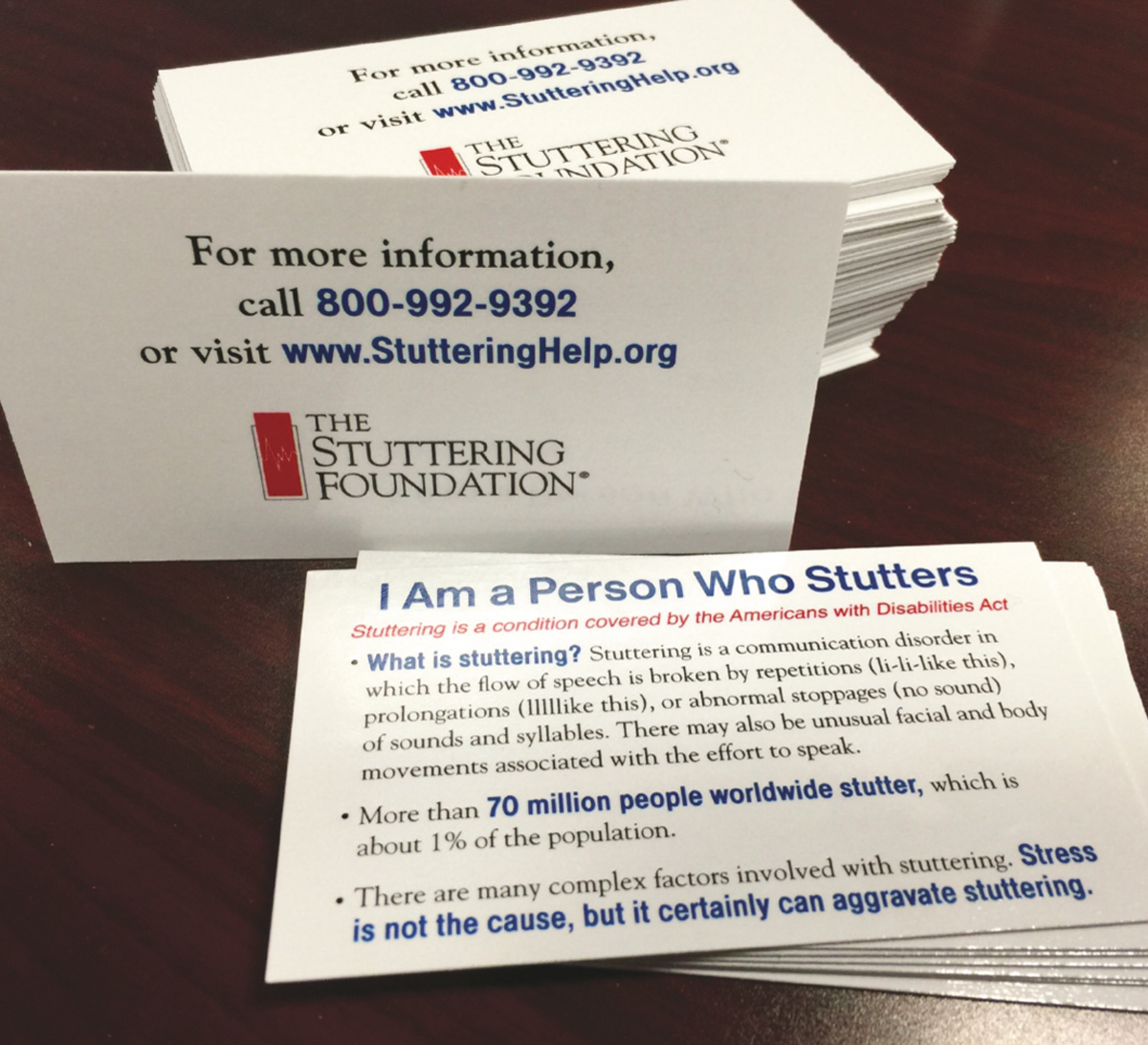 In February, the Stuttering Foundation announced the creation of a free ID card available to all those who stutter, designed to help them in stressful “what’s your name?” situations.
“Not only have we been told by many people who stutter that the ID card is a helpful tool but we have also learned from TSA officials and police staff that they appreciate knowing that the hesitations and repetitions they hear are not a sign of suspicion,” noted Foundation President Jane Fraser. “When seeing the card, TSA agents quickly understand why some travelers may have trouble giving their own name or city of departure during routine questioning.”
Added Board member Don Lineback, “I hand out the cards to TSA staff at airports; they use them as a multi-purpose educational tool.”
“With constantly evolving security concerns, the traveling public and the screeners are under more pressure than ever—we’re just trying to help and to educate,” added Fraser.
The card was designed in response to an incident involving Kylah Simmons, a U.S. citizen returning home through the Atlanta airport after studying abroad. According to media reports, Ms. Simmons, a person who stutters, was questioned repeatedly about her stutter by a customs agent. Ms. Simmons was told by the agent that she was “lying” about her stutter.
After this stressful event, Simmons worked closely with the Foundation to design the card and make it available to the stuttering community worldwide.
“When questioned by someone in authority, we all may have difficulty maintaining our fluency. For someone who stutters, it can be a much greater challenge. We hope this tool will make a difference,” added Fraser.
Download your free copy of the ID card or request a card by mail by emailing info@stutteringhelp.org.
From the Summer 2016 Newsletter