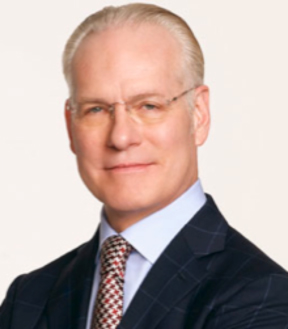 Now a veteran design consultant and seasoned expert in the fashion industry, Tim Gunn first shot to fame in 2004 as a mentor to contestants on Bravo TV’s popular fashion design competition, Project Runway. Week after week, Gunn caught the audience’s attention with his signature catchphrase, “Make it work.” However, Gunn had some trouble following his own advice as a child growing up in Washington, D.C.

In a January 2015 profile from The New York Post, Gunn addressed his struggle with stuttering in his early life. “Things were hard for me,” Gunn said. “I was a difficult kid. Anti-social. Hated school. Hated team sports. Stayed in my room. I was a stutterer and faked illnesses to hide away.”

In one of his earliest interviews on the subject in 2007, Gunn told Metro Weekly  that, “For the first 15 years of my life I had a really terrible, terrible stutter that caused me to shy away from people in general. It had a very negative impact on me at school. People teased me about it. I was not a popular kid.”

In a February 2014 interview on NPR’s Fresh Air, Gunn expanded on the hardships caused by his stutter. “I had a very debilitating stutter, and that was very limiting for me socially and it of course was rife for teasing, and people would imitate me or they'd want to engage with me, would want me to speak, because they wanted to hear the stutter and laugh,” Gunn said. “So that exacerbated everything that I experienced, and it added a painful dimension to every kind of interaction, whether it was with peers or whether it was with doctors.”

Gunn shared that while “intense speech therapy” helped him overcome his stutter, he still occasionally struggles with it “if very tired or nervous.” “But I wouldn’t change things,” he concluded.  “It’s made me who I am. Stuttering had much to do with how I learned.”

A graduate of the Corcoran College of Art and Design, Gunn spent much of his early career in academia, mostly at Manhattan’s prestigious Parsons The New School for Design, where he ultimately revived a stagnant fashion department. Today, Gunn continues to advise young fashion hopefuls as a co-host on Project Runway, and serves as the chief creative officer for Liz Claiborne, Inc., a post created specifically for him by Claiborne CEO William McComb.

Gunn’s candid interviews shed an important light on the issue of stuttering, and solidify Gunn as a much needed, high-profile advocate for the stuttering community.