Stuttering: The Heartless Enemy of Communication 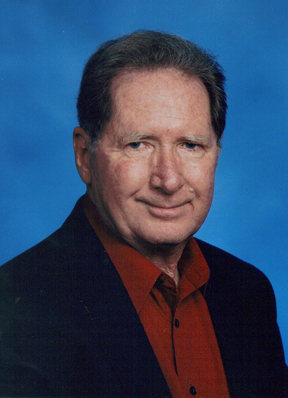 Many years ago when I was in the Air Force, stationed in San Antonio, Texas, I went through a traumatic, distressing, and humiliating experience.

I worked as a clerk in an office, and it was my job (among other clerical duties) to answer all incoming phone calls. I received a routine call one day.  The only other person in the office was an Army Major, a kind man. My telephone conversation that day was brief - I said hello, identified myself and the office I worked in and then listened for the reply. I was asked to comment on a particular subject - but sadly I was unable to comply with the request.

I was in psychological terror, because I stuttered very badly on a daily basis.

I eventually just hung up the phone and lowered my head in embarrassment and shame - welcome to the world of one who stutters.

I’m not going to give you a medical definition of stuttering  (and there are some) - It’s a malady that anyone can spot. Scientists don’t know why people stutter. Boys are 3 times more likely than girls to suffer from this. About 1% of adults are affected by it. 1% is a big percentage for me, however, because I am prone to stutter anytime, and when it happens, it’s like twisting a knife through my stomach, shredding precious organs. That picture translated to stuttering means my self-esteem and self-worth have just been pulverized.  I’ve become aware that a heartless enemy is trying again to bring me down.

For a long time, stuttering made a major impact on my social life. I would shy away from group settings because I could not be sure I would not stutter. I recall vividly during Basic Training in the Air Force the time I stood before an instructor and stuttered so bad that he, in pity, frustration, and  perhaps, scorn, dismissed me from his presence - I really don’t think the poor man knew what to do - in retrospect, it would be easy to feel sympathy for him. I recall the time in church when someone asked me to pray in a class. Because I could not get the words out I stopped and requested someone else pray. I did not go back to church for a long time after that.

Professional Therapy has suggested there are cures for stuttering - There’s an anti-stuttering device - also a 12 day Therapy course, and many others.

I haven’t used any of these - I’ve just worked hard to control it and especially not use too many words in any conversation that involve “S”’s Or “T”’s. On the infrequent occasion that I might stutter now, it’s hard to make myself think “Hey, I’ve really improved, I haven’t stuttered in  a long time” - remember that knife in my stomach? The impact will always be deadly and heartless, plunging me for a time into abject misery.

Finally, I think back to that kind Army major in my office. He heard every labored attempt to speak that day. After I hung up the phone, he walked over and placed his hand on my shoulder. He ultimately helped me find a speech therapist. That was not a cure, but it was the important first step toward mastering the struggle with stuttering. That itself has proved to be a wonderful benefit, and because of it, I am determine to not ever fall to the heartless malady of “stuttering.”

You can contact Ed Arrington at edarrington6@yahoo.com or 9684 Nelson Fork Drive, Jacksonville, FL 32222