The Stuttering Foundation: A Salute to The King's Speech 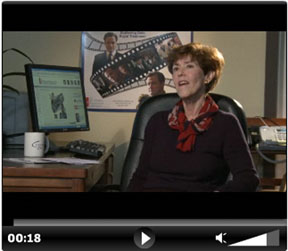 MEMPHIS, Tenn. (Feb. 25, 2011) — "The King's Speech has truly given a voice to the voiceless, hope to those who had none, and courage to those who struggle daily to be heard," said Stuttering Foundation President Jane Fraser.

“By enlightening the public to the challenges that people who stutter face, The King's Speech has raised awareness to a level never before seen and won the heartfelt support of the 68 million people who stutter worldwide,” she said.

"This movie is far more than just entertainment to people who stutter," Fraser added. "Our world has truly been turned upside down.

Since its debut, the movie has given us a platform to talk openly and honestly about this complex and misunderstood disorder," she added. "When teenagers begin to say, 'it's cool to stutter,' we know that the stereotypes are going out of style!

For people who stutter, The King’s Speech brings a once-in-a-lifetime opportunity to be heard. People who stutter can hold their heads high. This is the movie’s greatest accomplishment,” said Fraser.

Jane Fraser is president of The Stuttering Foundation and co-author of If Your Child Stutters: A Guide for Parents, 8th edition. She is also vice president of the Association for Research into Stammering in Childhood, Michael Palin Centre, in London. Ms. Fraser is available for interviews by contacting Greg Wilson, 571-239-7474 or email: gregwilsonpr@gmail.com.

Malcolm Fraser felt the same dread of speaking in public that King George VI experienced in the 1940s. Inspired by the plight of “Bertie”, Fraser, a successful businessman and stutterer, went on to establish and endow the 64-year-old nonprofit Foundation in 1947. The Foundation provides a toll-free helpline, 800-992-9392, and free online resources on its Website,www.stutteringhelp.org, including services, referrals and support to people who stutter and their families, as well as support for research into the causes of stuttering. Please visit us at www.stutteringhelp.org.