For more than a year, celebrated author Vince Vawter has been collaborating with Jim Wann on a stage show that will be of great interest to the stuttering community — Paperboy: A Musical. Vince, of course is the Newbury Honor Award Winner for his first book, Paperboy — and a great friend of the Stuttering Foundation. 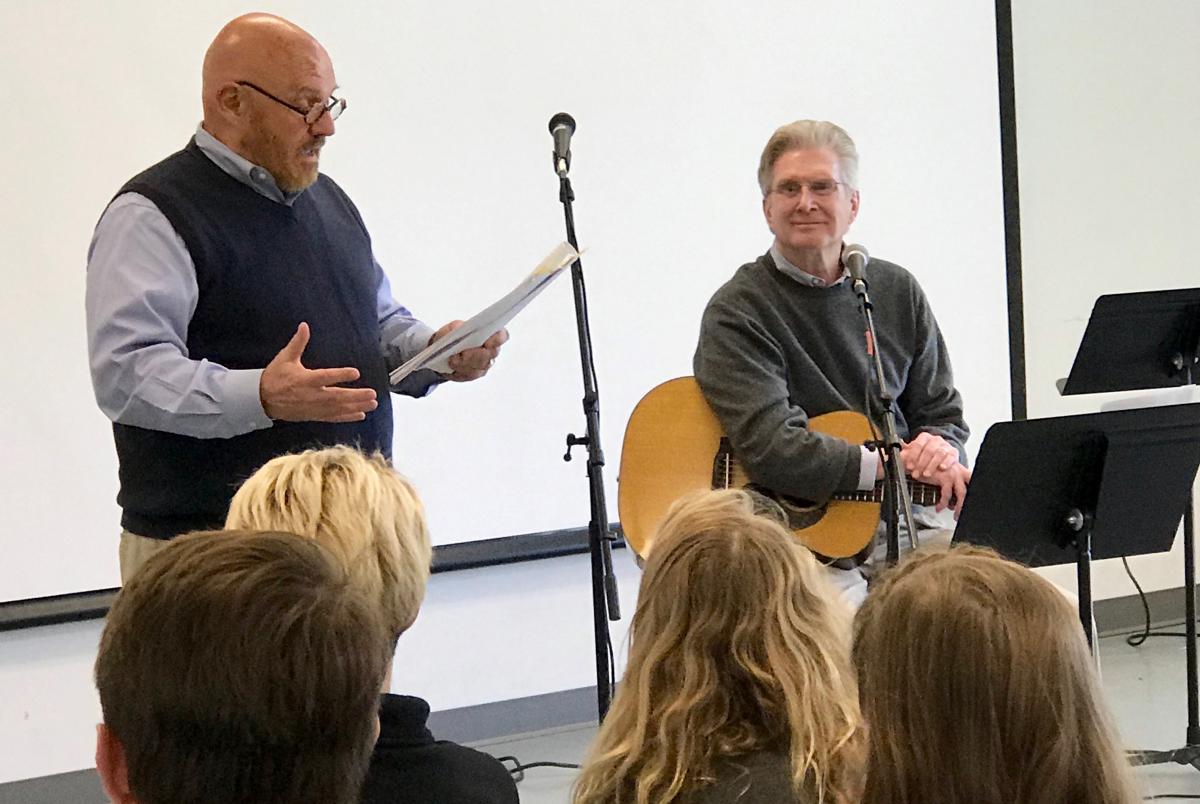 Jim Wann, if you don’t know the name already, created and performed in the Tony-nominated musical Pump Boys and Dinettes that ran on Broadway for almost two years. Through the years, he has created numerous other musicals that are still performing up and down the East Coast. An outstanding singer and guitarist with a passion for songwriting, Jim is, as Vince attested, "the REAL deal."

"I loved the characters and story, and then one day a song popped into my head, based on the first sentences of the book," Jim remembered.  "Then I wrote another one with the names of the streets in Paperboy's neighborhood. I loved the sound of those streets. And then another one about how typing makes the words "come out easy." Vince liked those so we went on down the road."

“Music is all about communication," Vince explained, "and both Jim and I thought a Paperboy musical offered an opportunity to tell the book’s story in a unique way. I hope the fact is not lost that most of us who stutter have no trouble singing, not necessarily on key in my case.” 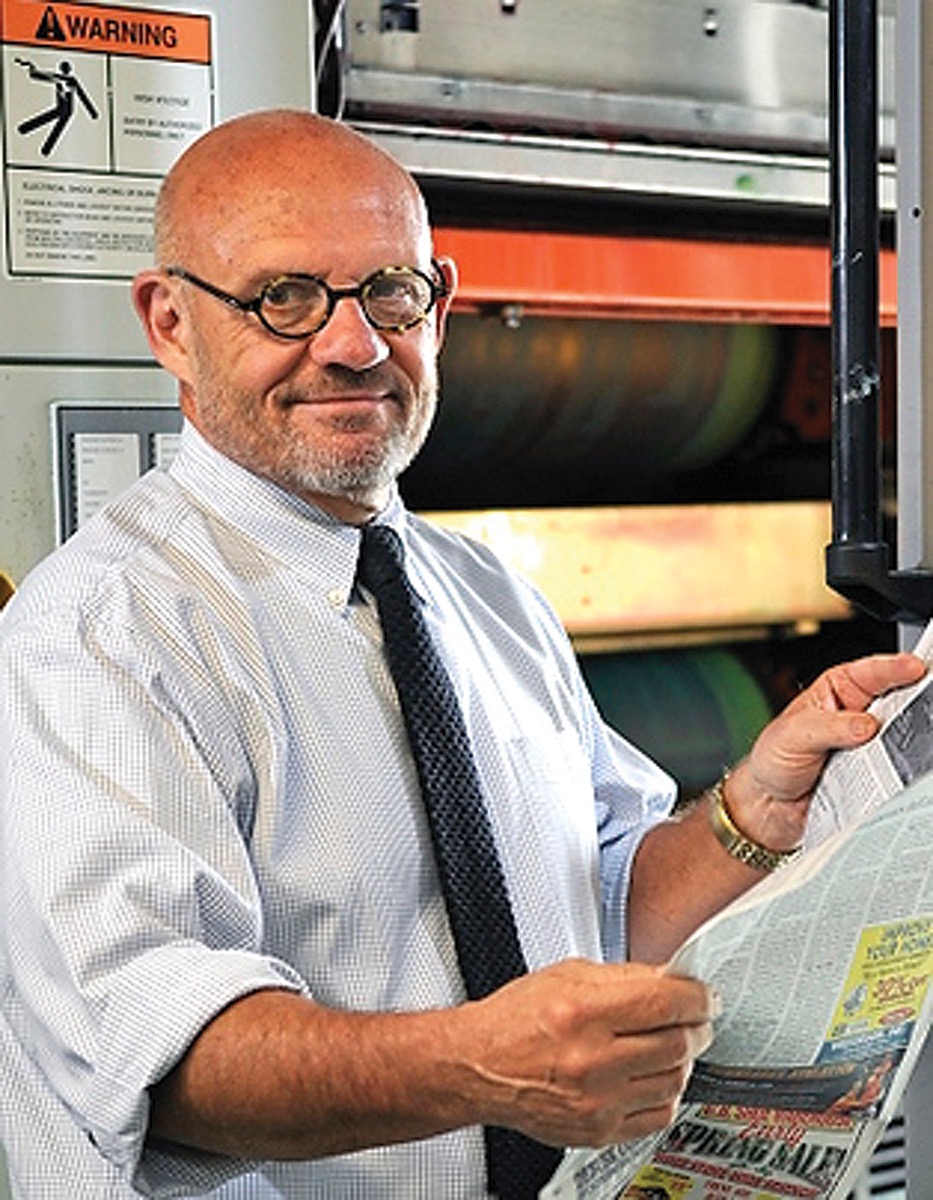 Recently Vince and Jim had the opportunity to give a "sneak preview" performance for a group of students at Frederica Academy in Saint Simon's Island, Ga. With Vince reading the script and Jim singing and playing guitar, their first test run was a success. “It was an experience I will never forget, unveiling a new and unique telling of Paperboy in music and lyrics,” said Vince. “We asked the students for feedback at the end of the session that went by far too quickly. They shared their feelings, which gave us confidence that this is a story that can be told in a musical setting.”

One of Jim’s original songs, Dancing With Our Hands, is written for a deaf character in the book. Jim’s rendition turned into a bit of spontaneous theater when a faculty member who knows American Sign Language volunteered to sign the song as he performed it. “We have in mind that characters will sign this song on stage as part of the performance. It was beautiful to see and hear,” added Vince.

Vince and Jim are hard at work putting together all the pieces to their new musical.  “Jim has written more than a dozen original songs and I continue to work on the script. We don’t have a timeline or a producer yet, but we do want to see Paperboy: A Musical on stage.”

"I've learned more about stuttering and thought about it a lot as we go along," Jim said.  It's made me think of the challenge we all have communicating, hearing and being heard.  I see a lot of the issues of our time through that prism now. Paperboy is brave and has a big heart and he's on a journey — he's the hero — and on some level, his quest is universal." 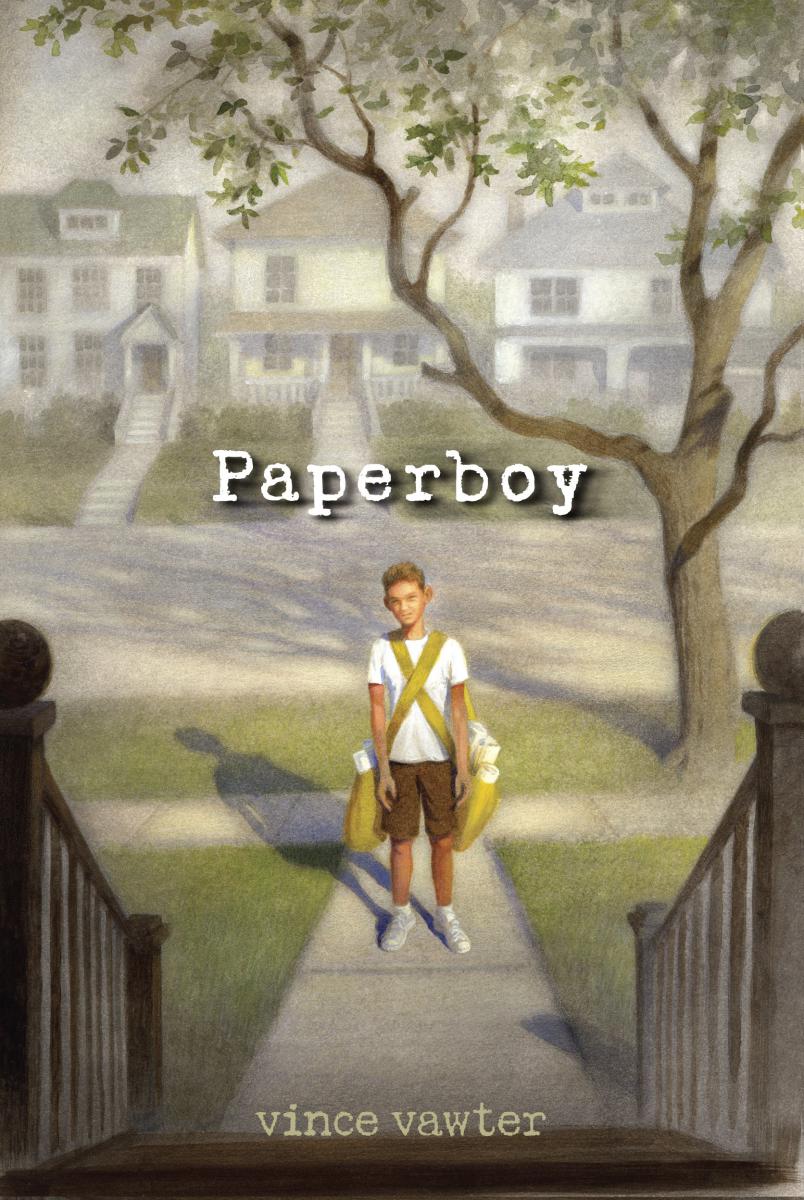 Author Vince Vawter already had a 40-year career in newspapers behind him when he wrote Paperboy, a 2014 Newbery Honor-winning book about a boy who struggles with a stutter while growing up in segregated Memphis. Many of the stuttering struggles depicted in his novel are direct from his own childhood experiences. A long-time friend of the Stuttering Foundation and an activist for stuttering people everywhere, Vince has also written a paper for The Stuttering Homepage, addressing many of his views after 60 years of living with a stutter. Fans of Paperboy can look forward to a sequel novel titled Copyboy, hitting the bookshelves in 2018. Vince currently lives with his wife in Louisville, Tenn., on a small farm in the foothills of the Great Smoky Mountains. For more information on Vince Vawter's work, please visit www.vincevawter.com.

Vince’s sequel to Paperboy, titled Copyboy, is due out in August of 2018, and will be available on Amazon and in local bookstores.

From the 2018 Summer Newsletter