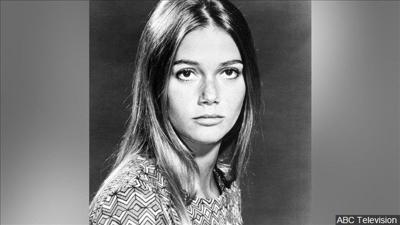 On Saturday, May 11, 2019, the stuttering community lost one of its most visible celebrities with the death of actress Peggy Lipton at age 72. The announcement was made by actors Kadida Jones and  Rashida Jones, her daughters from her marriage to famous music producer Quincy Jones. Peggy Lipton was one of the first celebrities to be public about her stuttering.

Born in Brooklyn on August 30, 1946, to Harold Lipton and the former Rita Hetty Benson, she was raised in the suburb of Lawrence on Long Island. Her father was a successful attorney who graduated from Harvard Law School while her mother was a Jewish immigrant from Ireland whose family was prominent in Dublin’s then large Jewish community.

Starting as a model for the Ford Agency, by 19 she made her television debut on the sitcom The John Forsythe Show and followed with guest appearance on many network shows. Then, in 1968 she was cast in the role of her career as young adult undercover police officer Julie Barnes in The Mod Squad, an Aaron Spelling production that ran from 1968-1973 on ABC. Her character of Julie Barnes was one of three young crime fighters, Linc Hayes and Pete Cochran, played by Clarence Williams III and Michael Cole, respectively. The Mod Squad was one of the first shows with a multi-racial cast and the first one which portrayed the modern day counterculture in the U.S. During the five seasons of the show’s run, Lipton received four Emmy nominations in addition to a Golden Globe for best actress in a TV drama in 1971.

After romances with Paul McCartney and Elvis Presley, she married famed music producer Quincy Jones in 1974 and put acting on hold to raise their two daughters. During that period, Jones would produce highly success albums such as the Michael Jackson albums Off the Wall, Thriller, and Bad, as well as Light Up the Night by The Brothers Johnson. Following her 1989 divorce from Jones, she returned to the small screen in 1990 for the two seasons of the David Lynch created show Twin Peaks on ABC, and reprised her role as Norma Jennings for the show’s 2017 reboot.

During the stardom of The Mod Squad years, she made no effort to mask the fact that she was a person who stuttered who found fluency through acting. In fact, in 1970, a small self-help group of people who stutter in Greater Los Angeles gave her an award long before stuttering groups were well-organized. Her only two siblings, two brothers, both had minor issues with stuttering. Her stuttering was always an issue of sorts in her attacking career. In her 2005 memoir Breathing Out, she wrote: “Under contract to Universal Studios, I was compelled to take all jobs I was given, and say lines I couldn’t get out because of my stutter. I’d fret and stay awake all night worrying about how to ask the director if I could change or rearrange a sentence just so I wouldn’t have to say a certain consonant. Rarely would anyone let me change a line so I would just pray and turn completely inside out with trepidation. I’d stammer, freeze, or fake that I had forgotten the line.”

In another chapter in the book, Lipton recounted how a director of The Mod Squad verbally abused her on set because she wanted to change a line because of her stuttering. Her co-stars Michael Cole and Clarence Williams III then made the work atmosphere so difficult for the director that he threatened to walk off the set. Cole and Williams demanded that he apologize to her.

In an era when there were few media reports about a famous person who stuttered, during The Mod Squad years there were a few articles in supermarket tabloids about how she struggled with stuttering.

Countless actors in Hollywood spoke glowingly of Lipton upon the release of the news of her passing. It is safe to say that a lot of large number of people who stutter are speaking of her glowingly in that over 50 years she was such an inspiration and role model to those faced with the challenge of stuttering. The Stuttering Foundation has always been proud to have her name on the list of Famous People Who Stutter. Peggy Lipton’s public embrace of her stuttering so long ago paved the way for today’s celebrities to speak openly of their stuttering.