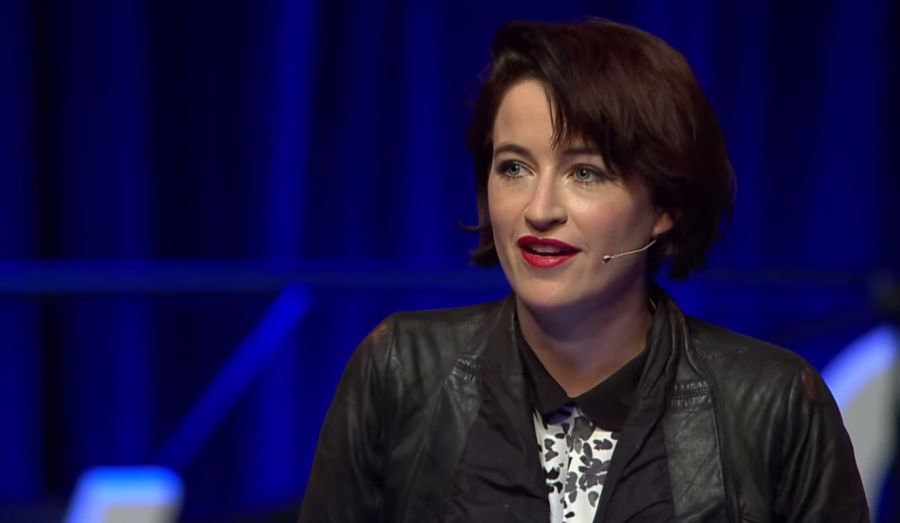 Singer/songwriter Megan Washington is no stranger to being center-stage. The Australian musician frequently sings, and plays guitar and piano in front of live audiences. Her debut album I Believe You Liar peaked at number three on the ARIA Albums Chart and went platinum. At the 2010 ARIA Music Awards, she won the Best Female Artist and Breakthrough Artist awards. When asked to present at the same event, however, she refused on account of her fear of public speaking.

Washington has spoken with a stutter since she was five years old. Her stutter led to persistent bullying throughout her teen years and her “mortal dread of public speaking.” Years of speech therapy helped her hide her stutter as she learned methods such as the “smooth-speech” technique. Washington used these methods to help minimize her stutter during interviews and public appearances.

Despite the years of speech therapy, Washington cites music as the key factor in helping her with fluency. “Singing for me is sweet relief, it is the only time when I feel fluent,” she explains. “Somehow, through some miraculous synaptic function of the human brain, it’s impossible to stutter when you sing, and when I was younger that was a method of treatment that worked really well for me.”

After years of striving to disguise her stutter, Washington decided in 2014 to confront her fears head-on by speaking at a TEDx event in Sydney.  In her humorous and inspiring speech, she told the world she has a stutter and she “might as well come clean about it.” Washington says that after facing her fears, she now has a new outlook on life.

“I used to try and be all the things that I want to be while suppressing it or trying to disguise it,” she says. “But now I’d like to just be whatever I am.”

Washington’s fearlessness provides an uplifting model for the stuttering community.