A Home Run for Stuttering 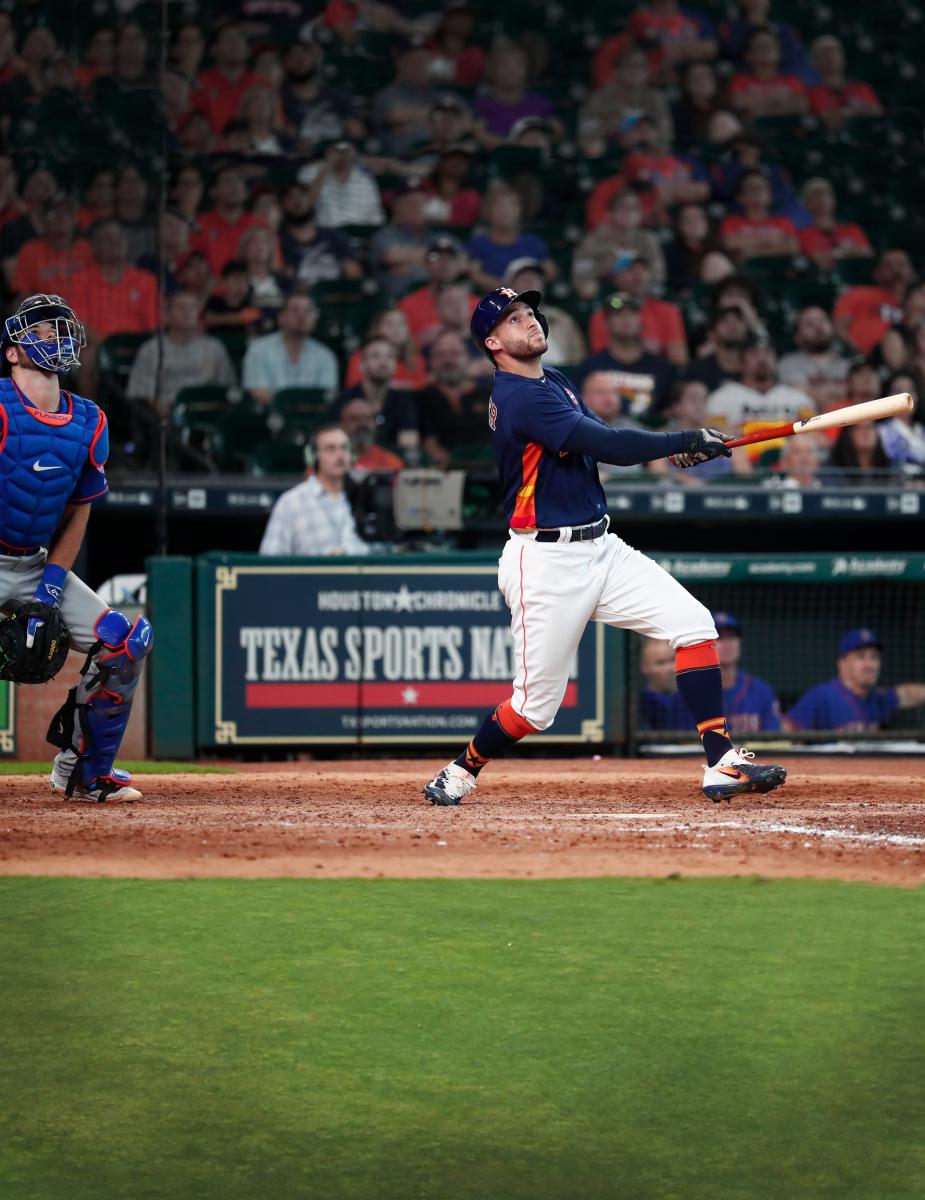 For George Springer, the 2017 World Series began with a shaky start. After striking out four times in game one, however, the outfielder quickly regained his usual stride. In game two, Springer helped his team secure the win with his two-run homer in the 11th inning. The win inspired confidence in Springer, prompting him to dream bigger. "I can't wait to tell the world that the Houston Astros are World Series champs," he said in an interview after the game. "That's my dream."

In about a week's time Springer's dream came true, as he appeared on television, in news features, and on the radio to tell the world of his big win. Springer's five home runs earned him the title of World Series MVP and with it, a hoard of requests for interviews. While today Springer jumps at the chance to speak publicly about his team and the game, this was not always the case.

"There was a point in my life where I used to hate this stuff,'' Springer says of interviews. "But it kind of grew on me, and the more I kind of embraced who I am, it made me enjoy it more.''

His supportive family and friends inspired confidence in Springer as he grew up. He now strives to "get past it." "It is what it is," he says. "You can't let it prohibit you from going out and living life."

Springer was speaking with children who stutter when he realized he could instill confidence in children who struggled as he did. "I had an epiphany,'' he says. "I realized, seeing these kids and seeing the pain that they go through because they feel bullied and they feel isolated, and that's so sad. So I decided right then and there, I'm going to expose myself as somebody who stutters."

And Springer did just that. He fearlessly faced interviews and even elected to wear a microphone during his All-Star game in Miami for an interview with Fox Sports. "I can't spread a message to kids and adults if I'm not willing to put myself out there," he told reporters after the game. "I understand I'm going to stutter. I don't care. It is what it is. It's not going to stop me from talking or having fun."

George Springer's refusal to stay silent and hide his stutter serves as an inspiration to all. We, at the Stuttering Foundation, hope that his example will encourage those who stutter to face their fears head-on. As Springer says, "Don't let anybody or anything get in the way of who you are and who you want to be."

From the Winter 2018 Newsletter