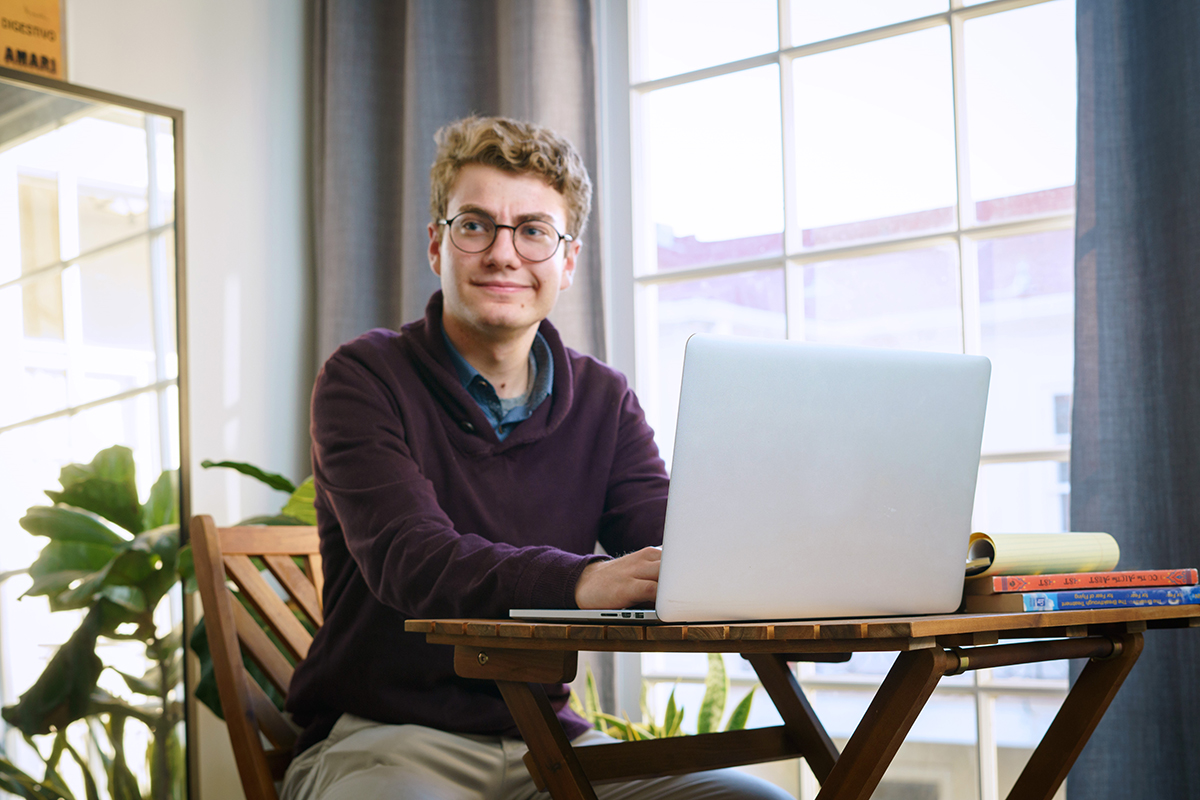 Young author Akiva Splaver wrote his first book, The Stutterer's Apprentice, as a 17-year-old high school student. His inspiring and unique narrative was encouraged by his family and driven by his own experiences of isolation, trial, and ultimate victory over stuttering.

Do you remember when you first began to stutter?

I’ve stuttered for as long as I can remember. The degree, though, has changed a bit. Sometimes it feels like peanut butter is chronically stuck in my throat and other times like a malfunctioning record player repeating the same word. In short, it has a mind of its own. When I'm more relaxed, though, the stuttering improves.

Does stuttering run in your family?

Did you seek treatment, and did it help?  I don’t know of any relatives who stutter. My mother sought out treatment for me. She always said, “Akiva, if people only knew the real you like I do, you would have so many more friends,” thinking that stuttering prevented me from connecting with people. She wasn’t wrong. We would spend summers driving to speech therapy programs and practicing the techniques. It was a lot of fun, almost like a game, stretching words out, breathing from the diaphragm on my bedroom carpet, and seeing how the efforts paid off. The exercises helped, but I stopped practicing them. Because I had stuttered for so long, it felt awkward speaking any other way.

Tell us about your experience with stuttering as a child.

I could tell if I was going to stutter before I said something. So, as a child I honed into that feeling, only speaking when I felt more fluent. This worked for casual lunchroom conversation, when saying a sentence or two. But when it came to class presentations in middle school, I couldn't limit the speaking time. I remember on the last day of school, my history class required a final presentation and I volunteered to go last. I made sure to have the font extremely big, hoping others would chime in, reading from their seats and relieve me from speaking. But the teacher insisted that I do it alone. All the “um, you know, and like” word fillers and foot tapping came out. It was a stuttering free-for-all, while I looked up at the ceiling wishing I could be anywhere else but there. 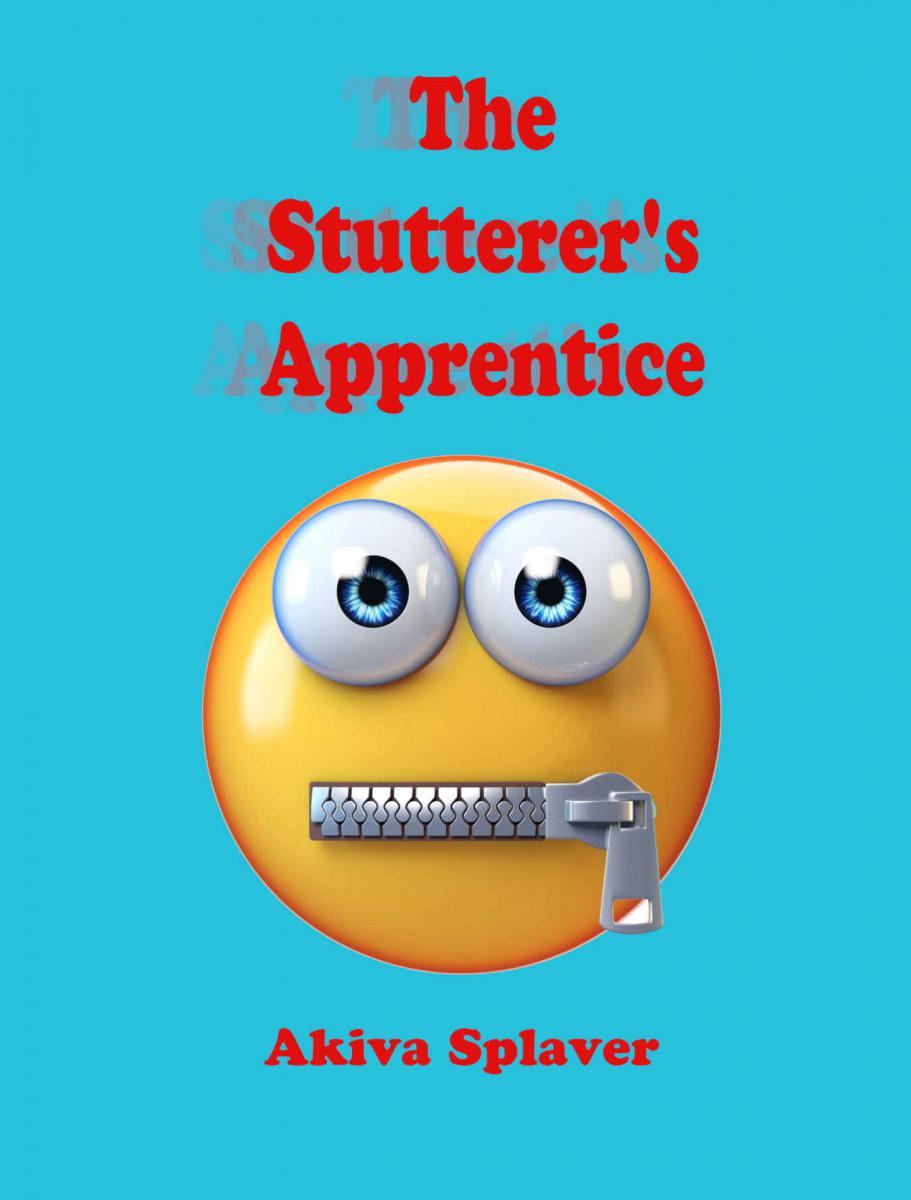 How is your stuttering today? What do you do to control or manage it, if anything?

Overall, I’d say it is slightly improved with periods of almost complete fluency, but it does sometimes get unpredictably worse or better. When you stutter, you’re never just focusing on one thing, you are often simultaneously trying to find ways around a speech block and hiding any signs of nervousness or embarrassment. Earlier this year, I started doing improv in a stage acting class, where I had to think quickly in the moment and found that this helped with my stuttering. I feel like I’m using a different part of my brain on stage, although I can’t repeat memorized lines as well. This may be because I have the entire English vocabulary at my fingertips and can handpick words I know I won’t stutter on.

I started a "Life Skills Club" in my junior year of high school and researched several subjects to talk about; topics that we all think about but never question, like, “Why We Have Our Best Ideas in the Shower?" or ‘What Do Our Dreams Really Mean?"  Of course, when you stutter it takes a lot of courage to stand up in front of a large audience and talk, questioning whether the perceived embarrassment of stuttering in front of an audience is worth it. So, it’s hard to put myself out there even when I think I have a really good idea that I think needs to be shared. But I think writing and improv have helped me get through many of those hurdles.

Based upon your experiences, what would you like to tell children who stutter?

We live in an age where people are far more accepting and, believe it or not, are less likely to think of you as "weird." Looking back, acknowledging my speech to other people with a simple, “great to meet you. I stutter,” would clear up much of the confusion for them and they would be glad I did. Another thing I would say is that there’s nothing more refreshing than meeting the many others who stutter at organizations.

Where did you get the idea for the book? What inspired you to write it?

I went to a small school all my life, and there wasn’t anyone else I knew who stuttered. So, I wrote a short story at age fifteen about kids who stuttered going on a terrifying adventure through a mine at night. I’d never really written before, so I showed it to my mom and she said, “Akiva, you wrote this?” and I showed it to my grandfather, a medical writer, who did some edits. He encouraged me to write more stories with stuttering as a theme, because he thought there were numerous medical books about stuttering but not enough, particularly from a teenager's point of view, with the emotions of someone who actually did. I ran into a problem, however. I didn’t have enough time to write. So, I woke up at 5AM each morning to write two hours before school. Before leaving the house, I felt like I had accomplished something valuable for the day. After a few years of throwing out more pages than I actually kept, I finally had a sizable amount of writing that could be used for a book of four stories, The Stutterer's Apprentice.

Did you write about yourself at all?

Yes, in the first story, The Stutterer’s Apprentice, the Governor asks Kevin for his name in front of bright lights, a large crowd, and news cameras. That actually happened to me in my senior year of high school, just a few months before graduation. My school announced that Florida’s governor was going to meet my class, so we had to line up to meet him. The Governor walked up to me, shook my hand while maintaining eye contact, and asked my name, as a barrage of bright cameras flashed, waiting for me to say something. A stutterer can overestimate the time it takes to say something, and it felt like it had been a tense thirty seconds staring into that politician's eyes while trying to say my name – something I’ll never forget. The only way for me to get that thought out of my head was to write about it, through a character in the story, so it’s no longer a secret. I laugh at it looking back.

What is the main message of your book?

Stuttering is a normal variation of human behavior and stutterers can accomplish great things in life.

How did you feel when you saw your book had reached #1 on Amazon?

When I committed to writing The Stutterer's Apprentice, I never anticipated it would be something many people would read. I’m glad the right audience, people who stutter and their families and friends, found the book and enjoyed it. It’s a little scary though, when you have ideas that float in your head for a couple of years, suddenly appear for everyone to read about.

Are you going to continue writing? What is your next project?

I'd like to engage in the development of kids/family novels and movies, particularly those with meaningful messages that people can learn and enjoy together. I'm doing a summer internship now at a film studio in California. I’m hoping to update the book with more pictures and character sketches.

What else should we know?

My mom passed away last year after a 5-year battle with an illness. Sometimes we think of experiencing seemingly dreadful events as negative, but they can sometimes illuminate surprising elements within ourselves we never dreamed possible. Maybe without my mother’s condition I wouldn’t have had the courage to plunge through all the work to create a book?  Maybe without a stutter I would be a far less caring, creative person speaking in this interview. To me it’s more about finding meaning in our plights than succumbing to them.

ABOUT AKIVA
• I’m from Hollywood, Florida and plan on attending The New School next year in New York.
• I just graduated from high school and am now an intern at a film company evaluating submitted scripts and novels for potential production. I enjoy that I get to work with other people passionate about creating great stories.
• I have two older brothers and a younger sister.
• My hobbies include flying flight simulators, writing, skiing, and improv acting. I am passionate about learning as much as I can.
If anyone has questions, comments, or suggestions for the book, you can reach me at splaverakiva@gmail.com.