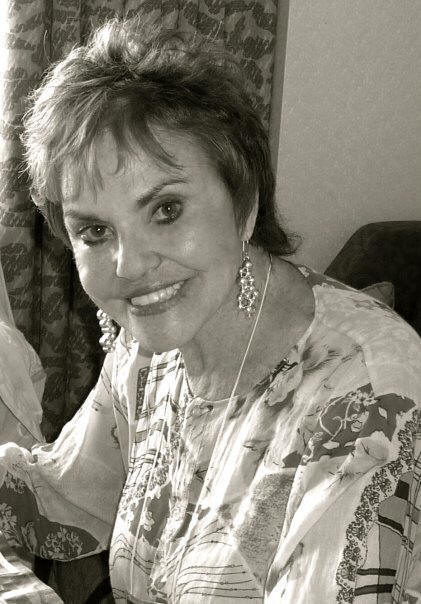 Known for writing the beloved children’s book Stone Soup, Ann McGovern was a prolific author who wrote more than 50 books that have collectively sold millions of copies all over the world. One of the reasons she loved to write, McGovern noted, was that it helped her deal with her stuttering.

Born in New York in 1930, McGovern had a tough childhood, exasperated by what The New York Times referred to as a “profound stutter.” Her father died when she was a young child, after which McGovern and her older sister were sent to live with their grandparents. When they returned two years later, McGovern wrote that her mother “never smiled and hardly talked to us. I read books all the time to escape the loneliness I felt.” In school, McGovern said, “teachers never called on me because they saw how hard it was for me to speak.” Her stuttering proved difficult at summer camp as well. “Everyone had to be in the camp play,” McGovern wrote. “Because of my stutter, I was given the part of a grandfather clock, shaking my head back and forth and making a tick-tock sound.”

According to her autobiography on Scholastic.com, writing helped McGovern express what she struggled to say aloud: “My father died when I was five, and though I shared a room with my older sister, I often felt very alone and sad,” she said. “I stuttered a lot and never spoke in class. Of course I had feelings I wished to express, but since I couldn't talk about them, I began writing poems about my feelings and thoughts. From the time I was eight years old, I always felt better about myself after writing.”

In her adolescent years, McGovern recalled, “I became a good listener because I still stuttered. I always carried a notebook and wrote down ideas for stories and poems.”  After high school, she briefly attended The University of New Mexico, where she fell in love and married her English professor at 19, after her first year of school. They had a son, Peter, when she was 20, and were divorced by the time she was 22. That’s what brought McGovern back to New York City.

Eventually, she got a job in a publishing house, where she stamped the date on pages before they went to the printers. As McGovern tells it, she was in the ladies restroom one day when she happened to overhear a woman say that the publisher needed a children’s book about Roy Rogers, the famous cowboy. That day, she bought a comic book about him and stayed up all night, studying, writing and re-writing until she had a draft. The very next day at work, she handed this woman her new book, who read it right then and there. Roy Rogers and the Mountain Lion was published when McGovern was 23. It would prove to be the beginning of her long and successful career as a published author. Her most popular book, a retelling of “Stone Soup,” was published in 1986.

Eventually, McGovern even faced her fears of public speaking. She accepted invitations to speak to students about writing, and spoke at several educational conferences. She received fan mail from children, teachers and librarians.

As The Washington Post noted, “Stone Soup and other books by Ms. McGovern represented the hard-won success that at times in her life might have seemed very far off.” Ann McGovern found a way to express herself despite her struggle with stuttering, and made her voice known to millions of people across the world.