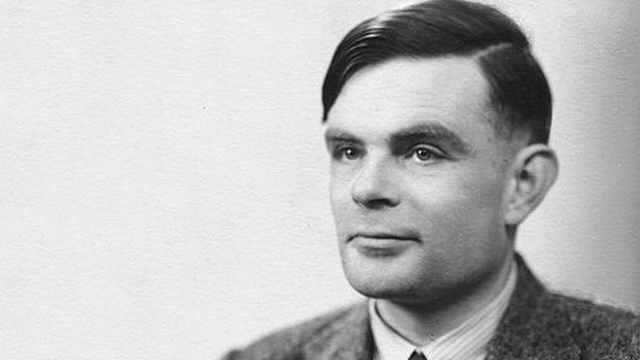 Unknown to the general public at the time of his death, Alan Turing is remembered today as a pioneer in the field of computer science, and the mastermind responsible for breaking Nazi code during the Second World War. Most biographies of Turing also note that he struggled with stuttering. However, Turing never let his struggle to speak clearly hinder his intellectual achievements.

Born in London in 1912, Turing was said to have shown early signs of his intelligence and mathematical prowess, which was often confused with adolescent mischief. Turing was portrayed for modern audiences by actor Benedict Cumberbatch in the critically acclaimed 2014 film, “The Imitation Game.” In an interview to promote the film, Cumberbatch described Turing’s character, and what may have caused him to stutter:  “All of his behavior to me is born out of circumstance," Cumberbatch said. "He's not someone who was just like that at birth. For example, when he was a child, he was with foster parents. And that's when his stutter began.”

In an interview with The Telegraph, Cumberbatch shared that he drew from written descriptions and the memories of Turing’s contemporaries to build the character for the film. “When he did turn and talk to you he had a wonderful smile and was charismatic and encouraging – and polite and fast,” Cumberbatch said, “– but slowed by this pronounced speech impediment that went...’ – his voice begins to rise – ‘very high in pitch, as well as getting stuck on words.’”

While his stutter may have slowed Turing’s speech, his mind was constantly working. During World War II, he worked for the Government Code and Cypher School at Bletchley Park, Britain's top secret codebreaking center. Turing played a pivotal role in cracking intercepted coded messages that enabled the Allies to defeat the Nazis in many crucial engagements, and it has been estimated that his work shortened the war in Europe by as many as two to four years. After the war, he worked at the National Physical Laboratory, where he designed the ACE, among the first designs for a stored-program computer.

Through playing Turing, Cumberbatch felt he discovered something inspiring about Turing and his struggle with stuttering. In a January 2015 interview, Cumberbatch told NPR, “I think what formulated very early in his life was this incredible sensitiveness to the world and his environment and the way people treated him, and that was born out of having a stammer.”

To honor contributions to the field of computer science, the Turing Prize was established in 1966, and is now known as the highest distinction in the field.  Turing’s many accomplishments serve as proof that his stuttering was simply, as The New York Times described it, “a voice trying to catch up with the mind whirring behind it.”