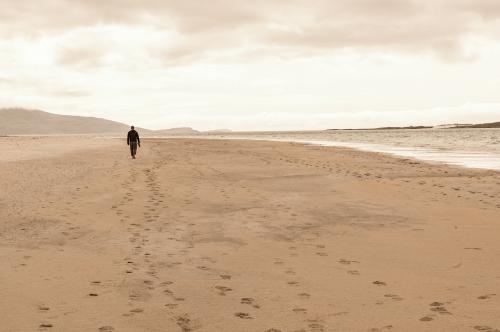 Survivor is my favorite TV show, as anyone who follows me on social media knows. I’ve been watching since I was 12 years old and have seen over fifty different seasons. In “Survivor: Pearl Islands,” one of the most controversial twists was introduced – the “Outcasts” twist where two previously eliminated players had a chance to re-enter the game. The Outcasts, Lillian Morris and Burton Roberts, finished in second and fifth place, respectively. A variation of “Outcasts” was introduced in the 22nd season: Redemption Island. In this variation, two previously eliminated contestants would enter the arena and compete in a duel in order to remain in the game.  The winner would live to see another day and the loser was permanently eliminated.

The way that survivor contestants felt when they learned about “Outcasts” is similar to how I feel about some stuttering situations. The fears that come back to haunt me include phone calls, drive-thrus, microphones and public speaking. Almost every day I compete in some sort of duel against at least one member of my Outcasts. In some of these duels, I have an audience watching my every move. At other times, it’s just me and the situation competing alone. I’ve even had to take on several Outcasts at once.

For years, I would not even enter the arena at all. Instead, I would forfeit the challenge out of fear of how my stutter would present itself. It was my past experiences with each of my Outcasts that caused me to forfeit. I would choose to yell and strain my voice instead of using a microphone because then my audience wouldn’t be able to hear the intimate details of my stutter. Every time I would make a phone call, I would go in room by myself, do many relaxation techniques and create a script for the way I imagined the conversation would go. Before every public speaking presentation, I would sit in a room alone to relax. I simply avoided drive-thrus because every time I used them, I had a bad experience.

When I did decide to enter the arena, I used every tool in my bag of tricks to defeat my Outcasts and win the duel. Yet, even though I “won,” it didn’t feel victorious because I used so many tricks and didn’t act like myself. Over the past a couple of years, I’ve gone from avoiding the Redemption Island arena to entering it with my bag of tricks to now just arming myself with a positive mindset. I approach each situation and look at the Outcast I’m about to face, smile, and say, “You ready?” I’ve learned that the only a tool I need to fight is an open mind. Participating in the challenge, regardless of how fluent I am that day, is always a win. The only way my Outcasts defeat me in our duel is when I don’t enter the arena and face the challenge because of my past experiences. When that does happen, I forgive myself and remember that tomorrow is another day.

One day I’ll fully defeat every one of my Outcasts, leave Redemption Island and get myself back in the game. That will happen when I no longer see my Outcasts as things to defeat, but rather as regular parts of my life. I’m not there yet, but I will be soon.