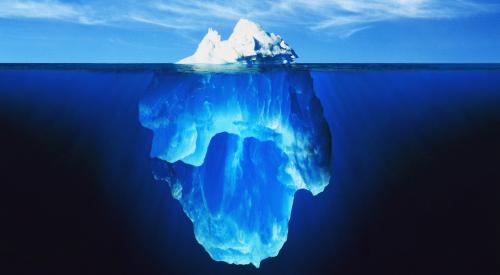 Dr. Joseph Sheehan’s iceberg analogy was recently featured on the Stuttering Foundation’s Facebook page with a massive response from the public. As I prepare to facilitate a weeklong intensive course for teenagers who stutter, it is timely to discuss the significant contribution of the stuttering iceberg. Sheehan’s main message was “Don’t avoid, don’t’ hide, don’t deny your stuttering. The only way you’ll ever get over your fear of stuttering and thus become genuinely fluent; is to meet it head-on. Always do the thing you fear, and gradually you will learn not to fear it.”

Dr. Sheehan was a giant of the field and helped future clinicians to look at the person who stutters as a ‘whole’. Direct work on helping one gain fluency can be helpful in the short term (much like blasting the top layers of an iceberg and not being aware of the dense body of ice below); however, a focus on the thoughts, attitudes and feelings (melting beneath the surface features of an iceberg) can bring about long-term change and self-adjustment.

At different times, a good clinician will focus on both the ‘surface’ and ‘below surface’ features of stuttering. This week, I will definitely be using Dr. Sheehan’s iceberg analogy to help my teen group confront their stuttering in the early stages of therapy. The idea of being open as a teen who stutters, testing listener reactions, and using voluntary stuttering to reduce fear and increase acceptance will also be explored.  As a person who stutters, are you able to confront your stuttering? Perhaps your first step is making contact with a speech-language pathologist from the Stuttering Foundation website?

Below are some resources that may be of interest to you if you would like to know more about the ‘the stuttering iceberg analogy’ and Dr. Joseph Sheehan’s work.

For parents of children/teens who stutter and speech-language pathologists:

Icebergs and Ice cubes – The Value of Discussing Stuttering with Children and Teenagers by Jonathon Linklater, Veronica Lynch and Bevin Muprhy

Dealing with Guilt and Shame by Bill Murphy